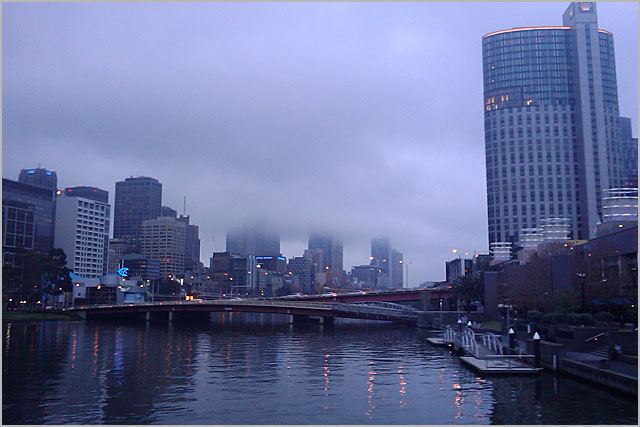 news The Victorian Department of Business and Innovation has gone to market for a major Infrastructure as a Service (IaaS) solution, in a move that comes on the back of a successful Software as a Service deployment at the department and signals its plans to become a leader in the state government in the cloud computing arena.

The department’s mission is to support pro-business policies within the state as well as developing innovative industries, including the technology sector. It includes sub-divisions such as Tourism Victoria and a wide variety of other functions under its umbrella.

In a recently published request for tender document, the department noted that it was currently seeking an IaaS solution for what it described as its pre-production environment. The environment currently consists of development, testing, training and staging platforms for around 100 virtual servers, 149 virtual CPUs and a total of 480GB of RAM and around 18 terabytes of storage space. The department’s pre-production environment is almost wholly virtualised, with only two percent of available services made up of physical servers holding databases — and the department is planning to migrate even that two percent to virtualised environments as it takes up the IaaS solution it is seeking.

It appears as though the department is currently hosting those services with Victorian Government IT shared services agency CenITex. “The Department, at the time of issuing this RFT, advises that it does not intend to replace its current server hosting provider (CenITex) for other services. It is, however, a requirement that Tenderer’s confirm that they are positioned to expand upon the service to incorporate new services, including production services,” it wrote in its tender documents.

The department noted in its tender documents that the following software would be deployed into the IaaS environment when it was provisioned: Red Hat, Windows Server, SQL Server 2000/05/08, Apache, MYSQL, Windows IIS, Linux, PostgresSQL, Lotus Notes mail, Notes DB and IBM Websphere. Later in the document, the department added a range of other platforms to its list. It also sought pricing for those products from the interested IaaS providers.

As is commonly required with Australian government departments, the department noted that it had strict data sovereignty requirements.

“The Department expressly requires that the geographical location of the IaaS Solution is to be fully contained within Australian territory,” it wrote. “In light of the importance of guaranteeing the integrity and security of Government information, if the Tenderer is internationally based, please confirm your approach to the guidelines set down by the U.S. Patriot Act or any other nations mandatory legislation.”

The department isn’t going into the IaaS deployment blind. For starters, it is known to have been an early adopter (for a government agency) of Salesforce.com’s customer relationship management platform from 2007. Analyst firm Ovum has published a detailed case study of the implementation, available from its web site.

Secondly, the department has also conducted a trial of an IaaS solution to get a grip on the technology. Its tender documents state: “In 2012, the Department undertook over a 3 month period, a non-binding arrangement with an IaaS vendor to perform a proof of concept with a number of the Department’s development services. The purpose of the Proof of Concept was solely to test the viability of a start to finish provisioning and normalised operations of an IaaS solution. The goals of the completed Proof of Concept were to ascertain and understand the workings of the IaaS technology, the people needs as well as the process requirements, and determine the overall strategic fit of an IaaS solution for the Department as a viable or non-viable service.”

The news comes as government departments and agencies around Australia are increasingly turning to cloud computing as an alternative to traditional software deployment models. Earlier this month, for example, the Tasmanian Government flagged plans to overhaul its dated whole of government human resources and payroll systems, in a move which will affect some 28,000 employees and may see the state shift its systems into a cloud computing/software as a service model.

In early December last year, in another example, the New South Wales Government added to early signs that it is moving to adopt the kind of ‘cloud-first’ IT procurement strategy which jurisdictions such as the United States, United Kingdom and New Zealand have pursued over the past several years, in a move which could fundamentally change the way the state buys and uses technology.

In a separate briefing in October, NSW Finance Minister Greg Pearce noted that the state was developing a new cloud computing strategy, including talking to IT vendors about the development of a dedicated private cloud platform which could be used by departments and agencies across the NSW public sector. In Queensland, the state’s new LNP administration has publicly canvassed the idea of shifting its failed whole of government email consolidation project into the cloud.

Secondly, I find it highly fascinating that DBI is seeking to migrate its IaaS infrastructure off CenITex (if that is indeed what it is doing, it appears so) and onto an external IaaS vendor. CenITex is itself an IT shared services provider; providing this kind of IaaS solution to Victorian Government agencies should be a no-brainer for it; you’d imagine that creating a state government shared private cloud facility would be something an IT shared services agency like CenITex would be good at. Of course, everyone and his dog knows that CenITex has a boatload of problems right now. It appears DBI doesn’t have that much faith in its IaaS capabilities.