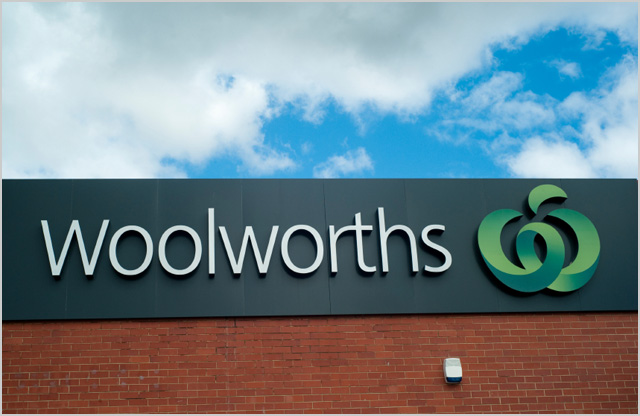 news Google Australia today revealed that retail giant Woolworths had also deployed the search giant’s email application Gmail and other custom applications based on Google Apps to all of its store managers, as part of a nationwide rollout of Apple’s iPad tablet slated to hit some 890 staff.

The deployment of Apple iPads to the Woolworths store managers was revealed in an article published the AustralianIT a little over a week ago. At the time, it was reported that Woolworths was also making some use of Google’s App Engine platform, but the precise details were not clear. However, in a blog post on Google Australia’s blog this morning, Woolworths Head of Run IT Damon Rees noted that each Woolworths store manager had been issued with a Gmail account to go along with their iPad. In addition, a new custom application, Tap for Support, will also be used.

“We also added a custom-made application, Tap for Support, which is built on Google App Engine,” wrote Rees. “Tap for Support is a one-click app that allows staff to log a support ticket with Woolworths HQ. In an instant, a Manager can log a support request for example to fix a faulty freezer and get back to the multitude of other tasks at hand. Tap for Support not only streamlines administrative functions, it also enables our Managers to do it on the move.”

“Having Tap for Support running on Google App Engine means we leverage Google’s infrastructure, not just to host and store the app, but to build it as well. This removes many layers of complexity, and the simple licensing on consumption structure means it can scale very quickly when we need it to.”

Rees said it was very important that the retail chain picked “something that was totally easy to use” for the deployment. “Most people are familiar with the intuitive nature of Google from their personal lives,” he wrote. “As Google is cloud-based and device agnostic, it enables us to work the system across our existing and future IT infrastructure.”

It is unclear to what extent Woolworths is using the wider Google Apps suite, but Microsoft does not yet have a version of its dominant Office productivity suite capable of being run on the iPad without access to terminal software from a company such as Citrix. Because of this, cloud-based software tools such as Google Apps and online storage platform Dropbox are popular amongst iPad users.

News of Woolworths’s Google deployment comes as the search giant’s Apps platform appears to be developing something of a positive adoption trend amongst major Australian organisations. Earlier in August, for example, Google revealed its Google Apps software as a service platform had been deployed to some 330,000 students, teachers and administrative staff at Catholic schools across Australia, in one of the largest local known rollouts of the platform so far.

The news of CEnet’s deployment comes just weeks after media giant Fairfax announced plans to ditch Microsoft’s Office and Exchange platforms for most of its 11,000-odd staff, with the company to become one of the largest known Australian organisations to shift onto Google’s Apps platform for both email and office productivity software.

opinion/analysis
I really love what Woolworths has done here for a number of reasons.

Firstly, this is a perfect example of what I would call a ‘tactical’ IT deployment within an organisation. Woolworths’ IT team has clearly looked at the situation with its 890 store managers located around Australia and put together a micro-project which will instantly allow them to be more effective in their jobs. Using off-the-shelf, predominantly consumer technology, Woolworths has been able to quickly develop and drop in a tactical solution to aid in better store management and customer service.

Secondly, Woolworths has recognised that it has different categories of IT users within its staff ranks. Its store managers probably have a desk somewhere in the bowels of their stores (in fact, I’m pretty sure they do, because I used to work at Big W when I was a teenager, and I’m familiar with the Woolworths/Big W hierarchy), but Woolworths doesn’t really want its store managers to be spending much time at that desk — they probably want them to be out walking the floor, talking to customers and staff, and acting as a resolution centre for the sorts of issues which come up all the time on the floor of a busy supermarket.

Woolworths has a pretty flat store hierarchy without much middle management, and it’s often the store manager who will be fixing a lot of the little issues which come up on a day to day basis. By deploying iPads — a technology many of the managers probably already have at home — Woolworths will be able to incentivise those managers to keep on their feet, while still remaining connected.
There are also other ancillary benefits.

It’s a fantastic look for Woolworths to have store managers walking the floors of supermarkets, making notes on an iPad. To a company like Woolworths, iPads cost almost nothing, but they show that the company is investing in technology in a way which is very visible to customers.

In addition, the iPad is a future-proof platform. The devices don’t have or need a lot of processing power for the apps they use, and like the Telxon scanners that Big W used to use for price checking when I was there 15 years or so ago, the iPads will likely last quite a few years before they need to be replaced. In the meantime, Woolworths’ IT department will, if they value their jobs, be busy integrating all sorts of systems into the iPads, so that every store manager can access absolutely all of the information they need to about their store — stock ordering and inventory, employee rostering and marketing placements, for example — all from their iPad.

The iPad already has quite a few great third-party enterprise tools hooked into it, and I’d be surprised if Woolworths didn’t strongly push down this path, which will ultimately lead to the replacement of the laptops or desktop PCs that the managers use now for many tasks with full-time iPad use, probably linked to a desktop cradle of some kind which Apple will no doubt debut in the future.

Lastly … people love iPads, and I’m sure Woolworths’ store managers are more than happy with their free ones. The fact that they have them will also serve as a visible reminder to lower-level staff of the benefits which can arrive from a Woolworths’ career path, eventually.

Yup. This move is a win, win, win, win, win. A cheap and quick move by Woolworths’ IT department which also plays into long-term IT and business strategy, as well as improving the lot of staff and generating good public relations outcomes. Whoever thought up this one at Woolworths was a fracking genius and deserves an iPad themselves.