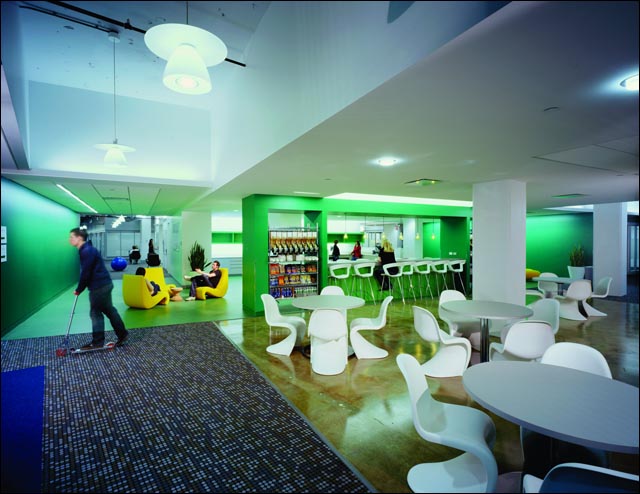 Google this morning fired a broadside directly into the good ship Microsoft, claiming victory over the email platforms of several large Australian companies — Flight Centre and Ray White. But why did the pair choose to dump their incumbent Outlook Exchange platforms and ‘go Google’?

Speaking at an event hosted by the search giant in Sydney this morning, IT chiefs at both companies revealed it was primarily a good cultural match between Google and their own organisations that fuelled the relationship.

The problem of storing data offshore, outside Australia’s legal jurisdiction, is often mentioned as a barrier to adopting Google Apps (especially in the public sector) — and indeed, Google was unable to provide Australian examples of large government customers at today’s event. However, security wasn’t a problem for either Flight Centre or Ray White– although both noted they had closely examined the issue — and both stated they wouldn’t keep sensitive company information such as financial documents on Google’s platform.

Flight Centre CIO Peter Wataman said his company had evaluated a variety of email platforms when deciding to move from his company’s Exchange environment (hosted by IBM) — platforms hosted internally or managed by a service provider, or in the cloud. The choices were narrowed down quickly, and Flight Centre now has some 3,000 users on the platform, with the plan being to roll out Google’s applications outside Australia by the end of the financial year.

“To be brutally honest with you, the key decision was not only around the technology, but [also] the cultural alignment,” he said.

When Flight Centre was evaluating the technology, Wataman said, his team went out to the company’s staff in a survey and asked them whether they had used anything like Gmail before. Somewhere between 80 to 90 percent of the staff said they had.

The second question asked, he said, was whether the staff would use the technology in a work environment — and over 85 percent said yes. “Our people were very excited about it — we were actually being asked when it was coming,” Wataman said, noting that staff generally didn’t get that excited about technology upgrades.

It took Google about six months — starting from 12 months ago — to convince Flight Centre to shift to Google Apps, Wataman said. It was a large decision — the company has about 100 terabytes of data wrapped up in its email systems, and it had disparate systems scattered around the globe.

Other attractive factors around the Google platform included the fact that Flight Centre wouldn’t need to update its systems simultaneously around the globe — with upgrades being slipped seamlessly into Google’s cloud platform. In addition, new, “crazy” features were to be integrated in the next six months, Wataman said — a short time frame which impressed Flight Centre.

It was a similar situation at Ray White, which this morning revealed it had rolled out Google Apps to some 10,000 staff in total, in addition to building a property management system on top of Google’s App Engine. Like Flight Centre, Ray White had been running Outlook and Exchange — although it also provided a much simpler POP-based email platform to its wider network.

Ben White, the company’s director of IT & property management, said the company had never had an ability to merge its culture with technology upgrade cycles. The company’s dispersed model meant it had a culture which was fundamentally about empowerment — with White describing Ray White as being composed of “1,000 businesses, all run by entrepreneurs”.

In comparison, the traditional IT model was more about “command and control … enforcing policies and telling people what to do”.

“In many respects, we’ve sat out IT for the past ten years,” said White — noting that most of Ray White’s offices had invested in their own infrastructure — servers and so on — to suit their own tastes.

As a consequence, the company thinks about Google Apps as less about just an email story — and more about how the company could build a platform for its internal entrepreneurs to building their businesses on. Hence the company — starting two years ago — has built what it calls its ‘Generation 5’ platform based on Google Apps.

The company now has seven different applications built on Google Apps (two of which are the property management system and a new online advertising solution) which comprise that portfolio. “We don’t have a single server any more on that side of the business,” said White. And the exciting thing for the executive is actually the future.

“The ‘To Do’ list is longer than when we started,” he said. “It’s exciting, quick — it’s about ideas. That’s the culture that we have as a company.”