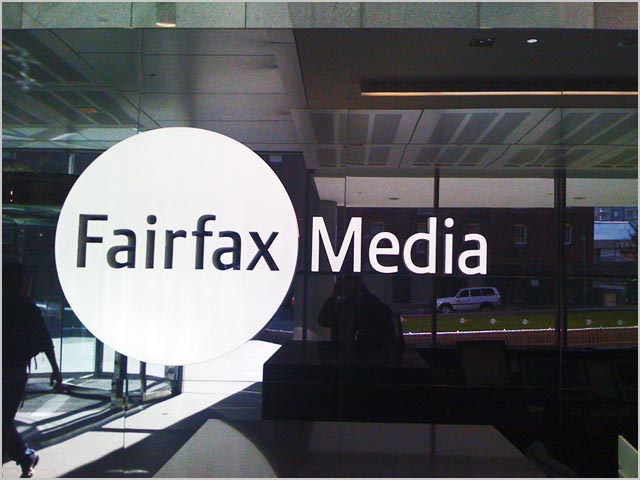 news Media giant Fairfax has announced plans to will ditch Microsoft’s Office and Exchange platforms for most of its 11,000-odd staff, with the company to become one of the largest known Australian organisations to shift onto Google’s Apps platform for both email and office productivity software.

The Fairfax Media group comprises metropolitan, rural, regional and community publications and websites across Australia and New Zealand. High profile mastheads include The Sydney Morning Herald, The Australian Financial Review and The Age, along with their corresponding national news websites. The company is believed to have in excess of 10,000 staff, with the figure close to 11,000 as of the middle of last year — although it is currently going through a round of redundancies.

In a statement issued yesterday, Stuart McLean, Google’s head of its Enterprise division in Australia and New Zealand, said that Google Apps was a central part of the company’s “Fairfax of the Future” program transforming it into a “digital first” media organisation.

“By taking up the heavy lifting of storing data and managing infrastructure, going Google will allow Fairfax to focus on being a media company and not worry about also being an IT provider,” McLean wrote. “And the real-time collaboration in Docs and communication facilitated through Talk and Google+ Hangouts will allow reporters and editors working in various locations to overcome geographical barriers.”

Google Apps reseller Cloud Sherpas will be working with Fairfax to ensure all staff have access to Google Apps by November 2012. The Financial Review has reported that Fairfax expects to save at least forty percent of its previous expenditure in the area by switching to Google Apps, although some “power users” will continue to need Microsoft Office and run it alongside Google Apps.

The news represents the first switch to Google Apps by a major Australian organisation announced this year. Although it announced a swag of sizable new Apps customers throughout 2010 and some in 2011, such as real estate agency Ray White, travel booking service Flight Centre, packaging company Visy and airline Jetstar, Google had not this year revealed any new major wins, with many in the IT industry believing that the momentum in the office productivity sector had swung back to Microsoft, with its ubiquitous Office and Exchange ecosystem.

In fact, Microsoft has begun to announce sizable new customers of its own software as a service office productivity application Office 365. Last week it announced that home appliance rental franchise chain Mr Rental had deployed Office 365 to more than 90 stores across Australia and New Zealand.

Much of Google’s momentum in Australia had come either through the small business space, or in educational institutions. In October 2011, Queensland’s Griffith University became the latest educational institution to shift its staff email accounts into Google’s cloud, announcing yesterday that it would ditch IBM’s troubled Lotus Notes/Domino suite as it did so.

opinion/analysis
I have worked for Fairfax, at the Financial Review newspaper, and I have to say that I view this rollout of Google Apps at the company with a high degree of scepticism.

In many large organisations, such as retailers, manufacturing companies or hospitals, solutions such as Google Apps can be quite useful, because they provide a low-cost way for those organisations’ periphery staff to get access to a basic level of services. For example, it makes sense for an organisation like Jetstar, whose staff mainly work directly serving customers on aircraft or in terminals, to provide Google Apps to those staff, because they only need occasional light computer access. The same can be said of universities providing Google Apps access to students, or perhaps retailers providing access to Google Apps via in-store terminals.

But Fairfax Media is a fundamentally different type of company. It is a company composed almost solely of knowledge workers: staff who sit in front of their computers day in, day out, and manipulate information. Journalists and editorial production staff creating publications such as newspapers, magazines and web sites, sales staff communicating with marketing professionals and putting together proposals; administration staff and so on.

These are not ‘light’ users of Microsoft Office; they are heavy users. I know this business well, because it is my business: Publishing.

In this context, I do not expect that most of Fairfax Media’s staff will welcome the company’s switch to Google Apps. The truth is that for all of its advancements, Google Apps still has nowhere near the features that Microsoft Office does, and I do not believe it to be well suited to heavy knowledge worker environments such as media companies, financial institutions, government departments and so on.

Consider, for example, a situation where a journalist who needs Office to access the full version of a complex government tender document with a thousand differently formatted fields. Or a sales team which needs to produce a perfectly formatted document in Word to send to a client. As a journalist and publisher, I have frequently been in these situations myself, and I can tell you, although I have tried to use Google Apps for many tasks in the past, it really just does not cut the mustard yet for complex knowledge management work.

What I expect to happen at Fairfax is that although the deployment of Google Apps will go ahead, most staff will really only use the core Gmail functionality (which is fantastic, and totally fit for purpose for knowledge working), and Google Chat for instant messaging, but will continue to use Microsoft Office primarily for other office productivity tasks, with Fairfax saving much less than it previously believed on Microsoft licences.

Fairfax will end up with a weird ‘half, half’ office productivity culture, where some staff will be using Google Apps full-time, but many others resisting the change and sticking with Office. Because of this, the benefits of Google Apps will be felt less across the business than its IT management is expecting.

An attempt to integrate Google Apps into its business is a good move for Fairfax. It’s a move which will save money, it will be welcomed by some staff, and it will help to progress the company and its sometimes conservative staff base towards a more nimble future. But it’s not going to be the nirvana that Google loves to hype up with its “Going Google” campaign. It’s very much going to be a mixed bag. You’d think that Fairfax’s IT management would understand this … but then again, when I was there I had a hard time even getting Firefox installed on my somewhat aged desktop machine.

As an interesting side note, Fairfax’s chief information & technology officer Andrew Lam-Po-Tang has been in his role at Fairfax for about six months, according to his LinkedIn profile. The executive has a strong history in corporate change management courtesy of his extensive history with Boston Consulting Group and other consulting firms. It will be interesting to see where Lam-Po-Tang takes Fairfax’s overall IT strategy in future.