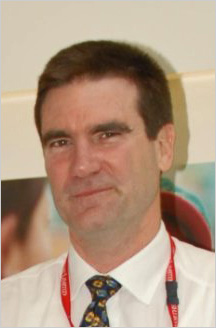 news UK retail chain Morrisons has poached long-term Woolworths chief information officer Dan Beecham, in a move aimed at applying the executive’s substantial skills in retail IT transformation to IT systems Morrisons itself has admitted are severely aged.

Beecham has been CIO at Woolworths for the past six and a half years, in which time he helped oversee one of Australia’s largest technology transformation projects, Project Refresh, which totally overhauled the retailer’s supply chain distribution systems, tying Woolworths closer to its many partners and gaining it a substantial advantage in the delivery of fresh food and in cutting back-end costs, compared to rivals such as Coles.

However, the executive didn’t stop there. Over the past several years, Woolworths has been engaged in a number of smaller technology projects which have again positioned it as an innovation leader when it comes to the use of IT solutions in retail. In April this year, for example, Woolworths revealed it had decided to shift its 26,000 employees to the cloud-based Google Apps platform.

That move followed a decision in August last year to deploy Gmail to Woolworths store managers, and the retail giant also deployed Apple’s iPad tablet to the same staff, as well as switching away from the BlackBerry platform for its corporate smartphone fleet and onto Apple’s iPhone handset.

Beecham has also pushed Woolworths to further cut its IT costs over the past several years. In January this year, the company kicked off a significant IT infrastructure outsourcing initiative involving Indian giant WiPro, while in April 2010 it revealed plans to break up its long-term telecommunications contract with Telstra into smaller parts, in an effort to achieve better scalability of services and cost savings.

The CIO’s departure from Woolworths appears to have first been reported by UK magazine RetailWeek last week. The magazine pointed out that Morrisons chief executive Dalton Phillips had recently bemoaned the company’s out-dated IT systems. “We’ve been running a 21st century business on systems and infrastructure firmly stuck in the 20th century,” Philips said. Morrisons is reported to be investing £310m in its systems over three years to the end of January 2014.

In a statement confirming Beecham’s departure this afternoon, a Woolworths spokesperson said: “Dan is been a valued member of the team here at Woolworths and we wish him well for the future. We are currently in the process of recruiting at new CIO.”

The news comes as Wesfarmers is also known to be applying the whip hand to the IT systems of its subsidiary, Woolworths rival Coles. In 2010 the company said it was deploying a new stock replenishment platform, while it has also been engaged in deploying new platforms internally such as SharePoint online, Oracle’s Exadata Database Machine and Microsoft Hyper-V.