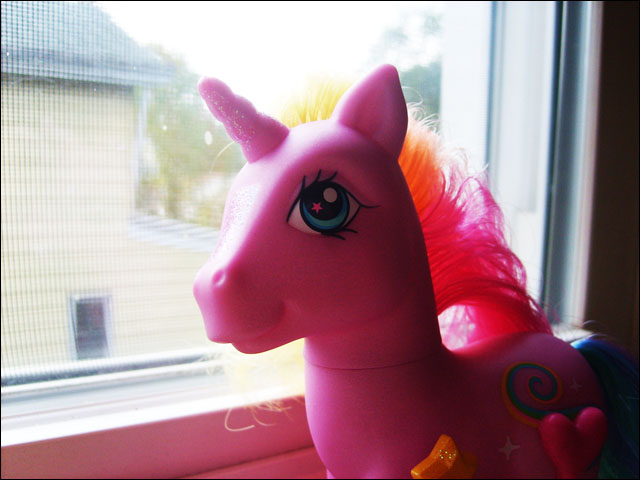 opinion This week Google finally launched its Google Fiber service in the US. But don’t be lured by the company’s sweet, sweet promises of cheap, unlimited fibre broadband to your home. Australia’s National Broadband Network will be five times as good as Google Fiber. And here’s why.

Over the past week, since technology giant Google unveiled its Google Fiber service in a glitzy press conference in the United States, I’ve been deluged with a steady flow of emails and Twitter messages from readers asking me for my thoughts on the service. Well, thanks to your constant pestering, I’ve finally cracked and consented to do an article on it. That’s customer service. Now quit your incessant nagging and listen up.

There is no doubt that Google Fiber represents a fantastic service which holds amazing potential for those who love the Internet. For just US$120 per month, the company is offering those in its early rollout zones symmetrical gigabit (that’s 1Gbps both ways) upload and download speeds with no download quotas, on a two-year contract, with bundled TV channels, a Nexus 7 tablet, storage and network hardware for your loungeroom, a terabyte of online storage space and a free magic pink unicorn to serve all your needs.

OK, I was kidding about the pink unicorn. But there’s no doubt that Google Fiber, at first glance, appears to represent broadband nirvana. It has amazing speeds and no download quota, with everything you’d want bundled in, at an affordable price, and even a free option at 5Mbps for those who only need the basics.

But look beyond Google Fiber’s alluring surface beauty, and you’ll find, as I did when analysing the service today, that there’s a lot which Australia’s own National Broadband Network project offers which Google Fiber doesn’t. In this article I’ll attempt to outline a few of these so you can see that the US doesn’t have all the shiny toys when it comes to broadband and that in fact, the Yanks have good cause to be jealous of us for a change.

1. The NBN’s not fantasy
Face it: Like the Loch Ness monster, Yetis and pink unicorns, Google Fiber is a fantasy dream which will never, ever, reach Australia in a million years. Google claims the project will be profitable, but so far it’s only being rolled out in one city in the United States, and I would be willing to bet a hojillion dollars that in a few years’ time, Google will realise that it really would rather sell advertising than be a fully-fledged telco with all the low margin hassle that entails, and get out of the business altogether.

In comparison, Australia’s Government-backed NBN is actually being rolled out right now, and its fibre will hit 93 percent of Australia’s population within eight or so years. And even if the Coalition wins Government and substantially modifies the project, we’ll still likely get a fibre to the node network a few years down the track which will feature pretty decent speeds compared with ADSL. Compared with a fantasy (that is, nothing), this sounds pretty good.

2. The NBN won’t lock you into one company
Say you’ve been using Google Fiber for a few years and Google decides to dramatically ramp down the quality of its customer service, implements an annoying data quota and limits your speed to cut overall costs on the network. What do you do? Your best bet is to complain to your customer service rep about it — if they would ever take your call from their outsourced Malaysian call centre.

In short, Google Fiber is a traditional monopoly. You either politely put up with whatever Google gives you, or you go back to the nasty old world of slower, more expensive, crankier alternative providers, which in the US basically means traditional cable companies like AT&T (joy). If Google goes bad and you want to dump it, odds are you’ll be stuck in the middle between a rock and a hard place.

On the NBN, you get all the same technical advantages of fibre, but dozens more choices in terms of broadband plans and providers. Tired of Telstra? Go to Optus. Irked by iiNet? Pick TPG. It’s your choice — a choice you don’t have on Google Fiber.

3. The NBN’s not a privacy minefield
Privacy’s kind of an issue for Google. The company has all but admitted that its controversial ‘Search Plus Your World’ strategy is an attempt to use social networking data to build up complex profiles of its customers — information which will help it to target ever more precise advertising at those users, who so innocently believe all of its services — from Search to Android to Google+ to Gmail — are provided for free out of the kindness of its heart. Well, the reality is they’re not, and it’s inevitable that Google will link its Fiber service into this growing network somehow so it can target you even better. Do you really want your telco to be the same company who handles all of your search engine requests, email and social networking, the arbiter of your complete network and application stack? I didn’t think so.

In Australia, telcos generally just do that — telecommunications services. iiNet isn’t also an Internet search engine, and Vodafone doesn’t host a major social networking site. You can separate out your services, and hopefully, achieve some measure of privacy — privacy which Google has historically had a bad record on. And again, if you are annoyed with any one Australian ISP on the NBN, you can easily pick another — which you can’t do on Google Fiber.

4. Missing pay TV options
If you read the fine print for Google Fiber you’ll find there’s a fair amount missing from its TV subscription package. You can’t yet get the ESPN, Disney, AMC or HBO channels, for example — channels which are considered some of the biggest and most popular networks in the US. Shows like The Wire, The Walking Dead, Breaking Bad, Mad Men, Game of Thrones, Deadwood and more were produced by these US cable giants and are not available through Google Fiber (although a lot of other, generally less popular options are).

In Australia, it’s likely that many of these type of quality shows will be imported through Foxtel/Telstra and make their way onto the NBN. You will be able to watch them legally, as you can now with the current pay TV channels in Australia — and, thanks to Foxtel’s merger with Austar, we can also expect them to arrive more widely through independent companies such as FetchTV. But Google Fiber subscribers might be forced to turn to channel BitTorrent to get their fix, if the company isn’t successful in its negotiations with these US cable giants. What about Netflix? Well … HBO just told the company to take a short walk off a long pier. That’s right — Winter is probably coming sooner or later for NBN subscribers, but right now, Google Fiber users might as well be on the other side of the Wall.

5. You have to beg
So you live in Kansas City in the US, and you want to sign up for Google Fiber. Well, here’s the bad news. Unlike the NBN, which has its early rollout zones defined by the engineers and planning types at NBN Co based on a variety of factors to maximise everyone’s long-term interests, in a complex but likely pretty fair national balancing act, if you want Google Fiber, Google wants those interested in Fiber to go to its website and register their enthusiasm, along with a $10 fee.

As DSLReports.com chronicles, communities that “rally” the most (can you can hear the Orwellian Googlespeak in action?) and demand the service will get it earlier. So in other words, the communities who are the most organised and make the most noise, which will likely be the richest neighbourhoods, will likely get Google Fiber first. And in general, to get fibre at all within a decent timeframe, you’ll have to get your neighbours together in odious community propaganda campaigns, convincing them one by one to support your burning desire for hot gigabit fibre. When you consider how messy and political this process is likely to get, the NBN’s admittedly controversial rollout process starts to seem downright predictable, stable and sensible.

In conclusion, does the NBN have its problems? Sure it does. It features an epic decade-long rollout timeframe, it’s the subject of a highly political point-scoring debate, and it’s winding back infrastructure competition in Australia’s telecommunications sector through shutting down every competing network.

But compared with Google Fiber, which is a single carrier monopoly which will never roll out infrastructure in Australia, delivered by a company which has a problematic history with privacy and which hasn’t been able to get the US content companies Australians love on board just yet, coupled with an application process which has more than a whiff of free Google PR and community propaganda associated with it, the NBN looks as solid as rock.

Between Google Fiber and the NBN, I’d bet on the NBN being the project which actually gets delivered. Like most of Google’s pet side projects (hello, Google Wave), Fiber is a field of dreams with dancing pink unicorns which will never be a reality for the overwhelming majority of the people currently excited about it. Those who think I’m wrong can check back on this article in ten years from their shiny gigabit NBN connection and admit it was Stephen Conroy who was the true visionary — and not Larry Page.