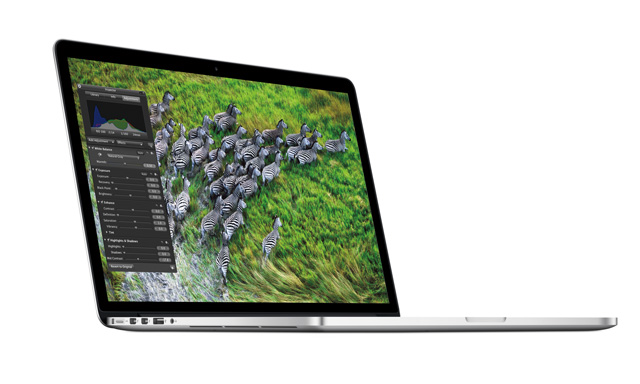 news Iconic technology giant Apple appears to have broadly harmonised the Australian prices of its MacBook laptop line with its US pricing, with its new line-up of products released overnight to cost broadly the same locally as they do in its home country.

The company has been severely criticised over the past several years for unfavourable pricing habits which have seen Australians pay substantially more for the same products launched in Australia. When Apple last refreshed its MacBook Air line-up in July 2011, the company’s Australian retail prices were substantially higher than its US prices — sometimes up to AU$300 higher for a mid-range laptop or $AU$270 for the company’s new Thunderbolt Display.

This kind of markup has earned the company a great deal of censure from local politicians, media outlets such as Delimiter and other organisations such as Australia’s Productivity Commission. In October 2011, Liberal NSW Fair Trading Minister and Liberal MP Anthony Roberts claimed Apple was “price gouging” the Australian public. In August last year, the Productivity Commission has sharply criticised international manufacturers for marking up their prices for the Australian market in the draft of its landmark report into the retail sector, particularly singling out Apple in its examination of how so-called “regional price discrimination” affects local consumers.

And Apple has long been a prime target of Federal Labor backbencher Ed Husic, who has been the driving force behind a long-running campaign to get answers from technology giants such as Adobe, Microsoft, Apple and others as to why they felt it was appropriate to price products significantly higher in than the US.

However, analysis of the Australian retail prices of Apple’s new line-up of MacBooks Pro and Air announced this week in the US has shown that the company has broadly harmonised its Australian prices with its US prices once Australia’s 10 percent Goods and Services Tax is taken out of the equation, with Apple only charging a small percentage between 0.49% and 3.65% extra for the same products in Australia. This amount can be attributed to a higher cost of operating in Australia’s market, which has a vastly reduced scale compared with larger markets such as the US. Apple’s new Mountain Lion operating system will cost virtually the same in Australia as it does in the US.

The news is not the only one which Apple has taken in the Australian marketplace over the past year in ongoing moves to harmonise local pricing. In July 2011, Apple confirmed that prices in the company’s iTunes App Store had been changed to be identical below the fourth tier of prices to pricing in the United States. For example, previously in Australia the cheapest an app developer could set a paid application was AU$1.19. In the US, that would have sold for just US$0.99, but after today’s pricing scheme updates Australians can now buy the same app for 99c as well. Prior to the changes, Apple’s pricing scheme saw apps sold with a significant surcharge in Australia.

The news comes as the company is expected to be invited shortly to attend the Federal Parliament’s inquiry into local price markups on technology goods and services, with the committee overseeing the initiative recently issuing its terms of reference and calling for submissions from the general public on the issue.

opinion/analysis
If there is one thing which we’ve learned about Apple, it is that the company does not like communicating to the public about what it’s plans are. Over the past several years since Labor MP Ed Husic started raising Apple’s Australia tax as an issue, Cupertino has issued nary a statement on its pricing situation. We don’t really know what Apple Australia MD Tony King and his merry band of Apple staff think of the issue in general.

However, it seems clear now that someone at Apple has been listening to the constant public discussion about Australia’s so-called technology tax. Following the company’s pricing changes announced overnight, there will be very few products in Apple’s portfolio which will be significantly more expensive in Australia compared with the US.

I want to praise Apple for this fantastic move to give a little back to Australia and reward the nation’s long love affair with its products (Apple gear is even more popular Down Under than it is overseas, by market share). It’s fantastic to see a company respond to public criticism in this way, and I applaud Apple’s pricing moves. Now if only other technology vendors such as Adobe, Lenovo and Microsoft would follow suit.

Of course, it’s not as if this pricing change will be much skin of Apple’s back. In its annual set of financial results published recently with the Australian Securities and Investments Commission, Apple revealed that it made $4.88 billion in revenues from its Australian division in the year to 24 September 2011. That figure was up $1.29 billion compared with the previous year, in what is believed to be an unprecedented annual revenue jump for a technology company operating in Australia. Apple Australia’s financial results for the 2008 financial year, published by ZDNet.com.au several years ago, show the company was at the time making less than a quarter of that revenue — $1.16 billion. And in 2006, the company was making much less — just $717 million a year.

Sounds like Apple can afford to lose a few percentage profit points here and there.