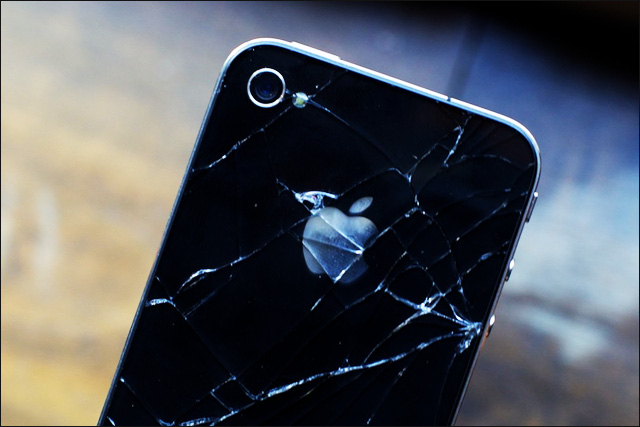 Australia’s Productivity Commission has sharply criticised international manufacturers for marking up their prices for the Australian market in the draft of its landmark report into the retail sector, particularly singling out iconic technology giant Apple in its examination of how so-called “regional price discrimination” affects local consumers.

In its report released last week, the Commission said it was aware of the “longstanding practice” by which some international product suppliers set regional prices which effectively treated consumers in one region as “willing, or able, to tolerate significantly higher prices than those in other countries”. The comments were first reported by ZDNet.com.au.

Some suppliers, the Commisison said, had attempted to defend such price hikes by attributing them to the cost of supplying “a remote and relatively small market like Australia”.

However, it added, “these arguments in most cases are not persuasive, especially in the case of downloaded music, software and videos, for example, where the costs of delivery to the customer are practically zero and uniform around the world”.

The Commission particularly singled out Apple in its analysis, noting that price differences on the cost of applications, video and music downloaded from the company’s iTunes music store was “a common example raised as reflecting international price discrimination against Australian consumers”.

“For Apple, strong brand loyalty from consumers which drives higher demand for their products and a lack of competitive rivals in Australia has helped sustain the price discrimination,” the Commission noted, recognising that consumers were finding workarounds such as other music and video streaming sites, or using fake American billing addresses to buy content from Apple’s US store.

The news comes as debate over Apple’s prices has recently been raised in the Federal Parliament by Labor MP Ed Husic, who criticised Cupertino and other technology companies in late March for hiking prices in Australia. At the time, Husic noted he would write to the managing director of Apple Australia seeking answers on the matter, although it is unclear as to whether Apple has yet responded.

Since that time, however, Apple has taken several steps to bring more uniform pricing to Australians; with some App Store prices becoming very similar across jurisdictions after an update in July.

In addition, although prices on Apple’s new Mac line-up released in late July still displayed some price differences between the US and Australia, a number of commentators flagged the markup as being less proportionally than in the past.

Apple wasn’t the only technology vendor to be singled out in the Productivity Commission’s report.

In one example, the L.A. Noire video game cost as little as AU$48.98 when purchased from one international retailer, but as much as $104.99 in Australia — despite the fact that the game was actually developed in Australia.

“It is widely and frustratingly understood by adult gamers in Australia; we are grossly discriminated against when it comes to retail prices on video games (as well as other retail products),” wrote one video gamer in the Productivity Commission’s report.

“My personal level of frustration grew even further as the Australian dollar reached parity with the United States dollar and prices here only climbed. Still we are being told to pay more than double in retail stores.”

Retail giant Harvey Norman also came under attack, with the Productivity Commission quoting an article which stated the same LG refrigerator had cost AU$2,500 at a Harvey Norman store — but under US$1,500 through Amazon to consumers in the US.

Shades of grey
However, the picture may not be as black and white as it appeared.

The Productivity Commission’s report also noted that Australian retailers suffered higher costs than some of their international peers — such as higher wages, higher rent and more. Some of the price rises may also be taking place at the distributor layer rather than the retailer layer — with retailers being forced in some cases to pass the costs on to the consumer.

In April last year, after it released its CS5 Suite, Adobe raised the cost of doing business in Australia as a key factor in how it set its prices.

In late April this year, after the video game Portal suffered price hikes for the Australian market, Ron Curry, the chief executive of the Interactive Games & Entertainment Association, which represents a number of large and small games manufacturers locally, raised other issues to help explain local prices, such as the cost of shipping boxed copies of video games to remote retail outlets across Australia.

With large amounts of mandatory annual leave allocations, public holidays (such as the Easter long weekend just passed), superannuation, high levels of taxation, occupational health and safety insurance and more — local regulations also ensured it was “very expensive” to run a company locally, according to Curry.

Lastly, Curry pointed out that much of the time, wholesale prices were set in the US and the UK and then imposed on Australia. If the value of the Australian dollar appreciated, Curry said, international distributors may up their price as well, to maintain their own margin on sales — with Australian retailers being caught in the middle.

“Some Australian retailer submissions highlighted the wholesaler or distributor prices which put pressure on their cost of goods, and as a result, their sales prices to consumers,” the Productivity Commission noted in its report.

The Commission is taking written submissions to help shape its final retail report until the 2nd of September. The draft report is available online in full.