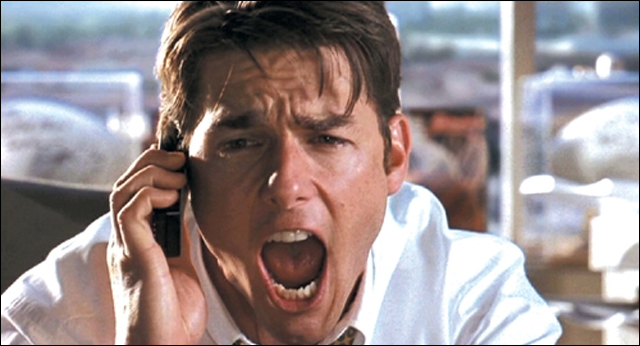 opinion If there is one thing I am absolutely sick to death of, it is the pathetic rantings of die-hard Lotus Notes fanboys about how technically superior their product is, and how everyone else who isn’t drinking the IBM kool-aid is somehow incredibly “biased” and don’t understand Notes’ obvious superiority.

Let me walk you through an average day in these people’s lives.

Courtesy of their Google Alerts set on key search terms like ‘Lotus Notes’ and ‘Domino’, when they slouch cringingly into their Office Space-esque working environments just before 9AM every morning, they receive an annotated list of stories posted on global websites about how yet another mega-corporation has dumped Notes, typically in favour of the ultimate evil and hated destroyer of worlds, Microsoft Exchange.

Instantly, and despite the fact that this happens every day, the fingers of these Lotus Notes’ fanboys tighten in terror around their 1980’s IBM-branded coffee mug filled with weak herbal tea. Their throat seizes up as if they are having an asthma attack, and a series of short, disjuncted noises issue from their mouth as they gaze fixatedly at the screen, their beady eyes unable to look away from what they perceive as a horriffic event.

Then, setting the tea down shakily, these Lotus fanboys scrabble with gnarled fingers at the keyboard and mouse until they find the comments section of the website concerned. “BIAS!!!” they scream. “This journalist must be BIASED against Lotus! He’s on the Microsoft payroll! Look at all the Microsoft advertisements on the site! It’s a CONSPIRACY!”

They then proceed to outline in amazingly detailed prose the technical reasons why the Lotus Notes/Domino ecosystem is inherently better than Microsoft’s Outlook/Exchange alternative. The extensibility of the platform. The number of third-party additions. Its easy upgrade path. The fact that you can now get it “in the cloud” with Lotus Live. Its better security and integrated collaboration features.

Without fail, they punctuate their article with yet another, slightly more veiled jab at the journalist writing the article, before collapsing briefly into their chair as their anger dissipates and they raise their mug of herbal tea once again as a knight in the Crusades would have raised his sword, believing that they have righted all wrongs and put the world to harmony once more. “I showed him,” they think, and start preparing the daily email to their chief executive justifying why their company’s Lotus email system won’t sync with his mobile phone.

We received the perfect example of this yesterday, after we published an article about local company Steinhoff shifting to Microsoft’s hosted BPOS platform.

“This is the most emotive and biased article I have read for a long time. This is not information, it is Microsoft propaganda and shows your organisation and your so-called reporting to be nothing but an arm of the Microsoft marketing,” screamed an individual named Paul. “Grow up and give us some real news backed by facts, not your obviously biased opinion.”

Thanks Paul. I deleted your comment, because unlike those of other readers, it had nothing constructive to add to the conversation. Actually, I enjoyed doing so, because I am a former systems administrator and I can be petty like that at times (see the Bastard Operator from Hell). But I re-publish it here as a prime example of the case I have described above.

The problem with Lotus Notes fanboys is that they are incredibly hypocritical. Long-term readerswill know that this author has written dozens of articles over the past several years about email platform migrations in large organisations. Yes, many of the stories have been about Notes/Domino customers migrating to Microsoft Outlook/Exchange, and there is an undeniable trend in this direction. However, we’ve also written many stories about organisations migrating off every platform under the sun and onto Google’s Apps suite, which is in direct competition with both IBM and Microsoft’s options.

But here’s the thing: The Lotus Notes fanboys never come out of the woodwork to discuss the situation when a Microsoft customer goes Google — or even onto another platform like Zimbra. They only get excited and jump up and down when Lotus is involved. They have absolutely no interest in discussing organisations’ actual email needs logically and rationally in the context of their businesses — they just want to impotently scream bloody murder whenever their personal lovechild takes a bodyblow.

Ironically, whenever we write a story about an organisation ‘going Google’, it’s the Microsoft fanboys who list us as their number one public enemy. I’d bet Microsoft fanboys are probably a little better dressed than Lotus fanboys, but they still scream similar things at us.

“BIAS!” they scream. “Gmail is not ready for the enterprise! It’s insecure because it’s hosted overseas and the US Patriot Act means the Government can see up your skirt! Look at all the Google ads on the site! This journalist must be on the Google payroll! It’s a CONSPIRACY!”

It’s remarkable how similar Lotus and Exchange fanboys are — almost as if they were separated at birth. It would be as if Pauline Hanson and Sarah Palin were originally twins but grew up in separate households and came to form the same ridiculous views but for completely different reasons.

Right. Now that I’ve insulted all of the Lotus Notes fanboys sufficiently to get their attention and send the Google Alerts emails springing like demonic hyperactive mice into their inboxes, I want to get to the real point of this article: To issue an open amnesty and invitation to them in bulk.

The thing about most technology journalists is that although each probably has an email platform that they prefer, because we’re all heavy users of email, we’re not usually paid to express an opinion about that (although sometimes we do) — we’re usually paid to report on the news of the day and describe what’s happening out there in IT departments around the world.

I say this to make the point that I would LOVE to report on new deployments of Lotus Notes/Domino. I’m FASCINATED with the current state of enterprise collaboration (as geeky as that may sound) and I’ve been reporting on this space for the better part of a decade now, after working as a systems administrator on mail systems and other assorted and sundry items myself.

The problem is that I simply have not been able to find any new deployments of Lotus Notes/Domino in Australia at all for the past several years, so despite my best efforts to the contrary, I have to go on reporting new Exchange and Google Apps deployments — and even new Zimbra rollouts — because I simply do not know of any new Lotus ones.

Where possible, I have reported on Lotus Notes upgrades. I really enjoyed doing that, because I got the chance to tell a different story from the same old, Organisation X dumps Lotus Notes for Exchange/Google Apps yadda yadda yadda. And also, again, as dumb as this sounds, I like talking to IT managers, systems administrators and CIOs about their systems. I’m just wired that way.

So today I am issuing an OPEN INVITATION and AMNESTY to Lotus Notes fanboys.

If you come up with an Australian organisation who is deploying a new installation of Lotus Notes/Domino of 100 seats or more, I will guarante to interview them. I will guarantee to write a story of at least 500 words and probably longer about their deployment. If they will let me and it is in Sydney, I will even physically travel to their office and do a video interview with them.

This guarantee also extends in part to those upgrading old installations of Lotus Notes. I guarantee that if you can come up with an organisation of 500 seats or larger who is upgrading their copy of Notes/Domino, I will guarantee to interview them as well and publish a story.

I issue this amnesty so that it is on the public record that I am not a “BIAS” journalist and that I am interested in email platforms of all stripes. If I break my word on this, please feel free to slander me in public as much as you want to.

If I do not receive any invitations to interview Australian Lotus Notes customers over the next 12 months, you must acknowledge this. You must acknowledge that IBM’s precious email and collaboration platform is suffering a slow and prolonged death by a thousand cuts, and that it will shortly be consigned to the graveyard of history as Microsoft and Google divide up its once strong empire between them.

If, Lotus Notes fanboys, you do not come up with the goods in the next 12 months and let me know about some new Notes/Domino customers, you must quit your incessant bitching that journalists are “BIASED” and walk away. It would make me extremely happy if you then undertook Microsoft or Google re-education and admitted the error of your ways, because then I could laugh at you and point out that you had sold out to one or both evil empires, and that if you were real men, the truth is that you should never have stopped using EMACS in the first place and that graphical user interfaces are for wimps.

Image credit: The film Jerry Maguire, the “Show me the money” scene