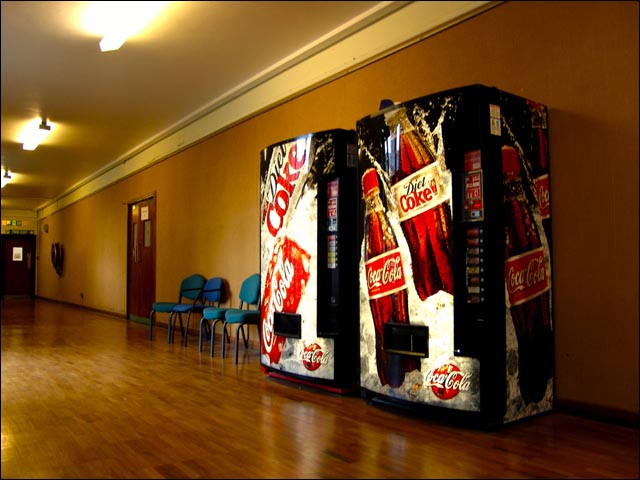 Beverage company Coca-Cola Amatil (CCA) is halfway through the massive task of migrating its over 8,000 employees off Lotus Notes and onto Microsoft’s hosted Business Productivity Online Suite, the company revealed in a presentation at Microsoft’s Tech.Ed conference on the Gold Coast this week.

The project kicked off in March and is halfway through, according to technology services manager Steven Meek. Each employee will receive a 5GB email account, up from 300MB. 69 Lotus Notes servers and 700 BlackBerrys will also be factored into the equation, along with new acquisitions.

“We’ve made a lot of acquisitions — 7 or 8 companies over 6 years,” Meek told the audience. “That was extremely challenging — we were continually migrating people across and some companies acquired were running odd systems.”

“It was kind of funny, some of the companies were that were acquisition were using Exchange then we moved them to Lotus Notes and now we are moving them back again. Recent acquisitions who were still on Exchange were relatively easy — it was just Exchange to Exchange migration.”

The beverage giant’s team is half way through the rollout — which is happening incrementally. Not only does Meek’s team have to deal with technical challenges, however — senior levels have also put the pressure on.

“My CEO actually said to me: ‘Can we get everyone across in two weeks?'” Meek’s chief information officer had asked him. Meek’s team went to away to plan to do that — but the time frame was just not feasible.

“We’ve done about 4,200 employees, which is about 600GB of email and five and half million emails and calender entries,” he said of the project’s current state.

While a majority of users had their data — documents, email and notes — migrated across with success, some were not so lucky. “We had a few people that completely failed so they had no data exchanged. But it was quite simple to get across and tell them that it was coming. But of course some of them were quite happy not to have email,” joked Meek.

The team brought every user’s email history over from Lotus Notes across to the cloud, a shift which changed the dynamic entirely. “Even though we were moving to Outlook we lost a lot of calender integration,” Meek said. A master user list was necessary to keep employees from falling though the cracks and keep track of what staff where still employed, where they were located and how many BlackBerrys were out in the field.

It was also important to have a quality directory, with the effort to upload the Lotus data and reconcile different sources of truth together being “significant”. Many dead accounts were found in the migration — for example, employees who had left the company years ago.

“Our master list was really the kicker in,” said Meek. “They were in the wrong location and they went live at the wrong time and all kinds of stuff like that. We had to get a good handle of who’s where and what server they were sitting on — and whether they had a BlackBerry.”

Meek explained there was only very basic information in the staff directory — so part of the challenge was to chase down the details, enter that data in and get it right. “We had to put in significant effort into reconciling user accounts in with that directory account  and getting that data right. With moving into the cloud, there were some discrepancies, some people were getting other peoples email,” he said.

Significant other issues such infrastructure and netork hurdles were also encountered.

“Network capacity planning — so that was really about, ‘yes, have we got enough bandwidth to put all that data up into the cloud at the rate we wanted?'” said Meek. “And then when it’s up there and the user logs on do we have the bandwidth to get that to come back again?”

“We hit session count capacity on our firewalls, so we reached a point where we were almost stopped in our tracks — there was something like 30,000 sessions on the firewall so we worked with Telstra to add in some more capacity.”

Meek encourages other enterprises that are looking at a similar migration to think about bandwidth and think about the actual capacity of the infrastructure. “We also had a bit of our challenge with quality of service policies with our network because of all the big cross traffic of our network and cell traffic,” he said.

“Other problems that seemed obvious in hindsight was installation of software. Software deployment was a challenge, we really should have deployed software earlier. They were deploying and not all of the software was on the desktops.”

The team kicked off the project in March. To learn as much as they could, the IT department of 180 people jumped right in first in May to test out the software on themselves.

The company also had non-IT “change champions” across its business who volunteered to help champion the new technology. These champions were coached by the IT department and let out to cut through the negative talk about the change.

The next step was executive-level migration to ensure senior level buy-in. The executives would get it first to placate their employees with the news that they had already gone through the migration.

On a SharePoint-based intranet, the company also produced a lot of user help content that included a guide, a FAQ and to let employees know that were doing the change to “move forward with the times”.

The next step will be the finalisation of the rollout — as well as the implementation of Microsoft’s Office Communication Server, which will facilitate video calling, to be bedded in next year.