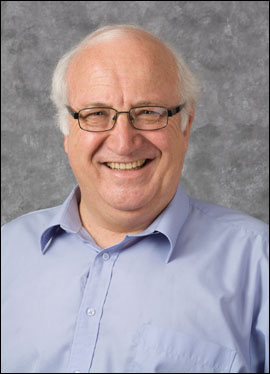 When Australian youth charity BoysTown was looking at the future of its Lotus Notes/Domino collaboration platform late in 2009, ICT manager Julius Bergh (pictured) knew that the group had to make a decision.

“We have seen in the press, that a number of organisations have changed over to Exchange,” he says in an interview this week. “We thought to ourselves that we had better investigate this thing thoroughly.”

There have been quite a few revelations of Australian migrations off the Lotus Notes/Domino over the past few months — with one high-profile move being that of Qantas, whose shift was revealed in February. Centrelink is also likely to end its long-running relationship with Notes as part of the welfare agency’s integration with the new, broader Department of Human Services.

And analyst firms such as Longhaus have questioned Notes’ future in the face of Exchange’s dominance and competing cloud-based services such as Google’s Gmail, which are speedily encroaching on Notes’ traditional turf.

So Bergh sent a few members from his team over to a conference in Brisbane on how to move to Exchange 2010 to scope out the Microsoft platform — check out the lay of the land and see what would be involved in a migration of Boystown’s 480 staff. What they found disappointed him.

“They came back and explained to me that it’s quite a lengthy procedure … a rollout that will take months and things like that,” he says. In addition, the featureset of Microsoft’s latest collaboration opus didn’t impress Bergh that much. He noted that there were new additions to Exchange 2010 that “Domino has had for two or three years already”.

In comparison, Bergh says the eventual upgrade of his company’s Notes environment — which took place last December to version 8.5.1 of the software — took just 15 minutes one morning when only a few staff were using their collaboration platform.

“One of our blokes came in early one morning at 7AM, alerted users and did the upgrade,” he says. “At 7:15AM the system was up. He walked around and people hadn’t even noticed that it had happened.”

There were some clear advantages if Boystown did choose the Exchange platform, Bergh admits.

For example, the organisation is a charity — which Bergh says translates to some “nice discounts” from Microsoft. In addition, users are generally more familiar with Exchange’s user interface because they often use the software on their personal PCs, or have used it at other workplaces. “We did take it quite seriously,” he says.

However, ultimately what swung Bergh to upgrade the software was one aspect of Notes that its userbase in Australia often cites as one of it’s main strengths — the extensibility of the platform compared with its rivals. Bergh points out that Notes is much more than just an email server. For example, he says, Boystown does not use a content management system in its intranet. Instead, it simply uses Notes’ document management facilities — which are web-enabled.

“What I said to the board of Boystown is, ‘we will deliver you an intranet which will not need any propellorheads or intranet people [to maintain it]’,” says Bergh. “Intranet, for example, is just a stock standard part of the Domino server.”

Another aspect of the platform which Boystown uses is its in-built database templates. “One which we use which we find quite useful is forums,” he says. “If we are going to tender for a particular contract, 10 people can prepare the tender — share documents and information.” The ICT manager notes that this functionality, too, is a stock standard part of the Domino server. It can also be extended to allow external parties — in Boystown’s case, a university and hospital that it was collaborating with — to work together on documents.

If Boystown was to use a rival collaboration offering, Bergh says, he would need to buy quite a few more corporate applications just to match the functionality that Notes already offers.

Google’s software as a service Docs platform allows similar functionality, and Bergh notes that he is a personal user of the search giant’s offering.

But when it comes to his own company, the executive says Google Docs isn’t as powerful for corporate use — especially when it comes to features and the ability to format documents. “I’m just not convinced for Google Docs on spreadsheets,” he says, noting the platform is OK for light use, but that accounting specialists in the company like to do “a bit of fancy footwork” in spreadsheets that Google Docs wouldn’t support.

The ICT manager adds that when he investigated Gmail “quite thoroughly” as an alternative to Notes, he found through using Google’s own calculator that the service would be quite pricey. “There is a little calculator and it will tell you how much it will cost you – it’s not cheap at all,” he says. Google prices access to Gmail and its Apps suite at US$50 per user per year.

Some of the advantages of the upgraded version of Notes which Boystown is now using includes better support for devices with small screens like mobile phones – Bergh is seeing increased uptake of iPhones in the organisation. He also likes the granularity that Notes offers, praising the ability of the software to retrieve employees’ whole mailboxes from a certain date – a feature that could be useful when tracking down internal information or communication from the past.

Asked what features he would like to see added into Notes, Bergh says the situation with the software is similar to that with Microsoft Office 97 – for most people, the old releases are good enough, and 80 percent of people don’t use more than 20 percent of the functionality. “MS word has powerful, almost publishing-type features. But Most people just want to do paragraphs and bold things,” he says.

But ultimately when speaking about Notes, for Bergh it all comes back to the inherent flexibility of the platform — arguing that it’s so much more than an email platform.