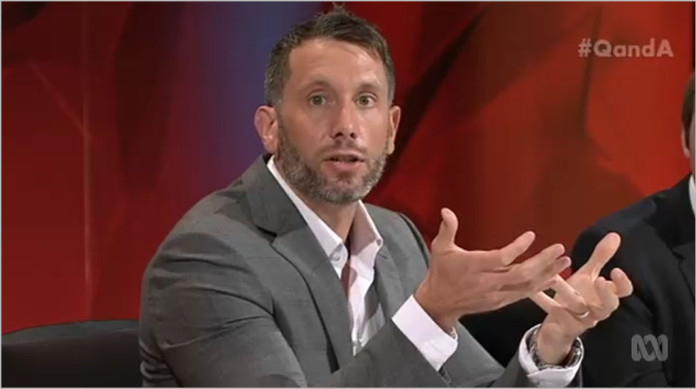 news A trio of independent technology experts on the ABC’s Q and A program last night heavily criticised Australia’s political sector for politicising, lying about, and ultimately destroying the all-fibre National Broadband Network they agreed the country needed to progress its innovative future.

The majority of last night’s session of Q&A focused on the issue of how government could set innovation policy to help transition Australia’s economy to a new stage in its digital development. Delimiter recommends readers click here to watch the full program. The ABC also has a summary of the program here.

However, towards the end of the program, audience member Simon Van Wyk asked panellists why the current Coalition Government was stating that it wanted an innovative economy, while simultaneously actively undermining the development of the NBN infrastructure needed to support such innovation.

After hearing fairly standard responses on the topic from tech-focused MPs Wyatt Roy and Ed Husic, the question was passed to University of Sydney associate professor and quantum physicist Michael J. Biercuk (pictured, above).

Biercuk was scathing in his assessment of the political sector’s handling of the NBN issue.

The scientist said the NBN discussion had “not had a lot of honesty for quite a long time”.

“From the perspective of being a physicist, and someone who worked at [the Defence Advanced Research Projects Agency] … it was obvious from the beginning that anything other than fibre would not possibly deliver what was promised,” Biercuk told the audience.

However, he said, “it’s time to start demanding an honest conversation among politics”.

“It’s not about who delivered it under time or under budget, because nobody does — it’s always more expensive than we expect. It will be expensive, it will be a lot of money, but if the population values it, and we say that, then this debate will stop.”

Ransom told the audience that rather than going for a “big overarching focus goal and objective” to deliver the infrastructure which Australia would need in ten to twenty years, the current Government was going for the “safer approach”, because “it’s going to be more politically palatable, it’s going to deliver less front page headlines”.

However, Ransom said, this hadn’t “delivered an outcome that really serves Australians and gives us the broadband speed and reach that we need”.

Startup consultant and venture capitalist Sandy Plunkett said the NBN had been “politicised from the beginning, and politicised at the end”.

“That’s just such a tragedy for Australia,” Plunkett said, noting the NBN debate was too fixated on the “bits and bytes” of the technology and not its eventual application “It actually sets us back — it’s part of an inability to imagine what you will do with this thing if you build it,” she said.

Labor MP Ed Husic said Australia was going to an election based on a thing that not many people talk about — the resurrection of the Australian Building and Construction Commission.

“We’re not going to an election talking about the things that people really want to see done — the NBN,” he said.

Liberal MP Roy attempted to defend the Coalition’s version of the NBN, stating that it would be deployed much sooner to Australians than Labor’s previous all-fibre version of the NBN. However, he faced sustained questions on the issue from Q&A host Tony Jones.

“Can you put your hand on your heart and say that fibre to the home is not the ideal way to deliver the NBN,” asked Jones at one point. And then later on: “Are you the only copper wire guy in the room?”

Image credit: Still from Q&A, believed to be OK to use under fair dealing