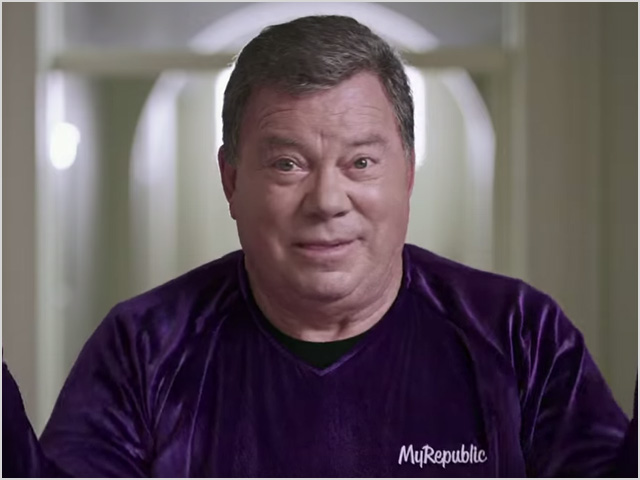 MyRepublic was formed as a new broadband provider in Singapore, formed back in 2011 by telco and network specialists Malcolm Rodrigues and KC Lai. The company quickly shot to prominence in the island state through providing unlimited broadband plans at 100Mbps speeds over Singapore’s Next-Gen National Broadband Network, which is based on the Fibre to the Premises network rollout model.

Subsequently, MyRepublic entered New Zealand in 2014, focusing again on providing fibre broadband services with speeds of at least 100Mbps and with no data limits. Actor William Shatner features in the company’s TV ads. The company has actually started offering broadband speeds of between 100Mbps and 1Gbps in its home country.

MyRepublic’s website states that it is “rearing up” to launch in “Australia and other NBN-ready nations”, bringing “the amazing power of fibre NBNs to empower everyone with amazing connectivity”. It has also launched a LinkedIn page for its Australian operation, which states:

Purpose-built for the national broadband (NBN). MyRepublic was founded in Singapore to challenge outdated incumbent attitudes on the importance of customer experience, products and pricing. Whether it concerns service reliability or superior support, MyRepublic looks to do things differently if it means doing it better, empowering consumers with greater choice and control over their online experience.

However, the fibre company appears so far to have taken a very dim view of the Coalition’s Multi-Technology Mix model, which integrates several different inferior network technologies — HFC cable and Fibre to the Node — alongside the Fibre to the Premises model which MyRepublic clearly prefers and which is the dominant model in New Zealand and Singapore.

Rodrigues reportedly told Fairfax Media (we recommend you click here for the full article) that the FTTN model was “shit” and that the current Coalition Government had “completely stuffed it” in terms of its policy model for the NBN.

The model which the Coalition is using to deploy the NBN — where the Government-owned NBN company is acquiring legacy HFC cable and copper networks from incumbent telco Telstra and its competitor Optus and upgrading them — does not appear to be being pursued anywhere else globally.

The standard model in a number of countries globally appears to be countries facilitating competition between independent HFC cable operators and incumbent telcos, additionally structurally separating incumbent telcos so that they are incentivised to upgrade their existing copper networks to Fibre to the Node or full Fibre to the Premises.

The ‘mixed’ network approach in one company appears relatively unique to Australia and is likely to result in the NBN company charging the same or similar prices to residents and businesses in close geographical locations for radically different network connections.

opinion/analysis
Let’s not beat around the bush here — in my opinion, Rodrigues has put into plain language what a lot of Australians think about the NBN.

There is absolutely no doubt that the MTM model has vast problems which are being airbrushed by the Coalition and by the NBN company itself. It’s a bastardised model which will leave Australia behind compared with countries such as Singapore and New Zealand, which are focusing their efforts on full fibre deployments.

And yes, I agree with Rodrigues that the Government has “completely stuffed it” when it comes to broadband policy.

There were two points where this happened. The first was back in the late 1990’s, when the Government of the day allowed Telstra to deploy its own HFC cable network, instead of restricting the incumbent telco and allowing Optus to deploy its HFC cable network to constitute infrastructure-based competition to Telstra. At that stage, Telstra’s retail and wholesale operations should have also been separated, to allow retail competition to flourish in the telecommunications market.

Labor’s FTTP-based NBN project — although unwieldy and complex, suffering many delays and construction issues as Labor underestimated the scale of the effort required — would have eventually corrected this mistake. The Coalition’s decision to abandon a full-fibre model for that project has created a massive mess that will take decades to sort out — if it ever does.

Sometimes it takes an outsider to point out how badly we’re screwing things up.