news Telstra Chairman Catherine Livingstone has announced she is resigning from her position on the board of directors at Australia’s largest telecommunications company.

Livingstone is to be succeeded as Chairman by John Mullen and will hand over the reins in coming months, once Mullen is free from his obligations as Managing Director and CEO at freight logistics company Asciano.

Livingstone said she believed the timing was right to make way for a new Chairman to drive Telstra’s continued growth. 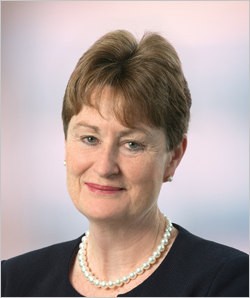 Livingstone has held her role as Chairman since May 2009 and as Director since November 2000. She has also served as Director for several other ASX-listed companies and has led the Business Council of Australia as President since March 2014.

“It has been an extraordinary period of my life to have been part of the team which helped Telstra set a new direction after having transitioned from a corporatised then privatised organisation,” she said.“We are now able to consider new growth opportunities alongside our traditional core businesses, looking to extend our footprint in ways that are consistent with creating long-term shareholder value.

Livingstone explained that, over that time, Telstra had improved relationships with important stakeholders, particularly the firm’s customers.

“This is an area where we can always continue to improve, but has been substantially advanced in the past few years,” she said, adding that Telstra serves an “important role” within Australia and could be an even larger contributor in the regional and global technology space.

“I am delighted the board has selected John Mullen as the new Chair, given he is a proven senior executive for multi-national companies as well as a valued senior Director for Telstra,” Livingstone said.

Mullen praised Livingstone’s leadership of Telstra through a time when the organisation had transformed itself as a “leading-edge technology provider”.

“Catherine has engineered significant change for how Telstra is regarded by its shareholders, Canberra, employees and customers. With [ex-Telstra CEO] David Thodey, she set about correcting Telstra’s course to the place of stability and enormous opportunity it holds today,” he said.

He further suggested Livingstone is held in the “very highest regard” within the Australian business community and on “both sides” of politics.

“It is a privilege in the true sense to be asked to follow in Catherine’s footsteps as Chairman of Telstra. It is a responsibility I take extremely seriously and will transition from my commitments with Asciano at the appropriate time to perform the Telstra role to the fullest,” Mullen concluded.

Mullen has been a Telstra Director since July 2008, and is also Chairman of the Remuneration Committee and a member of the Nomination Committee. He has been Managing Director and CEO of Asciano since 2011.

He previously spent 15 years at the DP-DHL Group in positions including CEO of DHL Express Asia Pacific and DHL Express USA, and from 2005–2009 Global CEO of TNT Express.

Prior to this Mr Mullen was with TNT Ltd for 10 years, including CEO at TNT Express Worldwide from 1991 to 1994.