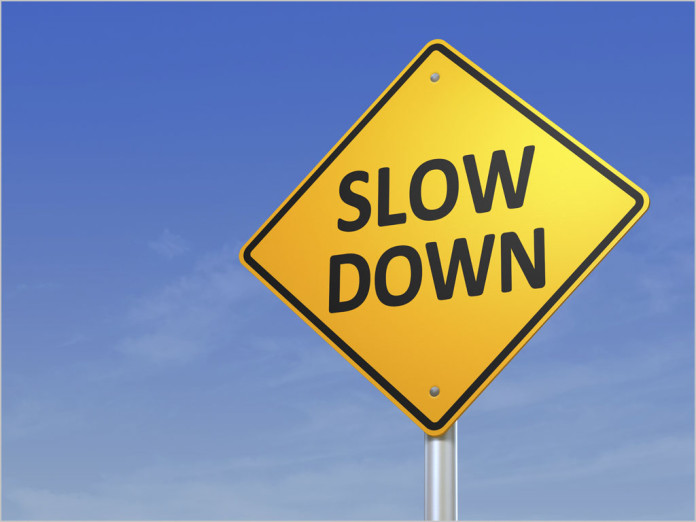 news A prominent blogger about the National Broadband Network appears to have predicted significant congestion problems with the Coalition’s preferred Fibre to the Node technology about seven months before early FTTN adopters started revealing them in the past week.

Last week, former Communications Minister Stephen Conroy revealed Labor had received about 60 complaints from early adopters of the Fibre to the Node technology which the Abbott and Turnbull Governments have introduced to the National Broadband Network rollout.

The complainants typically see initial solid speeds through their new FTTN connections, but eventually, as their neighbours also start adopting the new platform, speeds start slowing to unusable levels during peak periods such as after business hours and on weekends.

A number of the complainants have directly called for the return of their previous ADSL broadband service, which was delivering them more consistent speeds.

Following the revelation of the issue, a number of readers have contacted Delimiter highlighting the fact that NBN blogger Kenneth Tsang had predicted the speed problems on his popular jxeeno blog in July 2015, before FTTN officially launched as a technology. Delimiter recommends readers click here for Tsang’s full article.

At the time, Tsang had conducted an analysis of the FTTN network architecture which the NBN company had developed, concluding that users of the NBN company’s FTTN and Fibre to the Basement networks “may find themselves left with slow and congested speeds for decades because of short-sighted network design decisions made by the company”.

The issued raised in Tsang’s analysis are believed to be different from the issues which are causing problems amongst early FTTN adopters, but with similar ultimate effects.

Delimiter believes that many of the current FTTN complaints stem from the fact that retail telcos such as Telstra and Optus have not provisioned sufficient backhaul capacity to each neighbourhood ‘node’ to allow customers to access the full speeds they are paying for.

Tsang’s analysis found that this trend may be exacerbated over the long term, because the NBN company has not allocated sufficient fibre cables at sufficient speeds to neighbourhood nodes to allow for many customers to simultaneously use the associated backhaul connection.

In other words, the FTTN congestion at the moment appears to being caused by a ‘soft limit’ stemming from retail ISPs not provisioning sufficient levels of backhaul to nodes. Tsang’s analysis shows that over the long term, customers may suffer the same issues due to a ‘hard limit’ in the physical amount of capacity the NBN company can provision to each node.

“If a mere 21% of all premises connected to a node starts streaming a 4K stream on Netflix (21% of 384 at 25Mbps), the node will exceed its capacity. This will leave zero bandwidth for the remaining 75% of customers potentially connected to the node,” wrote Tsang in July.

“While it can be expected that NBN’s QoS (quality of service) management will balance the load to prevent a small number of customers hogging the entire link, all customers across the board will suffer from congestion issues because of it.”

This means that even if the NBN company and retail ISPs are able to resolve the current issues, down the track they may actually face the same issues again as the NBN company’s network architecture will not handle Australia’s long-term bandwidth needs.

The issue, according to Tsang, appears to be both that the NBN company’s FTTN roadmap does not provision sufficient fibre cables to each node, as well as the fact that the terminating electronics on each end of the cables do not allow a high enough speed.

In response to the issue, NBN chief executive Bill Morrow told a Senate Committee last week that he was certain that the problems were real for the customers concerned. The executive said he did not want any customers to have a poor experience on the NBN.

Morrow stated that it was his belief that the similar teething problems would have been seen when the NBN company first started deploying its original Fibre to the Premises model, and said there were a number of issues that could come into play to create congestion, especially the amount of capacity which each retail ISP (such as Telstra or Optus) had purchased to aggregate customer connections back to their backbone networks.

Morrow said the NBN company was working very closely with the retail ISPs to resolve the issues.

opinion/analysis
Thanks to all the readers who sent me Tsang’s article to be highlighted on Delimiter — it is a very worthy yarn to be highlighted and debated in the context of the current FTTN congestion being seen in early stage rollout zones.

What Tsang’s article highlights is that even though it is likely that the current FTTN congestion issues on the NBN can likely be addressed by retail ISPs provisioning more CVC backhaul (fixing the ‘soft limit’), there may a larger issue lurking beneath the surface of the NBN company’s FTTN architecture — a so-called ‘hard limit’ which may dramatically limit the amount of backhaul that retail ISPs can provision in future.

I have been a bit dismissive about the FTTN issue in my thoughts about it … because I knew the issue was not related to the copper cables the NBN company was using, but rather was much more likely to be decisions made by retail ISPs behind the scenes that were neutering their customers FTTN connections.

However, the issue highlighted by Tsang is much more serious. If the blogger is correct, the congestion issue is likely to return down the track and be much harder to resolve.

If I am reading Tsang’s article correctly, the NBN company does have some leeway in terms of lighting up additional fibres to each node — fibres it is not technically using today. It may also be able to upgrade the fibre electronics in each node and at the other end, to be able to support higher speeds.

However, this will involved the NBN company going back in to ‘fix’ nodes that it has already deployed, as they become congested. This is not an ideal situation for anyone, and would have been avoided had the NBN company merely continued to follow Labor’s original FTTP model and not switched (under the Coalition’s guidance) to a model partially based on Telstra’s copper network.

I hope Tsang’s wrong and that the NBN company is indeed provisioning more than sufficient backhaul fibre support to each FTTN it builds out. Because if it is not, then we will eventually start to see websites tracking (nationally) which FTTN nodes are congested and which are not … similar to the way that there are already websites tracking which telephone exchanges have no ADSL broadband ports left.

It will be a ridiculous situation if we get to that point. But that may just be the future that Malcolm Turnbull’s MTM has delivered us.