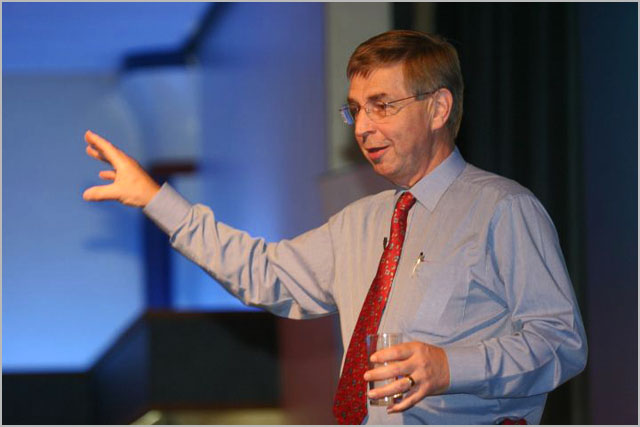 news One of the UK’s foremost telecommunications experts, a former chief technology officer of British telco BT, has publicly stated that fibre to the node-style broadband is “one of the biggest mistakes humanity has made”, imposing huge bandwidth and unreliability problems on those who implement it, as the Coalition may do in Australia.

The UK Parliament is currently holding an inquiry into ‘superfast’ broadband, as the nation struggles with many of the same issues which the Australian political system has in Australia over the development of the National Broadband Network initiative in this country. Fronting that enquiry in March, according to a transcript seen by Delimiter this week, was Peter Cochrane, one of the country’s most experienced telecommunications experts.

Cochrane spent most of his career at BT, the country’s former monopolist telco similar to Telstra in Australia, where he started as a linesman before progressing into the telco’s research and development department, eventually leading that team and becoming chief technology officer. Since leaving that role a decade ago, he has worked extensively as a force helping to accelerate tech startups, as well as a consultant.

In Australia, the Labor-led NBN initiative is currently using so-called FTTH technology, which sees fibre rolled out to premises all around Australia. However, the Coalition has stated that it sees the deployment as too expensive, and instead is proposing to switch to a fibre-to-the-node style rollout if it wins the next election, where fibre is rolled out to neighbourhood curbside cabinets, with the existing copper cable used for the remaining distance to houses.

Shadow Communications Minister Malcolm Turnbull has used BT’s FTTN rollout — which the telco has said will achieve 80Mbps download speeds and 20Mbps upload speeds this year — as evidence for his case that the style of deployment will work in Australia.

However, in testimony to the UK Parliament, Cochrane rubbished claims that FTTN was an appropriate rollout style for national broadband networks.

“Fibre to the cabinet is one of the biggest mistakes humanity has made,” he said. “It ties a knot in the cable in terms of bandwidth and imposes huge unreliability risks … It is a shame, but I understand why people have made that decision. They have made it worldwide, by the way.”

There were a range of problems with FTTN-style rollouts, according to Cochrane. To start with, he said, it was easy for the streetside cabinets to be vandalised. “Once the local bandits have recognised that there is a car battery in the bottom, you can bet your bottom dollar that a crowbar will be out and the battery will keep disappearing,” he said.

Other problems, he added, went to the speeds which FTTN offered (generally considered to be up to 80Mbps at the moment, although they may be extended in future) compared with fibre, which will in future off 1Gbps on Australia’s NBN infrastructure. “What are the leaders doing? There is Sweden in greater Europe, and in the Far East you have Korea, Japan and China. They have a minimum level of 100 Mbps. That is where they start,” Cochrane said.

“They are rolling out 1Gbps, but they are planning for the next phase of 10Gbps. To return to an earlier point, if you have got fibre to the cabinet and you are relying on copper, I can tell you that the network is going to collapse on copper when you get to 1Gbps. It will collapse much earlier. You may do 200 to 300Mbps over a short distance, but you are not going to do anything with a reasonable reach over 1Gbps, and you are certainly not going anywhere at 10 Gbps. So you have immediately got this knot in the bandwidth.”

And reliability was also an issue. “The number one fault problem with copper is water ingress,” Cochrane told the parliament. “Fibre does not care about water … The fault level in an optical network goes down very low. You can reduce manning, buildings, power consumption and everything.”

The Coalition has also raised the possibility that many Australians will primarily access the Internet through wireless networks such as the 4G (fourth generation) infrastructure currently being rolled out by Telstra and Optus, which will allow speeds dramatically higher than previous 3G rollouts. Telstra has stated claimed customers using the device in its 4G coverage areas (capital city CBDs, associated airports and more than 80 regional and metropolitan locations) could access download speeds ranging from 2Mbps to 40Mbps and upload speeds from 1Mbps to 10Mbps.

However, on this subject also, Cochrane had much to say. “I am saying that it will not do what it says on the tin,” he told the parliament. “One of the things that amuses me greatly is “up to 20Mbps”. It is like “up to 5,000 cornflakes” in my box, but there are three. It does not help. It is an absurd product description. If anything needs deleting from the English language, it is “up to”.”

“If 4G is rolled out, for sure, if you are close to the base station, you will get bandwidth. The further away you go, the less bandwidth you will get. That is a function of physics; you cannot beat that. The only way to get a lot of bandwidth everywhere is to have more and more and smaller cells. That is really what the wireless future is about. To do that, you need more fibre.”

opinion/analysis
If you read beyond the commentary which I have included in this article and look at the wider transcript, it is clear that in many senses, Cochrane is the UK telecommunications equivalent of a hippy. In his segment in the UK parliamentary committee into broadband, he rants and raves about how great fibre to the home is, and highlights many examples where communities have independently rolled out fibre to their neighbourhoods without the assistance of major telcos like BT.

Cochrane is an out and out evangelist for fibre broadband, and it shows in his one-sided approach to the matter. There really is no point, he says repeatedly, in rolling out anything other than fibre; fibre is cheap enough and delivers such exorbitant levels of bandwidth that it will fill all of humanity’s broadband needs for the foreseeable future.

Firstly, I have included Cochrane’s UK comments in Delimiter, a media outlet concerned with events in Australia’s technology sector, to illustrate how mainstream such discussions are overseas. In Australia, we very rarely see this kind of out and out fibre to the home evangelism, and in general, most of the media commentary around the NBN has been extremely negative. However, in the UK, in the US and in other countries, there are many groups pushing very hard for universal fibre rollouts to every neighbourhood. Cochrane, in the UK, is one example of such an evangelist. He won’t stop until he gets fibre everywhere, and fair enough, as he believes it has incredible benefits for industry.

We haven’t had many such evangelists in Australia, and what this has led to, I believe, is the creation of a debate that is somewhat one-sided.

The Labor Government has taken a strong view that fibre to the home is the appropriate high-speed broadband rollout mechanism for Australia, and there’s a lot of evidence to suggest that its approach is a visionary one which will serve the nation well over many decades to come.

But in the absence of avid broadband fanatics like Cochrane, what has happened in Australia is that the debate over the NBN rollout, despite its ongoing popular appeal, has become extremely one-sided. The volume of the NBN critics in Australia is just so much louder, that they get heard a lot more. In comparison, the volume of those for the NBN in Australia — even though they represent the majority of the country — is much softer. Without strong voices like Cochrane, Australia’s NBN continues to suffer from a bad public relations problem, which does not reflect its actual support in the community.

I suspect that in 50 years, we will look back upon people like Cochrane as visionaries, for daring to say out loud that fibre to every house and business premise will unlock a technological nirvana in global society. And I suspect that we will include Communications Minister Stephen Conroy and the Rudd/Gillard Governments in that camp. In the meantime, for the NBN debate to progress beyond the current unintelligent sniping and become an intelligent, balanced one, Australia needs more voices on the pro-NBN side of the fence.