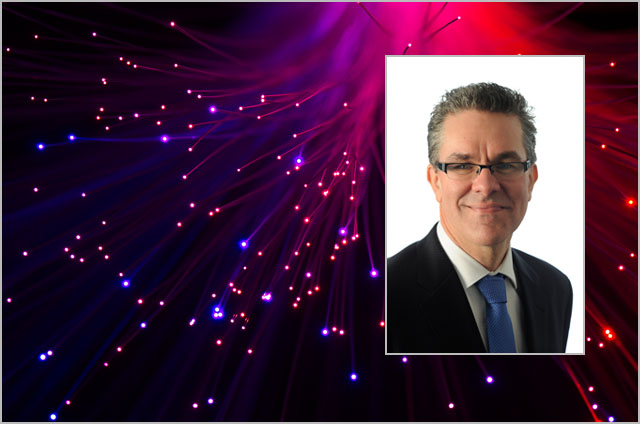 Experienced technology executive and engineer Gary McLaren served as the NBN company’s first chief technology officer, spearheading the company’s development of a strategy which has seen Fibre to the Premises technology deployed to more than a million premises throughout Australia, as well as complementary Fixed Wireless and satellite technology.

However, McLaren was made redundant by the NBN company, along with its chief financial officer and head of its commercial operations, shortly after Malcolm Turnbull became Communications Minister.

“The following economies in our region rank better – South Korea, Thailand, Hong Kong, Taiwan, Japan, New Zealand and Singapore. Globally our other major trading partners such as Canada, United States and most of Europe including Poland, Hungary, Russia, Slovakia and Romania rank higher than Australia,” he wrote.

At the heart of the issue, McLaren wrote, was a historic disagreement between the two major sides of politics about how broadband upgrades should be undertaken.

Both sides of politics ultimately agreed that fibre-optic infrastructure would be needed in the future, McLaren wrote.

However, the political left (Labor) preferred to take an approach where a government entity (the NBN company) would take charge of the upgrade, while the right (the Coalition) preferred to let the private sector undertake the upgrade.

McLaren noted that either approach could work — private sector investment having proved successful in countries such as Hong Kong (where McLaren is involved in the telco sector) and Canada, and countries such as New Zealand and Singapore taking a government-controlled model.

“Australia just needs to choose one or the other and stick to it,” the executive wrote.

“Just imagine if a country was as in-decisive in choosing which side of the road to drive on. It would be carnage on the roads.”

“Unless one side of the political debate caves in, Australia can expect to see its global broadband rankings continue to decline for years to come. The result will be Australians continuing to “wait” for their 21st century broadband.”

“… Australia sits uncomfortably between left and right ideologies and drifts further down the global rankings.”

It has been clear for many years that an approach of separating Telstra from its retail and wholesale operations and incentivising the company to upgrade its copper network would be a viable approach to upgrading Australia’s broadband infrastructure.

This is the approach that the UK Government took with BT in the UK … and voila — most of the country already has a Fibre to the Node network already. The Government is directly funding broadband upgrades in rural areas where the incumbent telco, BT, is not willing to fund the upgrades itself. And there is a competitive broadband market, with some ISPs selling services on BT’s infrastructure and others, such as Virgin, operating and upgrading their own HFC cable networks.

It has also been clear that Labor’s NBN approach — setting up a new telco to roll out a new, national fibre network, would also work. Almost all of the current progress that the NBN company has made in deploying its infrastructure to a million and a half premises has been based on this model.

And yet, what we are seeing at the moment is a bastardised monster of a policy — halfway between Labor’s approach and halfway between the Coalition’s — a distorted, convoluted, crazy mix where we are going to end up with a number of complex, overlapping networks, still dominated by our major incumbent telco, Telstra.

The Multi-Technology Mix which represents the bastard child of Labor and the Coalition is a catastrophe and is holding Australia back. It represents a crappy solution to a major infrastructure problem.

At the heart of the issue is, as McLaren correctly notes, an inability for Australia’s policymakers to agree on the next several decades of telecommunications policy. And yet — despite this indecision — the sheer fact of the matter remains that you cannot change the nature of a massive, $40-odd billion infrastructure project every three years as the electoral cycle waxes and wanes.

Ultimately it is both Labor and the Coalition which will hold responsibility for this mess. Neither has been willing to compromise — and thus both have delivered up Australia to the bottom of the broadband ranking table. I wish it were otherwise, but that is how things are.

As a side note, many here will believe that it is purely the Coalition’s fault that we got into this mess, with Malcolm Turnbull having imposed the MTM model on an already established NBN company.

And yet, as I am currently exploring in my forthcoming policy book The Frustrated State, it was Labor’s failure to consult the Coalition in this policy area, and its failure to examine global events, that led to much of this situation in the first place. Labor went its own way on a decade-long infrastructure project, without taking the Coalition along for the journey. It then reaped the consequences of this error when the Coalition took power only a few years later.

Neither side can claim it has not contributed to the mess — and both sides continue to cause further chaos.