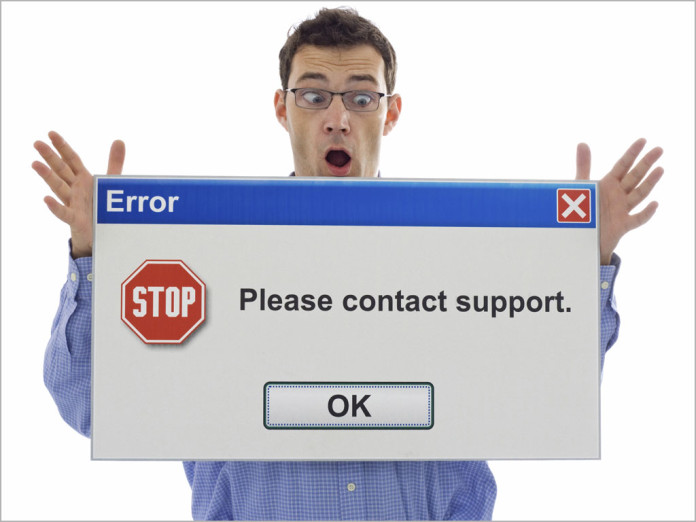 news It was supposed to be next-generation infrastructure which would make their old broadband connection obsolete. But for some connected to the NBN company’s Fixed Wireless infrastructure, the performance of the platform is leading them to question whether their old ADSL broadband was actually a better option.

When the NBN company told residents in the Pacific Haven area of Queensland in mid-2015 that it was planning to switch on next-generation broadband to their properties through deploying four Fixed Wireless towers, residents such as Grant Maw were elated.

Maw, an independent software developer who works from home, deals with clients located around the world. “For me, decent Internet means the difference between making a living or not,” he says.

The deployment of the infrastructure was also viewed as a landmark move by other residents in the area, some of whom had been struggling to get any form of usable broadband access for years.

The NBN company’s fixed wireless product is designed to serve the needs of a small percentage of customers who typically live and work in areas on the outskirts of major cities, or in small communities in rural and remote areas. The network is primarily being built by Swedish manufacturer Ericsson (who also built Telstra’s Next G mobile network) and currently provides speeds of 25Mbps down and 5Mbps up, although the NBN company has also recently sent an upgrade to the network live which will allow speeds of 50Mbps/20Mbps.

However, the reality of how the technology is performing for some residents does not match up to the hype with which the NBN company has pitched the infrastructure.

When the NBN company notified residents in Pacific Haven that the Fixed Wireless infrastructure was ready for use, Maw immediately ordered the service installed to his property.

The software developer was subsequently visited by a technician who conducted a ‘pre-install test’ on his property. The technician informed Maw that, as with a number of properties in the area, his residents was outside the range of the local Fixed Wireless towers, due to the density of the trees between his property and the nearest tower, and that the trees would need to be cut down to receive a strong enough signal.

This comment came despite the fact that the NBN company had informed the local community during information sessions that trees would make little difference to the radio wave signals used to deliver broadband using its Fixed Wireless technology.

According to Maw, he then contacted his local Member of Parliament, the Nationals’ Keith Pitt, to complain about the issue. Pitt’s staff apparently contacted the NBN company about the issue, which resulted in NBN company engineers visiting Maw’s property to do their own signal testing.

The testing turned up a completely different result than the previous tests, with the NBN company advising Maw that his property was within the required signal strength limits, and that there should be “no reason” why a Fixed Wireless installation could not go ahead. It appears that the NBN company’s engineers did not believe the previous test had been carried out competently.

However, this soon changed. During the past several weeks, the speed of the service has dropped to about 5Mbps, with the lowest speed recorded being 1.64Mbps (although upload speeds were fine). These speeds appear to make no sense, given that Maw has paid for a 50Mbps connection.

According to Maw, Optus has admitted that the poor download speeds on the service was its fault, due to an overloaded proxy server. However, the telco told Maw that at this stage, there were no plans for an upgrade, and that he should wait until after the school holidays to receive better services, as demand on the system would be diminished.

To verify that the issues were Optus’ fault, Maw also signed up with rival ISP SkyMesh, as the NBN company’s Fixed Wireless Network Terminating Device allows a total of four connections.

In the past few days, the Optus connection has improved during the day, although it is still slow during peak periods, but the SkyMesh option is still suffering problems.

“Most of the time, doing a speedtest on the SkyMesh connection (25/5) results in 8.5 – 9.5 incoming but the upload test keeps timing out. I’ve contacted them only to be told that their T & C’s give them 10 days to respond to these sorts of problems,” says Maw.

The overall poor performance has the software developer reconsidering his old ADSL connection. For most of the past decade Maw was using an ADSL2+ connection, getting consistent speeds of 8.5Mbps down and 0.5Mbps up (he was also paying for a business-grade connection to avoid contention issues). Maw’s property is about 6km from his local telephone exchange, representing a substantial copper cable run.

“I am not sure where to turn to now, other than to go back to my old ADSL connection. But with politicians out there spruiking 50/20 connections and apparently no regulation on the behaviour of providers to ensure consistently adequate connection speeds, NBN could end up being the biggest waste of public resources in my lifetime. I am hoping that by giving this some exposure we might be able to get something done about it,” he says.

Firstly, Maw’s story clearly does not represent the ‘norm’ when it comes to the NBN company’s Fixed Wireless platform. The overwhelmingly majority of customers who I have communicated with regarding the platform have been very happy with the deployment, and are getting much better speeds on the Fixed Wireless NBN than they could get previously on any platform.

As with the case we covered last week regarding ADSL being replaced by satellite, it appears that Grant’s story represents an outlier scenario — an edge case where the NBN network is not performing as expected. This is not the norm, and there may be specific circumstances in this region causing issues. I’m sure the NBN company would say the same.

However, secondly, it is still true that what we’re seeing here is a situation where there are multiple issues outstanding in this particular area of the NBN company’s network. It looks like there are issues with the NBN’s contractors, Optus’ network, SkyMesh’s network, and possibly even the NBN network itself. Some relate to congestion and poor network setup, while others are human factors.

This suggests that Maw is not the only NBN Fixed Wireless customer nationally suffering such issues. In point of fact, I have heard anecdotally of a number of other similar cases. I encourage readers with similar problems to post them in the comments below this article.

And even if you assume that the issues can or will be fixed (and for Maw’s case we hope they will), there is a long-term issue here which such fixes will not resolve.

The NBN company’s Fixed Wireless platform may be fixable in the Pacific Haven region. That network may become extremely stable and reliable, providing 50Mbps services to the local residents and businesses. But as we approach 2030, and bandwidth needs continue to increase rapidly, it should be apparent that even this network will no longer be powerful enough to meet demand.

At that point, one would have to wonder, wouldn’t it be worth replacing much of the copper cable runs in the region with optic fibre? Technology that would provide for the region’s needs for the next century, rather than the next decade?

The deeper I investigate the NBN network, the more I come back to the inescapable conclusion that over the next century, there is only one technology which will be able to meet all of Australia’s telecommunications needs. And that technology is fibre-optic cables. You can attach mobile towers to it. You can attach copper to it. You can attach basically anything to the end of it. But ultimately, the underlying basis of the NBN — its foundation — is going to have to be fibre. And that fibre is going to have to be continually extended further towards customers’ premises.