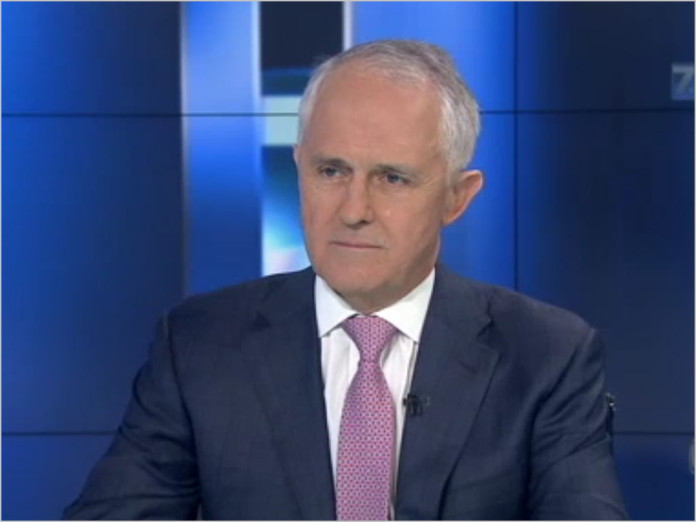 news Prime Minister Malcolm Turnbull appears to have made a statement on national television which may have been factually inaccurate regarding the National Broadband Network, claiming on 7:30 tonight that the cost of remediating Telstra’s copper network was not ten times the amount originally estimated, despite evidence to the contrary.

Under Labor’s previous near-universal Fibre to the Premises model for the NBN, the HFC cable and copper networks owned by Telstra and Optus would have been shut down. However, the Coalition’s Multi-Technology Mix plan instituted by Malcolm Turnbull as Communications Minister in the Abbott administration is seeing them acquired and upgraded by the NBN company.

However, internal documents released by the Opposition last week showed that, by the NBN company’s own estimates, the cost of remediating Telstra’s network had blown out by a factor of ten from original expectations, to about $641 million, with the cost of rolling out infrastructure to each premise via Fibre to the Node having blown out from $600 to about $1600 per premise.

On the ABC’s 7:30 show tonight, Turnbull was asked directly about the issue in a broadcast which was primarily about the groundbreaking National Science and Innovation Agenda released by Turnbull this morning. We recommend you click here for the full interview (video and transcript). A transcript was also distributed by the Office of the Prime Minister.

Sales said, referring to the ‘innovation sector’: “Many people in that sector and other sectors would tell you the most critical thing for their business these days is a speedy internet – so why then do you continue to back a broadband network that relies on a decrepit copper network?”

“With great respect that is just completely wrong,” Turnbull responded.

Sales pressed Turnbull on the issue, noting that Telstra’s copper network was “old”.

In response, Turnbull said: “But it doesn’t matter whether it is old or young so long as it works. Under the approach we are taking to the NBN we will get the network completed six to eight years sooner than it would be under Labor’s proposed method – and $30 billion cheaper, or at less expense to the government, which makes broadband more affordable. It is remarkable, it doesn’t matter how many facts are presented by the company on this issue we still get the same assertions …”

Following this answer, Sales pressed the Prime Minister again on the issue, explicitly pointing out that there was a leak of internal NBN documents to The Australian newspaper last week (eventually made public by Labor) showing that “the copper network is in such poor shape that the company has to spend tenfold what the company had planned to spend to whip it into shape”.

However, it is not clear that the Prime Minister is factually correct in his statement.

The leaked NBN documents (PDF) detail the fact that the NBN company believed, as at the production of its second Operating Plan, that its “Copper Remediation” costs had ballooned out from $2,685 per neighbourhood ‘node’ to $26,115 per node.

In that statement, the company stated that it was confident that its costs on a per-premise basis for its FTTN rollout were accurate as outlined in its August Corporate Plan. Those costs were $2,300 including the cost of leasing infrastructure from Telstra, or $1,600 based on capital expenditure claims alone. They can be found on page 67 (PDF). The IOP 2.0 listing in the leaked documents puts the figure at $1,375 per premise — not too dissimilar from the $1,600 flat capex figure listed in the August Corporate Plan.

The NBN company stated that “risks and mitigation plans” for its network were included in the August Corporate Plan, and its revised peak funding requirement at that date took these scenarios into account.

In short, according to the NBN company’s statement, it appears that the financial planning included in its August 2015 Corporate Plan includes the extra copper remediation cost revealed in the documents leaked last week.

But the August 2015 Corporate plan does not explicitly detail those costs on a per node basis, and the NBN company has not refuted the legitimacy of the documents leaked last week. This means that it appears that Prime Minister Turnbull may not have been correct when he stated that Sales’ assertion on 7:30 regarding the NBN company’s copper costs was “simply not true”.

Last week in the Senate, Communications Minister Mitch Fifield — a key Turnbull supporter and appointee — responded to similar questions about the cost of remediating Telstra’s copper network by reading out the NBN company’s statement verbatim.

Fifield followed up by claiming that the NBN document leaked this morning was “an early draft — an internal planning document”. He noted that the details contained in the document were “commercial in confidence” and that the final numbers concerned “may vary”.

I will be happy to update this article with statements from the Government or the NBN company on this issue, and happy to publicly admit if I have gotten calculations wrong here.

I am trying to be as diplomatic as possible here regarding our noble Prime Minister. But is it possible that he has not quite familiarised himself with the precise details of these NBN costs …?