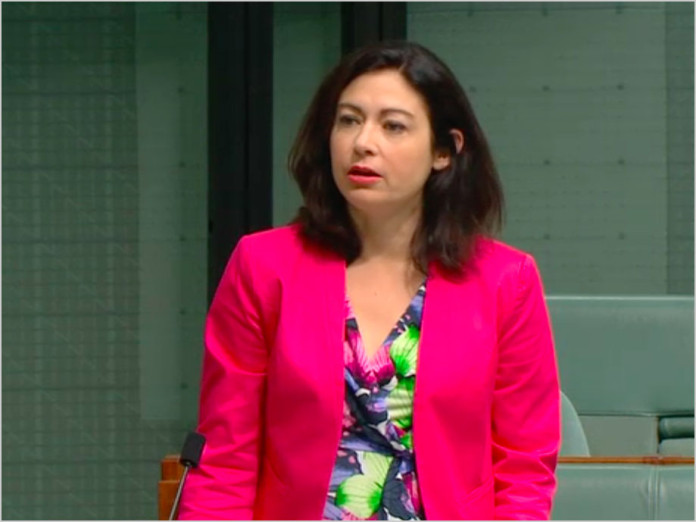 news The Australian Labor Party has lampooned the NBN company for its willingness to deploy brand new copper cables in some areas to ensure the Government’s Fibre to the Node model will succeed, welcoming the company back to the “1940’s”, when copper cables were regarded as state of the art technology.

The NBN company has recently confirmed that it will, where necessary, deploy brand new copper cables in some areas to ensure that the Fibre to the Node network rollout mode preferred by the Coalition Government as part of its Multi-Technology mix will succeed. It will depend on the specific condition of the copper in each area as to whether the NBN company replaces some or all of the cables. In some cases, where the copper is badly corroded, fibre may be used instead.

However, in a speech to the Australian Internet Governance forum last week, Labor backbencher Terri Butler — who has recently emerged as a supporter of Australia’s technology sector within the Parliament — noted comments that NBN company chief executive Bill Morrow made on the matter.

“… recently NBN Co CEO Mr Bill Morrow also revealed that NBN Co plans to replace degraded copper with new copper in some cases,” said Butler. “He said: “… where the copper is insufficient, we have planned for that, we have budgeted for that, if we need to go in and retrofit that copper.”

Butler said her electorate — in the inner suburbs on the South side of Brisbane — had “very slow” ADSL, and added that for some people, the HFC cable Internet was also slow. “There are people who can get neither cable nor ADSL and rely on satellites. We want the real, fibre to the home NBN. But we’re not getting fibre at all,” the MP said.

Butler said Labor had called on the new Communications Minister, Mitch Fifield, to release the financial model that underpinned the NBN Corporate Plan, to “abandon copper altogether”, to release detailed NBN rollout information, to ensure that key NBN executive and board appointments were made on merit, and to engage with industry and the Opposition on how to work together to enable a digitally-connected future, with the NBN as the backbone.

Shadow Communications Minister Jason Clare has also recently ramped up his rhetoric when it comes to the Multi-Technology Mix which the Coalition is using for the NBN.

Last week Clare issued a statement associated with an NBN event in Tasmania he had attended with Tasmanian Labor Senator Catryna Bilyk.

“Half of Tasmania will get access to Labor’s world class Fibre-to-the-Premises NBN and the other half will be forced to make do with a second rate version of the NBN that relies on copper from last century,” said Clare.

“Under Labor, every Tasmanian home and business in the fixed line footprint was contracted to get superfast Fibre-to-the-Premises NBN connections by the end of 2016. Half of Tasmanian homes and businesses, including residents in Howden, where today’s meeting was held, will now be forced to put up with a version of the NBN that will have to be upgraded down the track.”

“That is despite Malcolm Turnbull promising before the election that he would honour existing contracts and roll out Fibre-to-the-Premises broadband across Tasmania. He said:

opinion/analysis
Shadow Communications Minister Jason Clare has recently said a number of times that the NBN would now need to be constructed in a “two-stage” process, and appears to have broadly accepted that the Multi-Technology Mix approach to the NBN will go ahead, with Labor apparently planning to upgrade the MTM NBN to a full Fibre to the Premises mix in the long-term.

However, in the short-term, there still appears to be a number of Labor MPs who just can’t really accept the MTM model and find it objectionable. Butler’s comments here on copper are a bit stronger than Clare’s comments have been, and you’ll also see similarly strong words from others such as former Communications Minister Stephen Conroy.

All this makes me wonder what is truly happening within Labor at the moment. How many Labor MPs support a so-called ‘two-stage’ model for the NBN, as Clare has been talking about publicly? And how many think that the NBN should just be returned to a full-fibre model? I wonder what the debate is like within Labor at the moment. I’m sure that broadly supporting a Coalition policy — no matter how complex the situation is — will not go down well with everyone.