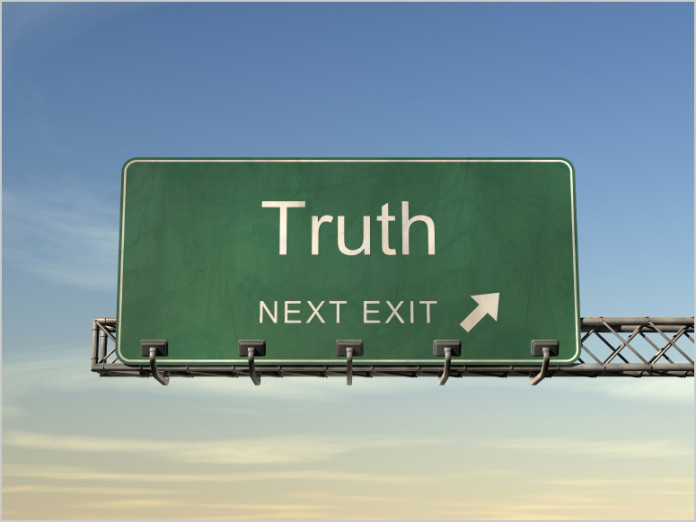 opinion/analysis University of Melbourne academic Rod Tucker attracted strident criticism this week for his claim that Malcolm Turnbull’s Multi-Technology Mix approach to the National Broadband Network will result in Australia remaining an “Internet backwater”. However, the unfortunate reality is that Tucker’s comments are all too accurate.

If Tucker — also one of the NBN expert panellists who recommended Labor proceed with the FTTP model in the first place — was seeking to stimulate a reaction with his opinion piece on The Conversation this week arguing that the Coalition’s approach to the NBN was “slow, expensive and obsolete”, then he certainly achieved his aim — in spades.

The howls of protest about the widely published article have been deafening all week.

Perhaps the most vibrant criticism of Tucker’s article came from Herald Sun columnist Terry McCrann, a long-time critic of Labor’s near-universal fibre model, who accused those backing the “fantasy” Fibre to the Premises model of “complete financial indifference verging on total financial illiteracy” for supporting it.

McCrann even went so far as raising that old hoary chestnut that it was foolhardy of the previous Labor Government to commit billions to upgrading Australia’s fixed-line broadband infrastructure at the same time as “mobile broadband” was becoming increasingly popular. Wow. I thought we had put that one to bed a while ago — with even the likes of Telstra agreeing Australia cannot run on mobile infrastructure alone — but obviously not.

However, the NBN company itself has been hardly less strident, with its chief executive Bill Morrow feverishly talking up the potential for Telstra’s copper network to deliver gigabit speeds to Australians using the G.Fast standard and the company’s public affairs manager Tony Brown spruiking the MTM model as a “game-changer for the Australian economy”.

Communications Minister Malcolm Turnbull has been relatively quiet on the topic this week, but it’s not like the Member for Wentworth needs to fire up the rhetoric when his loyal lieutenants in the Murdoch press and the NBN company itself are doing such a good job on his behalf. He can leave the MTM cheer squad to its own devices at this point.

However, as with a number of similar cases recently — one might recall a similar reaction when Singaporean telco MyRepublic touched base in Australia last month — methinks this might be yet another case of the lady protesting a little too much.

Why does a Herald Sun columnist like Terry McCrann feel the need to whale on Labor’s previous FTTP model with all the vitriol at his command? And why do the NBN company’s representatives themselves feel it necessary to highlight McCrann’s so obviously one-sided comments through social media, for those readers who may not have caught them at first flight?

The answer is that Tucker hit a nerve.

A close reading of the points which the telecommunications academic makes in his article reveals them to be relatively uncontroversial — even, it must be said, difficult to debate at all.

Tucker merely points out that by the NBN company’s own published data and modelling, Tony Abbott’s Coalition Government will not be successful in meeting its oft-repeated promise to deploy a version of the NBN that would be sufficiently fast, more affordable and quicker to roll out than Labor’s previous FTTP model.

These facts are quite well-established at this point, using the NBN company’s own material.

Only several weeks ago the NBN company revealed that the Coalition’s version of the project had blown out in costs by up to $15 billion. Its network rollout of Fibre to the Node and HFC cable technologies is proceeding at a snail’s pace, with most of the NBN company’s actual progress directly attributable to the FTTP model put in place originally by Labor.

And Tucker’s point that the Fibre to the Node technology preferred by the Coalition for a large part of the NBN build will leave Australia behind much of the rest of the world is similarly incontrovertible.

Countries like New Zealand and Singapore — as MyRepublic CEO Malcolm Rodriguez blithely pointed out last month — have already deployed vast chunks of the FTTP infrastructure that leaves the FTTN and HFC cable model in the dust. It is true that countries such as the UK are deploying FTTN — but they started half a decade before us. The UK already has some 22 million end users covered with the FTTN solution — whereas Australia’s own rollout so far officially barely covers a few dozen.

The NBN company’s chief executive Bill Morrow can refer to gigabit speeds on Telstra’s copper network using the G.Fast standard all he likes — and it is true that the technology does have potential. But the UK is able to pursue that model because its FTTN model is already extremely widespread. Australia’s own deployment has barely begun.

These countries have been able to achieve a massive head start in their broadband deployments over Australia, because their politicians did not spend the past ten years bickering over which model to deploy. Because of this, the unfortunate reality is that the NBN rollout is starting from a point very far behind our rivals. Fibre to the Premises is the only technology which will allow Australia to even keep pace with competing countries in the medium to long-term — and at this point we can completely forget about getting ahead.

If you work in Australia’s technology sector or have a personal interest in technology, you probably read Tucker’s article as a relatively innocuous statement based largely in fact, perhaps with a few ‘rhetorical flourishes’ that you could expect from an expert who has long favoured Labor’s Fibre to the Premises model, as do pretty much all credible telecommunications experts in Australia.

In short, the Coalition’s model is not delivering on its delivery promises, it’s already blown out in cost, and, by the way, the rest of the world doesn’t have their head stuck in the sand on the broadband issue like Australia does.

Tucker’s views on Fibre to the Node in particular are even relatively prevalent on the NBN company’s own board. Board director Simon Hackett openly slammed the FTTN model in March this year, saying he wished he could “erase” it, while NBN chair Ziggy Switkowski has acknowledged under Senate questioning that the FTTN model will likely need upgrading as soon as it is finished.

These are hardly controversial views.

Of course, the truth is that the truth has very little to do with politics, and the outraged reaction to Tucker’s post was very much a political one. It should be obvious that neither the NBN company — whose senior executives were largely hand-picked by Turnbull and have almost perjured themselves supporting the MTM model — nor News Corp — whose journalists have spent years finding the tiniest excuses to damn Labor’s version of the NBN, in what many suspect has been a misguided attempt to prop up Murdoch’s investment in Foxtel — are interested in hearing the technical truth about the NBN project at this point.

That question is: What is the best technology to serve Australia’s telecommunications needs for the next century and beyond? All the other details boil down to smaller debates about how we can rapidly implement that technology to achieve the best competitive, economic and financial outcomes.

And there’s only one answer. But it’s one that few people in politics seem willing to hear.