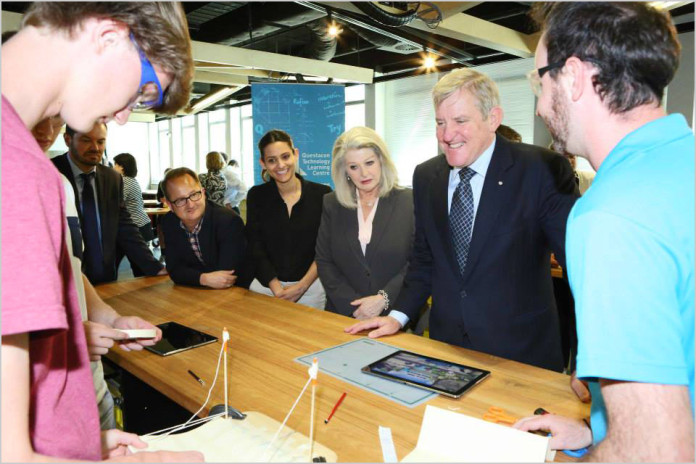 news Two senior Government Ministers have praised the merger and research credentials of Australia’s peak scientific and IT research organisations, despite having simultaneously cut the groups’ funding levels to a level described as “to the bone”, causing the merger and the potential loss of several hundred jobs.

Late last week, the Commonwealth Scientific and Industrial Research Organisation (CSIRO) and National ICT Australia (NICTA) announced they would merge certain aspects of their operations to form a new entity under the CSIRO, named ‘Data61’.

The merger was directly caused by substantial funding cuts by the Coalition Government.

NICTA is Australia’s largest organisation devoted to ICT research. Founded in 2002 under the then-Howard administration, focuses both on foundational ICT research as well as spinning off that research into startup companies and licensing the technology it develops. In its time, according to its website, the group has created 11 new companies, collaborated on joint projects with a range of ICT industries, developed a substantial technology and intellectual property portfolio and built a substantial PhD program. NICTA has more than 700 people across five laboratories around the nation.

However, in the 2014 Budget, the Coalition Government announced it would only maintain NICTA’s current funding levels ($84.9 million over the succeeding two years). After that point, Communications Minister Turnbull stated at that point, NICTA would receive no Federal Government funding.

Similarly, the CSIRO — Australia’s peak scientific organisation — received a $110 million cut in the same budget. In December 2014, CSIRO chairman said Simon McKeon said the cuts had resulted in the CSIRO cutting its operations “into the bone”.

Despite the Government being directly responsible for the cuts and the merger, last week Minister Turnbull and Industry and Science Minister Ian Macfarlane (pictured above) praised both organisations in a statement.

“CSIRO and NICTA are two world-class research organisations with some of the world’s leading scientists,” Minister Macfarlane said. “Both have an impressive track record in digital innovation and have demonstrated their ability to take home-grown technologies to market.

“Together they will be a force to be reckoned with, creating an internationally-recognised digital research powerhouse that will benefit Australian industry as it reaches into new global markets and seizes new opportunities for jobs and growth. I’d like to thank the NICTA members and the Board for embracing this opportunity to supercharge Australia’s digital research.”

For his part, Minister Turnbull said having a single national organisation would allow Data61 to produce “focussed research” that would deliver strong economic returns and ensure Australia remained at the forefront of digital innovation.

Data61 has hired Silicon Valley entrepreneur and author Adrian Turner to lead its operations. The executive is known for co-founding companies including the Borondi Group and Mocona Corporation, and for his book BlueSky Mining – Building Australia’s Next Billion Dollar Industries.

The jobs of about 200 staff are at risk during the merger. The CSIRO has not yet returned a call this morning enquiring about the fate of those staff.

opinion/analysis
Wow. This is really some next level stuff we’re seeing right here.

Let me get this straight. In last year’s Budget, NICTA lost absolutely all of its funding, while the CSIRO’s funding was chopped, in its chairman’s own words, so far that it had to cut “into the bone” to keep going, losing what he described as “scientists who are globally relevant”. Because of these funding cuts, NICTA was forced to merge with the CSIRO to keep going, and some 200 of its 700 jobs are at risk.

Regular Delimiter readers will know that I try and keep an open mind at all times. I am happy to praise the Government of the day when it initiates policies or projects which will have a positive effect on Australia’s technology industry and technology community. The recent HDTV legislation introduced by Minister Turnbull in the last Parliamentary Sitting period is one example, and I also approve of the Digital Transformation Office which the Minister has initiated.

In addition, I am not personally the greatest fan of NICTA. I would rather see the Government deployment incentives to support Australia’s rapidly growing technology startup sector, rather than directly funding an ICT research organisation like NICTA.

But some days you just have to call spin for what it is. Ministers should not be able to cut huge levels of funding from research organisations and then spin that as a victory for research and innovation. It is not. And we cannot let them get away with claiming that it is.