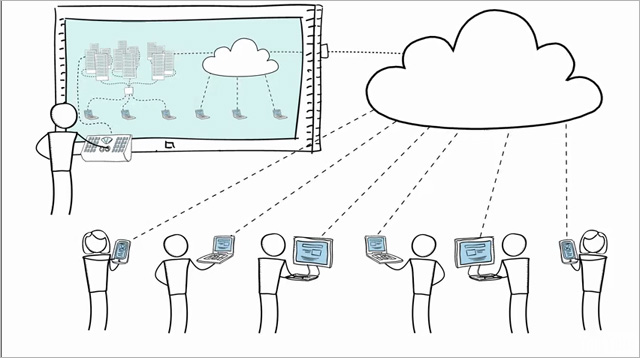 news Cloud computing giant Amazon Web Services today announced that its WorkSpaces virtual desktop platform was available to be delivered from its Sydney datacentre, in a move which may accelerate the adoption of virtual desktop infrastructure in Australia in general.

WorkSpaces is billed as allowing customers to easily provision cloud-based desktops that allow end users to access the documents, applications, and resources they need with the device of their choice, including laptops and tablets. With a few clicks in the AWS Management Console, the company said in a statement today, customers can provision a “high-quality desktop experience” for their users at a low comparable cost to most traditional Virtual Desktop Infrastructure (VDI) solutions.

According to Amazon, on-premises VDI solutions offer the benefits of centralised desktop management and security at a high cost, requiring companies to invest in network and storage infrastructure to support the delivery of a virtual desktop experience.

By migrating enterprise desktops to the cloud, the company said, Amazon WorkSpaces eliminates both the up-front investment and the ongoing management of infrastructure while still offering all the security and efficiency of a centralised model. For a low monthly fee, Amazon WorkSpaces provides a complete cloud-based desktop computing service including compute, persistent storage, and software applications.

“With Amazon WorkSpaces, we set out to build and deliver a high-quality desktop experience in the cloud at a more affordable price than traditional VDI solutions and without the complexity of setting up and maintaining the necessary backend infrastructure,” said Ed Lenta, Managing Director, ANZ at Amazon Web Services.

“Since the announcement of the limited preview of Amazon WorkSpaces in November 2013, AWS has seen strong customer uptake as well as interest from customers for availability in additional AWS Regions. Today, the tens of thousands of ANZ organisations currently using the AWS Sydney Region can access Amazon WorkSpaces to drive desktop ease-of-management, increased flexibility, and lower costs compared to a traditional solution across their employee base.”

Reckon Limited (RKN), an ASX listed company is well known as a leading provider of software solutions for accounting professionals and small businesses. RKN has been working with AWS on a number of projects and acknowledges the benefits Amazon WorkSpaces can bring to their clients.

“We needed a desktop solution to help streamline and enhance the deployment and ongoing performance of our APS cloud offering designed for accounting firms. This product brings the sophistication of a desktop environment to the cloud for a seamless online experience that gives our clients more flexible access, as well as a superior experience at a lower cost,” said Zack Levy, Reckon’s CIO.

“We’ve been extremely pleased with the results of our trial of Amazon WorkSpaces and we can see how the product fits into the core of our APS cloud offering to ensure we continue to provide our clients with a flexible, robust, and scalable solution.”

In mid-March this year, for instance, the Commonwealth Treasury flagged plans to take a significant new step in the ongoing renewal of its internal IT infrastructure through a project that will focus on the delivery of virtual desktop PCs, virtualised applications, secure corporate data to mobile devices and the creation of a corporate “app store”.

opinion/analysis
I’ve seen a modest degree of hype around Amazon WorkSpaces since the platform was revealed late last year, and there is no doubt that Australian organisations are more interested in virtual desktop infrastructure right now than they have ever been. However, it also remains true that this style of technology has been slow to gain mainstream acceptance. It will be interesting to see if Amazon’s innovation and muscle can change this.