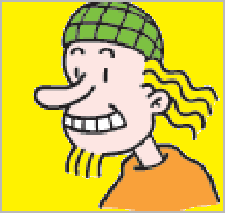 blog Wow. Are we still writing about One.Tel? Apparently so. For those who don’t recall, One.Tel was one of Australia’s first major competitive telcos. Established in 1995 as the industry was progressively being regulated, it was established by Jodee Rich and Brad Keeling and backed by both the Murdoch and Packer families, with scions James Packer and Lachlan Murdoch sitting on the company’s board.

There’s even a Delimiter connection: Your writer went for a junior systems administrator job at the time. I didn’t get it (which was lucky, in hindsight); but I did get a look at the ritzy Sydney CBD One.Tel offices, which were decorated with the same kind of funky, Generation Y aesthetic which Google uses today in its Googleplexes. And of course the company had its mascot, The Dude (pictured), who is reminiscent of Jeff Bridge’s character from 1998’s The Big Lebowski.

One.Tel, of course, eventually went bust in spectacular fashion, and become the subject of many lawsuits, the final one of which is about to be concluded, according to The Australian newspaper, who tells us (we recommend you click here for the full article):

“The final key chapter in the saga of failed 1990s telco One.Tel looks set to play out today with a financial settlement of between $40 million and $50m, which only slightly exceeds estimates of what the liquidation has cost so far.”

Australia’s telecommunications industry is littered with spectacular failures. Names such as OzEmail, Unwired and countless Telstra sub-initiatives (anyone remember i-Mode?) have gone down in history poorly. But the greatest has always been One.Tel. The company was so incredibly hyped during its heyday, and then, it seemed, mere days later, became worth almost nothing. Its implosion was incredible, and as this week’s legal action shows, the ramifications are still being felt more than a decade later.