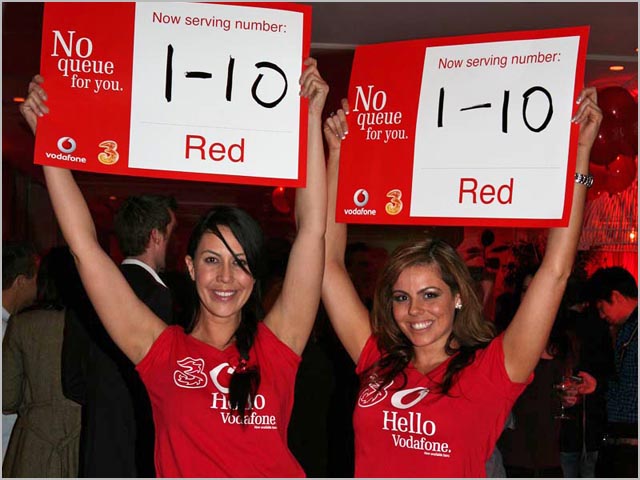 opinion The exit of Michael Malone from the company he founded 20 years ago has re-opened long-running speculation that top-tier broadband player iiNet could be acquired, and it’s a valid idea. But the telco most suited to buying the powerhouse from Perth is not hostile rival TPG; it’s ailing mobile telco Vodafone, which still has plenty of cash up its sleeves.

Nobody could accuse Australia’s financial analysts of being sensitive to others’ feelings. Celebrated Australian entrepreneur and technology Michael Malone spent twenty years building up his company and helping to deliver fast broadband to millions of Australians. Yet just days after his resignation, the speculation had already begun about how long it would take arch-rival TPG to buy iiNet out.

“TPG could move on iiNet this year,” screamed the headline published by the Financial Review newspaper last week. And analysts from Citigroup, Goldman Sachs and others were quick to talk up the prospect of TPG chief executive David Teoh sliding through the backdoor into Malone’s office.

From a certain perspective, such talk makes a great deal of sense. There is no doubt that Malone was personally against his company being acquired by a rival such as TPG; over the years the executive has vastly preferred the role of hunter rather than prey. Malone’s game lounge contains the pelts of rivals such as Internode, Adam Internet, Netspace, Westnet, OzEmail, AAPT and more.

With Malone out of the picture, it’s not hard to imagine iiNet reverting to more of a traditional company culture which would value the quest for a quick return on shareholders’ investment more than its long-term survival as an independent vehicle. Once professional executives get to a certain level, they tend to be willing to compromise their ideals for the right price; a vice Malone never shared.

Then too, speculation about iiNet’s future has been bubbling along ever since mid-2011, when cornerstone investor Amcom divested its 23 percent stake in the telco. That move followed the earlier departure of Telecom NZ from iiNet’s share register and opened the door for TPG to quietly pick up several decent parcel of shares in the company; it currently owns about 6.3 percent of iiNet.

TPG, which maintains a substantially higher profit margin than iiNet due to its penchant for keeping its costs at absolute rock bottom and delivering better margins through backhaul acquisitions such as PIPE Networks, has been better able to pay off debt it picked up through acquisitions. Even though the company only recently bought the remnants of AAPT in December last year for $450 million, it won’t be too long before TPG can extend its debt facility once again and start looking for another target.

The final piece in the puzzle is the shifting regulatory climate. Malcolm Turnbull’s ongoing destruction of Labor’s all-consuming National Broadband Network policy is likely to mean that infrastructure investments by retail telcos such as Telstra, Optus and TPG have come back on the table. It is unlikely that the Communications Minister will ignore the Coalition’s underlying philosophy of market deregulation and stop the Fibre to the Basement deployments such companies are planning from going ahead.

Out of Australia’s top four broadband telcos, iiNet will emerge with the weakest position in any race to deploy new broadband infrastructure. Telstra, Optus and TPG (with its PIPE Networks and AAPT buyouts) already own vast swathes of fibre backhaul infrastructure. iiNet, which has focused on the retail market, does not, and will find it difficult to compete. Then, too, Telstra and Optus are likely to get hefty cash payouts from Turnbull’s plans to acquire their HFC cable networks.

This leaves iiNet in a difficult and vulnerable spot. It doesn’t have the resources or network to continue growing at the same rate shareholders tend to like. Much of this position is the Federal Government’s fault. iiNet’s strategy of going hard as a retail ISP had looked fantastic when the Government was planning to build an all-fibre National Broadband Network. Now that that dream is dead, iiNet is left looking at a field of rivals who already own their own rival infrastructure.

However, from almost everyone’s perspective, a TPG buyout of iiNet would be a disaster.

The two companies’ management cultures, their customer bases, their product sets, their marketing approach and their overall corporate cultures could not be more different. Any merger with TPG would be likely to send many iiNet customers running screaming for the hills, and any attempt to integrate the two companies would end up in a Frankenstein’s monster of mixed approaches.

The national competition regulator would be unlikely to block a TPG acquisition of iiNet, due to the argument that such a merger would create a stronger competitor to the still-dominant forces of Telstra and Optus. However, the reality is that a TPG/iiNet merger would destroy much of the innovation in Australia’s broadband ecosystem. iiNet is virtually the only player innovating at all in broadband at the moment — and then only marginally, compared to the advancements made in the 2000’s.

The logical answer to these large, important, structural issues in the telecommunications sector is for iiNet to find another sugar daddy who’s got the cash and the synergies to take it to the next level, irrespective of what happens with respect to the tragicomedy which is the NBN project (or, under the Coalition, the CBN, as it is now known).

The most likely candidate for this would be Vodafone.

An iiNet acquisition would solve many problems for Vodafone. The mobile telco has long suffered in the local market due to its lack of fixed backhaul infrastructure to support its mobile networks (a factor Telstra and Optus continually exploit). An acquisition would allow each company to target their products at a huge new market, with Vodafone doubtless able to switch hundreds of thousands of iiNet fixed-line broadband customers onto mobile bundles, and iiNet able to sell its fixed-line portfolio to Vodafone’s mobile base.

The companies have many joint supplier relationships — including with network hardware vendors such as Huawei — and similar ‘Generation Y’ corporate cultures. Their product sets are not dissimilar, with both largely focused on the middle market of moderate spenders after a decent telecommunications experience (not the bottom of the basement that cut-rate telcos such as TPG and Dod go after). And both are heavily focused on customer service outcomes.

The question of whether Vodafone can afford to buy iiNet is also largely a moot one.

Although the mobile telco has been losing money hand over fist in Australia recently, there are strong indications that Vodafone is about to pull its business back on track (Delimiter 2.0 article). iiNet is only worth about $1.2 billion total at today’s share price. When you consider the fact that the global Vodafone recently picked up US$130 billion from the sale of its stake in US carrier Verizon (funds former Group Vodafone Australia chief Bill Morrow has already acknowledged pitching for for further investment in Australia), it’s not hard to envisage the big V blowing a decent wad of cash on picking up the big ii.

It’s worth remembering that Vodafone Australia’s joint venture backers, Hutchison Whampoa and the global Vodafone Group, have ploughed hundreds of millions already into the company over the past few years as part of the #Vodafail remediation effort. If they want to ensure their investments make a return over the medium-term, doubling down with a further investment in iiNet starts to look like a safe bet.

Of course, there are roadblocks in the way to any buyout. TPG’s ownership of 6.3 percent of iiNet remains one, as does Malone’s 5.6 percent and even the 3.74 percent of the company still owned by Internode founder Simon Hackett. iiNet is also held by many small investors. Any buyout attempt would be likely to push its share price up substantially, even though it’s already at record highs.

If a buyout of iiNet is to occur — and the history of consolidation in Australia’s telco industry as well as iiNet’s ongoing lack of major shareholders suggests it is probably inevitable — then the best suitor at the moment is likely to be Vodafone. Telstra and Optus would likely be blocked from any move for competition reasons, a TPG acquisition would be a terrible outcome for everyone, and other suitors are a bit thin on the ground.

But a Vodafone buyout would be a good outcome for everyone concerned. It would shore up the futures of both companies, create a more viable competitor to Telstra and Optus, and ensure that customers and innovation weren’t left in the ditch at the side of the road. I’ve been to quite a few Vodafone product launches over the years filled with dancing showgirls dressed in red. I’m sure iiNet mascot and nervous geek Finn would take a while to fit in with this relentless hedonism. But in the end I’m sure he’d pluck up the courage to make some new friends.