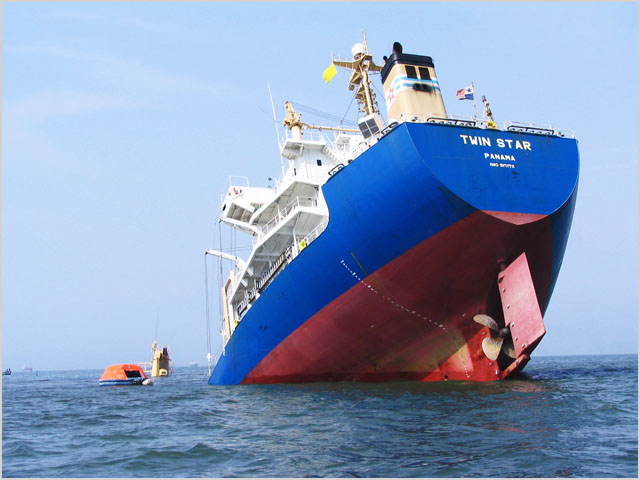 Most Australian broadband customers will be looking for a somewhat mainstream option. They want a reasonably priced broadband package, with fairly decent customer service and some value-added options as a bonus on top. So they pick iiNet. As households get larger and consume more services, they often seek to save money by bundling packages together. So they go with a bigger telco like Telstra or Optus.

For the more technically minded, companies like Internode are going strong, and you can even complain directly to tech-savvy managing directors like Simon Hackett on Twitter if your ping time isn’t the best. And of course, if you’re pinching pennies the bottom of the barrel you’ve got the option of TPG or Dodo, both of which offer an acceptable service at a steep discount.

Although acquisitions such as the buyout of AAPT, PIPE Networks, Netspace, Westnet and more have shaken this schema up a bit over the past few years, the broader landscape hasn’t really changed all that much. You’ve still got your discount players to keep mainstream prices down, your innovators to keep the big guns developing their products, and the bigger players to highlight the benefit of bundled packages.

However, there is no doubt that all this will dramatically change if serial acquirer TPG ever succeeds in acquiring the only player with any real scale left for it to buy. I speak, of course, of iiNet.

It has long been suspected that with major shareholders Telecom NZ and Amcom leaving iiNet’s registry, that Michael Malone’s Perth-based baby would come into play. And, for the longest time, TPG has really been the only likely acquirer of this prize jewel.

The reasons for this are pretty obvious. The ACCC would likely restrain Telstra from buying a major rival like iiNet and consolidating its market power further. Optus has starkly demonstrated its lack of interest in the low margin fixed broadband market over the past few years, preferring to focus on its mobile business. Vodafone is still struggling to ingest Hutchison right now, and Internode? Well, it’s probably too small to buy iiNet, and probably not interested.

That just leaves TPG … a rapacious beast of a company which, like iiNet itself, has primarily grown over the past decade through insatiable acquisition and blanketing Australia with a universal cozy haze of purple and yellow marketing material promising the nation’s cheapest broadband prices.

TPG’s covert move over the past few months to sneak onto iiNet’s share registry, sparking iiNet’s dramatic revelation of its hulking presence yesterday, was just confirmation of what everyone in Australia’s telco sector already knows. Yesterday TPG said it had no specific intention regarding iiNet other than to own some of its shares as a “strategic investment”.

But an open secret right now is that TPG has in fact been making eyes at iiNet’s luscious legs across the smoky bar that is Australia’s ISP market for some time, licking its lips and taking another sip of its double bourbon as graphic images of the inevitable steamy consummation run through its fevered imagination. And, should iiNet prove to be a difficult prize to capture, of course, TPG is already preparing the Rohypnol.

“Strategic investment”? Yup. TPG is about as subtle as a sledgehammer. It may only own five percent of iiNet now. But that’s just the cost of dinner on the first date.

Should this occur — and I have no doubt that this little dance will play out in one form or another over the next six months — it would be a disaster of epic proportions for Australia’s broadband market in general, and Labor’s vaunted National Broadband Network policy specifically. The reason for this is clear: iiNet has an unusual and crucial position in Australia’s broadband market, which sees it take the middle ground, keeping both ends of the ISP spectrum honest.

When it comes to cut-rate rivals like TPG and Dodo, iiNet provides customers with the equivalent of a safety valve. Many of my friends have flirted with the discount kings, taking six months or a year out of their long-term Internode or iiNet ADSL contracts to see if they can get an acceptable service for a massively cheaper price. But eventually most end up coming back. The low-priced players might be fine for many end users in the market, but their comparatively poorer levels of customer service, network reliability and innovation (think the launch of ADSL2+, IP telephony and IPTV) give iiNet a position sitting pretty above the bottom of the market which customers relish.

It’s a similar scenario when it comes to the top end of town: Telstra and Optus.

The dynamic duo’s broadband solutions are overpriced and stagnant — and have been for years. They get away with it to a certain extent by packaging bundles together. Anything they sell, you can get in a bundle: Mobile, pay TV, extra lines, a fancy touch-screen telephone based on Linux, and probably even the kitchen sink.

Telstra and Optus call it ‘bundling’. I call it ‘lock-in’. The terrible twins of Australian telecommunications know that if you sign up for more than one service, they’ve likely got you for life. Against this behaviour, iiNet again keeps the pair honest through price differentiation. Customers know they can get a cheaper plan from iiNet with much of the same features which Telstra and Optus offer. When stellar customer service is added into the mix, iiNet’s offer often starts to look unbeatable. And this stops Telstra and Optus from going too far.

Now, let’s assume for a moment that TPG’s advances towards iiNet are eventually successful and Don Malone is forced to marry his beautiful daughter off to the invading barbarian king. In this scenario, the middle-ground of Australia’s broadband market would collapse. TPG and Dodo would have no real competition at the low end of the market, and Telstra and Optus would have no real competition at the top end. Prices at the bottom would inflate; and so would prices at the top.

Worse, the level of innovation in Australia’s broadband sector would also slow to a snail’s pace.

Throughout the past decade, it has repeatedly been iiNet, primarily, which has generated innovation in Australia’s broadband market. The rollout of competitive DSLAMs leading to ADSL2+ speeds, the deployment of IP telephony, participation in peering and quota-free servers and above all, a constant regulatory war with Telstra which forced some semblance of competition upon a formerly monopolistic telco sphere?

Yup, it’s been iiNet which has fuelled all of that.

“But wait,” I hear you say. “What about the great hope of South Australia? That gallant white knight of the skies? The pinnacle of princely men? The Gordon Freeman of the telecommunications sector? The noble Simon Hackett and his thousand sturdy Internode companions?”

Yes, it is true. iiNet has not been alone in its quest for innovation in Australia’s telco sector over the past several decades. Internode has fought side by side with iiNet on all fronts. Simon Hackett has been the Gandalf to Michael Malone’s Aragorn: Charging into battle clad in shining mail upon his electric horse, or plunging screaming from the skies to the attack on his silent eagle of steel. And, like iiNet, Internode also occupies the mainstream position in the market.

And yet, as Malone himself has pointed out, with much less than half the market presence of the top four companies, Internode is not currently one of the major players in Australia’s broadband sector. It is not well positioned to fight companies more than twice its size (TPG), three times its size (iiNet) and god knows how many times its size (Telstra and Optus).

If TPG buys iiNet, Internode will not be squashed. In fact, it will thrive, as myself and tens of thousands of other iiNet customers run screaming to its warm embrace and away from David Teoh’s mailed fist. However, neither will it be anywhere near the market force that iiNet currently is.

All of this leaves organisations like the Australian Competition and Consumer Commission in an uncomfortable spot. When mobile players Vodafone and Hutchison announced their merger several years ago, turning a four-cornered market into a triopoly, the regulator eventually grudgingly allowed the deal, as it would allow a major third player to gain infrastructure scale against Telstra and Optus — despite the fact that Vodafone has a reputation globally as a bit of a grouchy incumbent itself.

We’ve seen how that has worked out — not well — but in the fixed market things would be even worse.

The rollout of the NBN makes the argument that a merged iiNet/TPG entity could better invest in infrastructure redundant; the government is doing that for everyone. Innovation would be stifled, consumers would be presented with one less major option — and one of the best — to choose from in terms of their broadband connection, and any future government would be faced with just three major fixed-line players to debate the future of the sector with — with one loud, intelligent voice instantly silenced.

It’s this kind of nightmare scenario which the NBN is supposed to help Australia avoid. The rollout of the infrastructure is supposed to engender a massive variety of retail options when it comes to broadband. And yet, ironically, amidst all the jubilation at the shareholder accord to Telstra’s NBN deal yesterday … the future decrepitude of competition in the sector may have quietly been foreshadowed.

A war cry for competition must now be loudly raised. TPG cannot be allowed to buy iiNet. A future without one of the most innovative, vocal, competitive companies in Australia’s telecommunications sector would be an incredibly dim future indeed.