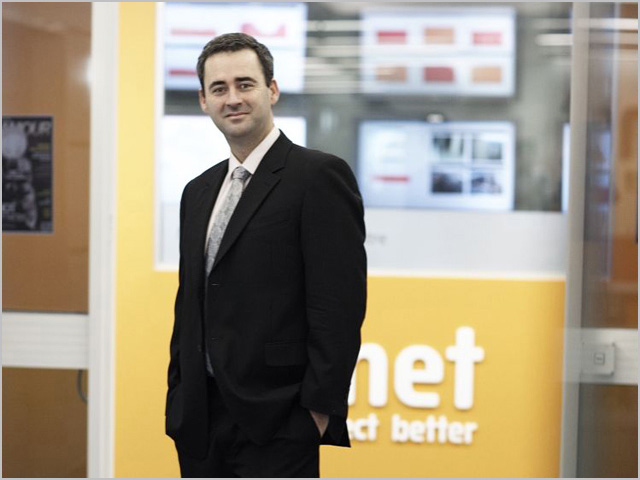 news The chief executive of iiNet today said a public inquiry would need to be held if rival broadband company TPG decided to extend its stake in his company to the point where an acquisition was on the cards — and the issue could become a policy question to be decided by the Federal Government.

In mid-October this year, iiNet revealed long-term rival TPG had quietly bought about 4.4 percent of its shares, in a move which led to speculation about iiNet’s future as an independent company. At the time, TPG said it had “no specific intention” regarding iiNet other than to own the shares as a strategic investment.

Speaking to journalists today on the occasion of iiNet’s acquisition of Canberra telco TransACT, iiNet CEO Michael Malone said he had not met with TPG’s management over the share acquisition, which has now grown to 5.1 percent.

In addition, the executive wouldn’t comment directly on whether iiNet would seek to meet with TPG, other than to say the company had a number of major shareholders with similar share stakes.
Like iiNet itself, TPG has acquired several other major telcos in Australia over the past few years and aided in the ongoing consolidation of the telecommunications market. Any acquisition of iiNet by TPG would leave Australia with just three major national broadband giants — Telstra, Optus and TPG — with a handful of rivals with vastly smaller scale such as Internode, Dodo and Primus.

“The ACCC tends to have a 20 percent [market share] threshold,” he said, noting that this would probably rule out companies like Telstra and Optus from buying iiNet, whereas TPG would be on the borderline. iiNet currently has about 13 to 14 percent of the ADSL broadband market, and about 10 percent of the total fixed-line broadband market.

Additionally, Malone said a TPG offer for iiNet would need “a public inquiry”, and would perhaps need to be examined by the Federal Government as “a question of policy”.

Malone also commented in general on the issue of competition in the Australian telecommunications market. Last week Delimiter published an opinionated article arguing iiNet’s ongoing acquisitions — which have included major ISPs such as OzEmail, Netspace, AAPT and now TransACT — would have a negative impact on competition in the sector following the rollout of the National Broadband Network.

“I think your most recent article is a load of rubbish,” said Malone, pointing out that many of Delimiter’s readers criticised the article’s assertions in the comments section.

The iiNet chief executive said in reality there was only one “behemoth” dominating the broadband market — Telstra — and that consolidation of smaller players was allowing viable competition to arrive in the market for the first time.

“iiNet and TPG are now at a size where we’ve got viable scale,” Malone said. Previously, he argued, Telstra had not cared about the existence of a plethora of smaller ISPs because they were “unviable competitors”. However, the current situation was making Telstra ‘sit up and take notice’. In any sector, Malone said, ultimately three to five strong companies would emerge from the competitive process — with smaller niche companies serving discrete markets. “I think that’s going to continue,” he said, noting the NBN policy would see smaller ISPs creating geographic customer niches.

Malone said there were three scenarios for what could occur with TransACT’s networks under the NBN. Firstly, he said, NBN Co could compensate TransACT for shutting its networks down and migrating customers on the NBN, in a similar contract to the ones NBN Co has signed with Telstra and Optus. However, the executive considered this situation to be unlikely.

It was more realistic that NBN Co would either build its own network in the areas which TransACT served, he said, but more likely that the fibre company would regard the areas served by TransACT as already have sufficient broadband services and not build fibre infrastructure in those areas. It would be possible under current telecommunications legislation to exempt those areas, although the Government had yet to make a decision on the matter.

opinion/analysis
iiNet is the prize jewel of Australian telecommunications right now, and over the years it’s had a number of different telcos on its share registry. Amcom, Telecom New Zealand (PowerTel/AAPT), and now TPG. The speculation about the company’s future is not going to die down. Until it becomes a lot larger or wins a major institutional investor to block its registry in a big way, it is going to remain in play.

I’m not sure whether I agree with Malone or not that a public inquiry should be held if TPG grabbed a stack more iiNet shares and made an offer. We haven’t really seen this kind of public inquiry in Australia’s broadband space yet — although we did see it when Vodafone and Hutchison merged in the mobile space. However, I do know that the ACCC will be watching this scenario very closely. iiNet has and continues to be one of the most competitive forces in Australian telecommunications. If that jewel was suddenly submerged into another major company like TPG, alarm bells would be ringing all over the place.