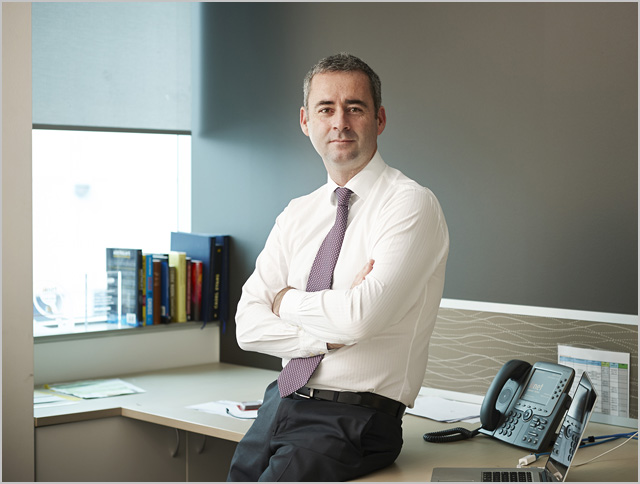 news The long-time chief executive of top-tier national broadband provider iiNet, Michael Malone, this morning revealed plans to completely resign from the company he founded twenty years ago in his garage, in a move that will signal the end of an era for Australia’s broadband industry.

Malone, who has been on a sabbatical from his position since November 2013, made the decision to leave the company while on extended leave.

“Over the past three months, I’ve had the opportunity to pursue activities I’m passionate about, and taken time out to meet many inspirational individuals from across the globe,” Malone said in a statement released this morning. “During this time away from the business, it became clear to me leading iiNet and its passionate staff requires 24×7 commitment, energy and enthusiasm. I have been able to achieve that for over 20 years but have come to the point where I want to dedicate my time to other opportunities.”

“It’s never easy to say goodbye, but this is an ideal time to leave – iiNet is in the best financial shape it has ever been and has a strong growth plan for future success. I have taken great pride in the company that we have built. I know iiNet management and staff have the ability, energy and vision to keep building the business, and providing our customers with amazing service. It will be incredibly hard for me to move on but I plan to keep a strong relationship with the company and all of its staff, many of whom are close friends.”

iiNet Chairman, Michael Smith said: “We don’t know how Michael has managed to sustain his passion over such a long time and we are incredibly proud of his achievements. Michael is a legend and a telecommunications visionary; he has been the foundation of iiNet’s success. We are committed to ensuring his legacy and story lives on through a continued commitment to service excellence, challenging the status quo, thinking for ourselves and growing.”

iiNet chief financial officer David Buckingham will continue to act in the role of iiNet Chief Executive Officer. In the interests of sound corporate governance, the Board will be conducting an international search for a new CEO. “The board will ensure that the next iiNet CEO is the best available. If that turns out to be David, we will be delighted,” Smith concluded. iiNet will appoint a search firm in the next few days and hopes to conclude the process before 30 June.

Firstly, it’s certainly not unexpected. Like Simon Hackett before him, Michael Malone has long suffered a certain amount of weariness when it comes to iiNet. While iiNet is still being run expertly, his latest sabbatical isn’t the first time Malone’s other interests in life have drawn his attention away from iiNet, and he’s increasingly been leaving some tasks to others. 20 years in one role is a very long time, and I don’t think anyone is surprised to see the executive resign at this point.

The second obvious point to be made is that Malone will go down in history as one of the Australian technology sector’s greatest entrepreneurs. iiNet was a business which he literally built with his bare hands from the ground upwards, from a tiny Perth ISP into the massive corporation it is today.

Along the way there have been countless points where Malone’s influence has been crucial. The ongoing, almost rapacious interest iiNet has had in consolidating the ISP industry. Opening up the market to broadband and shifting away from dial-up. The biting regulatory fight with Telstra during the 2000’s. Unlocking ADSL1 speeds which Telstra artificially limited, and then the rollout of ADSL2+, which most Australians use for their broadband today. The development of consumer-grade IP telephony. The ongoing development of IP television.

And perhaps Malone’s most public role as the defender of Australian ISPs’ rights against the content industry in the very high-profile High Court trial which iiNet successfully won. In his career Malone has truly had it all: Riches, fame, progress, industry development, politics and more. Australians literally owe our modern broadband system to this man, among others.

From a personal point of view I will also miss Malone immensely. The private sector often feels like it’s driven by ruthless capitalists who have no ethics. Don’t get me wrong — Malone has definitely been a committed capitalist. However, it’s also been his strong sense of ethics which has guided his decisions through the years and kept iiNet from becoming an ‘evil’ company like so many others. I am very aware that on several occasions, when iiNet has been about to take a step in the wrong direction, Malone has personally intervened behind the scenes and put it back on the right, ethical track.

As a company, iiNet’s culture very strongly resembles Malone’s own personality. The executive is energetic, enthusiastic, personable and loves a good laugh. Talk to iiNet’s customer support team or watch a few of its ads and you’ll immediately feel the same attributes shining through. Of course, underneath all that is a ruthless commercialism and drive to succeed and grow. iiNet didn’t come to be known as the ‘iiBorg’ for nothing. It loves nothing more than to assimilate other ISPs.

And under all that in turn is a very strong ethical foundation. I’ve never seen a situation where Malone has deliberately done something wrong. His backbone is one of the firmest that I’ve ever seen, and he has never deviated from his course in life as being a good man, pushing Australian society forward.

I’d also like to apologise to the executive for all the tough questions I sent him via email about tough issues that iiNet had to deal with. But I will note that Malone dealt with them better than any other executive I have ever dealt with. He’s always honest and forthright, while never compromising on his ideals or iiNet’s needs. And I know how hard he’s worked. Sometimes I’d get emails from him late at night or very early in the morning.

An incredible technologist, a driven entrepreneur, an energetic capitalist, an advocate for his customers’ interests and an ethical, good man. This is what Michael Malone has been to the Australian technology sector, and we should give thanks for that. When I think of Michael Malone, I see a still young man with light in his eyes, looking constantly forward to the future. We’ll miss you, Michael. Fare thee well.