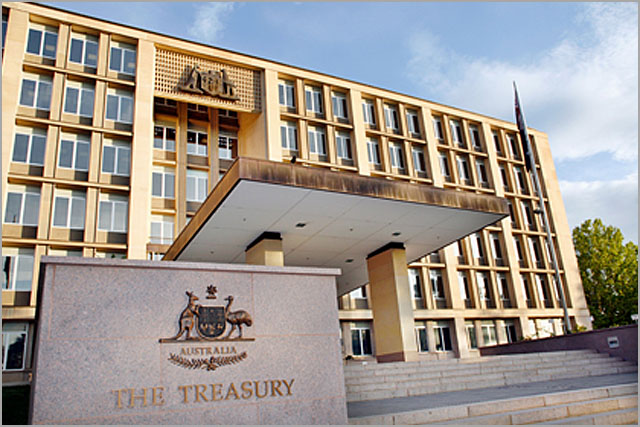 news The Commonwealth Treasury has flagged plans to take a significant new step in the ongoing renewal of its internal IT infrastructure through a project that will focus on the delivery of virtual desktop PCs, virtualised applications, secure corporate data to mobile devices and the creation of a corporate “app store”.

The agency is a relatively small department within the Federal Government, with its most recent Annual Report listing 949 staff. However, it has wide-ranging influence in the setting of key policies around micro- and macro-economic reform, as well as managing the economy and working with other government departments and agencies on financial matters.

The Treasury currently runs a fairly traditional desktop PC environment based on Windows 7, Internet Explorer and Microsoft Office, with Citrix’s XenApp software providing remote access to applications. However, it has also taken several major steps over the past several years to modernise its IT infrastructure, deploying Cisco IP telephony from 2011 to replace its legacy PABX platform and flagging plans 12 months ago to dump its fleet of BlackBerry mobile phones in favour of the iPhone 5S. It also uses iPad and Microsoft Surface tablets.

In a new tender document released this week, the agency revealed it would go further. It is seeking assistance to deploy a pilot virtual desktop project involving 50 desktops, as well as delivering virtualised applications, secure corporate data to mobile devices and the creation of a corporate “app store”.

The documents state: “The scheduled refresh of Treasury’s existing desktop assets provided an opportunity to re-examine the approach taken to deliver corporate data and applications, both internally and externally. A review was conducted to examine the existing Treasury end user compute landscape and to assess this against current and future industry offerings and trends.”

“As a result of this review, The Treasury is embarking on a project to implement an End User Computing (EUC) platform to deliver both enhanced enterprise mobility and a desktop virtualisation capability. Enhanced mobility is required to deliver an increasing number of application and data services to a broader range of end user devices. The virtualised desktop capability will augment the mobility platform and provide Treasury greater agility and choice when delivering internal EUC services.”

The first component of the build will be a virtual desktop solution that will enable the Treasury to deliver a secure “in office” desktop experience to staff across a range of end user devices, using the Treasury’s existing Windows 7 Standard Operating Environment as its basis. The pilot will initially target some 50 external mobile users, but may be extended to users on the Treasury’s internal networks.

The second component will see Treasury mobile users provided with the ability to execute corporate applications through what the agency described as an “app store”-style interface.

The third component will feature a secure mobile data access solution. “Treasury has a current and increasing requirement for the secure distribution of corporate data to mobile end user devices,” the agency wrote.

“To meet this, Treasury requires the implementation of a secure mobile data distribution solution. This, in conjunction with the Department’s existing mobile data management solution, will enable the distribution of corporate information to approved devices. All data must be appropriately encrypted both in transit and at rest in compliance with Australian Signals Directorate security guidelines.”

And lastly, the Treasury requires a new application virtualisation solution.

“As part of the solution implementation, an initial set of corporate applications are required to be virtualised and provisioned to the virtual desktop. It is the Department’s intention to adopt the application virtualisation solution utilised for this deliverable as the Treasury standard.”

The Treasury is also envisaging that the new platform will allow the agency to investigate other new capabilities such as the potential to allow staff to participate in the Bring Your Own Device paradigm, as well as utilise Software as a Service offerings.

opinion/analysis
Treasury chief information officer Peter Alexander (formerly at the Department of Finance) is certainly making a name for himself as a progressive CIO. This new approach looks to have it all — virtual desktop, virtual applications, an enterprise app store, and secure mobile data distribution. This after an IP telephony rollout and iPhone/iPad/Surface deployment, and on the way to SaaS, BYOD and so on. Alexander is certainly pushing the Treasury forward.

Beyond the actual technology being used, I also really like the business case which is being put forward here. It should be obvious that the Treasury contains a number of mobile workers who are out there working with other departments, including senior staff. Alexander is actively seeking to give those staff the tools and data they need to do their job, while also better securing Treasury’s information resources and planning for a future in which users will be able to use BYOD solutions.