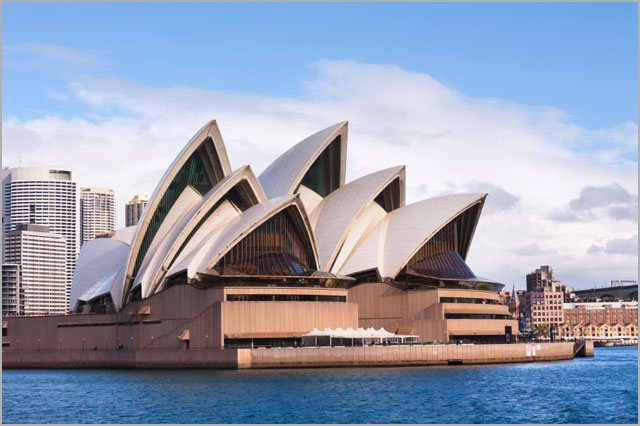 news The NSW Department of Trade and Investment has signalled plans to continue shifting more of its IT assets to cloud computing platforms as part of a “journey” away from managing and owning its own infrastructure, in the wake of the successful deployment of a wide-ranging ERP platform based on a SAP software as a service solution.

In July 2012, the department announced it would transition its legacy ERP systems including 16 agencies – totalling over 8,500 employees – onto a single, consolidated SAP cloud platform. The agency expected to deliver savings of more than $12.5 million annually by enabling greater efficiencies across the entire organisation. At the time, SAP said the deal represented its largest Business ByDesign win globally, and the first cloud platform win in the Australian public sector. Subsequently, in August 2013, the department claimed initial success in the project, claiming that so far the project has been delivered “on time and on budget”, but with a large chunk of the work still to go.

The rollout was significant because it was one of the first major known cloud computing projects carried out by the NSW State Government. Like other states such as Victoria and Queensland, NSW has suffered problems with IT project and service delivery and consequently has shifted to a “cloud-first” IT deployment model, in an attempt to avoid major IT project failures such as have occurred in the past, and make its IT operations more nimble, functional, standardised and efficient.

In new tenders document issued yesterday, the department noted that it wanted to push its cloud journey further. The tender documents defined the department’s requirements for the provision of a cloud-based solution with two outcomes: “Move current development and test workloads to an Infrastructure as a Service (IaaS) platform and develop an automatically replicated disaster recovery solution with stand-by (powered off) replicas on the IaaS platform.”

In the documents, the department noted that its current IT services have been built, managed and maintained independently across the multiple entities which form the NSW Trade and Investment cluster. These services were delivered from many disparate computer rooms across the state. A programme of works is continuing to consolidate and rationalise these services. At present ICT services are being consolidated into the two datacentres within the Orange, NSW and Maitland, NSW departmental offices.

“DTI’s ICT aim is to reduce reliance on infrastructure through use of Software as a Service (SaaS) and Platform as a Service (PaaS) solutions to meet business needs,” the department added. “The department has successfully moved core business functions to the cloud based solutions and is continuing this journey.”

“The department will move ICT Infrastructure to IaaS delivery and move away from managing and owning its own. This will initially be delivered through a Hybrid Cloud model. This means a mix of rented capacity in a cloud based Infrastructure as a Service (IaaS) providers and the remaining infrastructure hosted in the NSW Government data centres. This project is to build the necessary skills and services to be able to support the longer term objective. The initial focus will be to move test and development and disaster recovery systems to an IaaS delivery model.”

The department noted that the disaster recovery system it is planning on build must be able to deliver on a recovery point of one day in the past, and take no more than one day to come into operation. It must also have the ability to improve to near real-time in the future. It must also be 80 percent automated, with only 20 percent manual intervention.

The IaaS platform the department is seeking must be charged monthly for hourly usage, be “massively scalable”, feature a monitoring dashboard and be able to provide granular billing detail so that charges for particular systems or groups of systems can be apportioned to relevant business units.

Interestingly, the documents note that the department has already migrated to Google’s Apps platform for its calendaring, email and instant messaging needs, making it one of the few government departments nationally to be on the Google platform, which is becoming popular in some segments of the private sector.

News of the Department’s new cloud project comes as similar projects are ramping up across governments around Australia.

The Queensland Government recently revealed it had committed to replacing the ageing payroll systems used to support its emergency services (police, fire and ambulance) workers with a cloud computing platform, in the second major planned deployment of a cloud payroll application in the state following its billion-dollar on-premises payroll disaster at Queensland Health.

And the Victorian State Government has flagged plans to follow other states such as New South Wales and Queensland and shift to a ‘cloud-first’ procurement model for IT infrastructure, in a move flagged in the first major update to its detailed whole of government ICT strategy first published in February 2013.

opinion/analysis
The private sector has already largely implemented the disaster recovery/IaaS cloud computing functions mentioned here by NSW DTI — these represent the typical first steps into the cloud. I expect that the NSW DTI implementation will be successful and that the model will be adopted across the NSW public sector, as well as, likely, in other state governments.