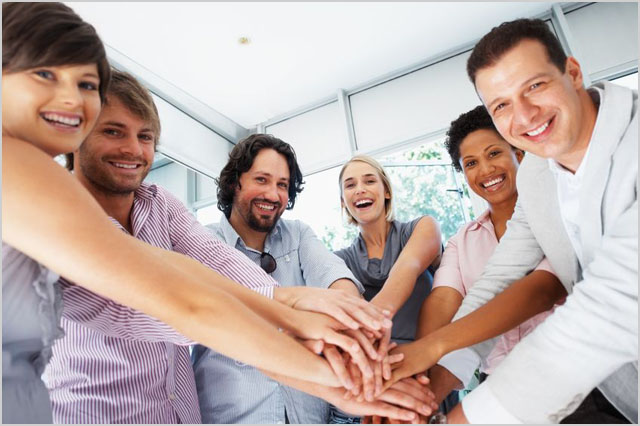 news The NSW State Government has claimed initial success in its high-profile deployment of a cloud-based ERP consolidation project at the NSW agency of Trade and Investment, claiming that so far the project has been delivered “on time and on budget”, but with a large chunk of the work still to go.

Speaking in a NSW Parliament budget estimates session this week, the department’s director-general Mark Paterson said the project had already been “very successful”.

Paterson said the department had also gone through an associated business change project to ensure its processes were aligned with the new technology.

“The change process means that we need to change the way we do things inside the department. It means that individuals need to change their approach and any change management process is a challenging task,” he said. “It is not a completed task, as we speak today, but it is something on which, by any measure, we have made very substantial progress. I would stand ready to respond to any particular issues that anybody had in relation to it. It was, without question, the most cost-effective, most efficient choice that we could have made to deliver those services and it has been done extremely cost effectively with high levels of security and certainty.”

Paterson said the first stage of the project was delivered “on time and on budget”.

“It is being done in three stages,” he said. “We are rolling out to the cultural institutions as part of stage 2, that is the Art Gallery, the museum, the State Library, and the Powerhouse and I think we are going live with them in October. Stage 3 is to have it delivered for the implementation of Local Land Services, which commences on 1 January 2014, so I cannot comment explicitly in relation to those two because we are not yet at the implementation and go-live position in relation to either of those, but Local Land Services is a combination of all of the Catchment Management Authorities, all the Livestock Health and Pest Authorities and the extension services from the Department of Primary Industries, and we will deliver that on the Enterprise Resource Planning platform from 1 January next year.”

Deputy Premier Andrew Stoner, who has responsibility for the trade and investment portfolio, said the reports that he had had was that the project has been viewed as a good example by other departments within the NSW State Government.

Brian Pereira, chief executive officer, The CN Group, said that NSW Trade & Investment needed a trusted implementation partner and secure hosted environment for its payroll solution. “The department’s sensitive HR and payroll data must be held exclusively in Australia, so we’ve established a secure, hosted SAP environment within our data centre,” he said in a media release issued last week. “We worked very closely with the department and SAP on testing the solution to ensure a smooth cut-over for phase one, and also established an additional disaster recovery environment within our secondary data centre.”

Paterson favourably compared the rollout to the disastrous botched payroll systems upgrade which took place at Queensland Health. The project, which was recently the subject of a formal commission of inquiry, spun out of control and failed to pay many Queensland Health medical workers on time or at all upon implementation. It is currently estimated that the total cost of the project will run to $1.2 billion. The failure by IBM to deliver the project as specified has resulted in the company being banned from further contracts in the Queensland State Government until it can demonstrate it has rectified its processes. You can read this author’s extended analysis of the consequences on Delimiter 2.0 (subscriber content).

In October 2012, Stoner and then-Finance Minister Greg Pearce indicated that they were confident the Trade and Investment ERP project could be delivered without the sort of problems which had been seen in Queensland.

“Look, I am confident,” said Stoner at the time. “We’ve done our homework, there’s been an enormous amount of effort put into this. We within the portfolio budget can see the benefits of proceeding with the plan, and we are doing so apace. There will be the creation of around 40 additional positions associated with this project in the head office – the head office for corporate services in trade and investment – in Orange. And we’ve convinced the cabinet that this is a worthwhile project, and hopefully the assessment evaluation of it will provide some guidance for some of the other portfolios.”

Pearce also declared at the time that he believed the project could be kept on track. “I’m pretty confident that we’ve moved to that,” he said, regarding ICT governance. “We certainly didn’t have those governance procedures in place when we took over government. We’re 18 months into it, we’ve done a lot of work on ensuring that we do have the right governance model there — and let’s test it.”

opinion/analysis
The early success of NSW Trade & Investment’s cloud-based ERP project will certainly open the door, I strongly believe, to other departments and agencies around Australia following the software as a service model for upgrading their own ERP platforms. Right around Australia, right now, government departments and agencies have faced major headaches getting such projects right. What the NSW Trade & Investment example starkly demonstrates is that if you put the right project management/governance team in place, and back that up with a willingness to change actual business processes inside organisations to match the capabilities of your new IT systems, then it is indeed possible to move to a nimble and flexible cloud-based ERP/payroll platform without the kind of disastrous consequences that we’ve seen in Queensland and other states.

The success of this project is also a very strong argument for the kind of ‘cloud-first’ approaches that we’re seeing governments around Australia start to implement at the moment. I can’t remember the last time I saw a government IT project of this nature run on time and on budget. That in itself is almost argument enough for other departments to proceed down this path.

Are we in a new era for the delivery of government IT services in Australia? Yes, I think we’re very close. We’re shifting away from the old, monolithic, hard to upgrade bespoke systems of the past and into a new world where many important platforms is delivered via the cloud, in a standardised and services-based fashion. We’re not quite there yet, but that journey has certainly begun. And that, for both government departments as well as taxpayers, is a very good thing indeed. I bet SAP’s sales team is already hitting the phones hard about this one.