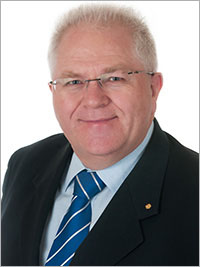 news Communications Minister Malcolm Turnbull has taken a pick axe to an article published by electrical and computer engineering academic Mark Gregory, claiming that the RMIT senior lecturer’s criticism of the Government’s new MyBroadband broadband tracker site constitutes a “confused and illogical” attack, and that Gregory had misunderstood the site’s rating scale.

However, in an article published last week on Technology Spectator, Gregory wrote that he gave the website an “F for fail”. In his article, Gregory cited a range of issues with the website, starting with the fact that it is based only on theoretical data and not primarily on real-world speeds measured by broadband speed testing applications; that it does not include dial-up or ISDN technologies, and that the rating system used to measure broadband availability on the site is misleading.

Some of Gregory’s criticisms appear legitimate. For example, the site gives areas an “A” rating for availability of HFC cable from Telstra and Optus, no matter whether the individual premises in that area are actually able to connect to the HFC cable infrastructure.

It is extremely common for both Telstra and Optus to refuse to connect residents and businesses in the HFC cable footprint if they reside in so-called multi-dwelling units such as apartment blocks, business parks or shopping facilities, because the two telcos generally require the entire facility to be connected in one go, rather than running the cable to individual premises.

“It appears that if a listed technology can be accessed from the property then it is listed as an ‘A’, otherwise listed as ‘not available’,” wrote Gregory. “If HFC goes past my street or stops 50 meters from my home do I get a ‘B’ or a ‘C’? There is no mention of the broadband availability scale on the website.” The academic pointed out similar issues with the rating system for the performance of the various technologies.

In addition, the final analysis of a crowdsourced comparison of real-world broadband speeds has shown that the MyBroadband site is significantly inaccurate, with most Australians receiving speeds more than 25 percent slower than those listed.

However, in a rebuttal published on his site yesterday, Turnbull strongly disagreed with Gregory’s article. “Mark Gregory has made a confused and illogical attack on the MyBroadband website. Gregory misunderstands the approach taken to identify areas with poor access to broadband services,” wrote Turnbull.

The Minister said the idea of local area ratings for broadband was important as the MyBroadband analysis did not attempt to break down individual data points for the millions of houses in Australia that have a fixed-line connection. “That would be possible – but it would take many years to undertake and wouldn’t be all that useful anyway,” he wrote.

“The whole point about broadband upgrades is that they occur on a neighbourhood-by-neighbourhood basis, not house-by-house.”

Turnbull stated that “Gregory’s assault on logic reached new heights” when the academicclaimed that an area with any level of access to Fibre-to-the-Premises should receive an ‘A’ rating for quality.

“The problem with that approach is that as soon as one house in a local area or Distribution Area (which typically contains 200-1000 households but sometimes as many as 5000 households) receives an FTTP connection, then the whole area’s quality would be assumed to have improved,” said Turnbull. “In other words, hundreds of households would receive a higher quality ranking (and hence would be seen as being in no need of prioritisation) just because one house was getting a great service.”

“So the broadband quality rating is dependent on the availability of each technology within a local area – and this was made quite clear in the broadband report (available online here in PDF format) which explains how the rating system works.

Turnbull stated that it was possible, for example, for an area to receive a rating of “C” for Fibre to the Premises availability (the best available category of broadband) because FTTP could only be available for 40-60 percent of the geographical footprint in a certain area, for example, with ADSL (available to 80 to 100 percent of premises, for example) delivering an estimated median speed for the area of 16.46Mbps, for example.

“The overall quality rating is based on the combination of the highest quality service that is available to each premises in the area,” wrote Turnbull. “I understand this rating system is complex. But that is not a reason why it should be dropped altogether, as Gregory suggests. An alternative course of action would be for academics explaining complex policy issues to actually read detailed reports produced by the government before bagging them.”

opinion/analysis
So who’s right here? Both are right (or alternatively, both are wrong), depending on which way you look at it.

If you consider the overall purpose of the broadband availability and quality report promised by the Coalition prior to last year’s Federal Election, it was never to provide comprehensive information to Australians about the availability of broadband at their specific premises. The point of the exercise was actually to give policymakers such as Turnbull a tool to show, on a region by region basis, where Australia’s broadband was most in need of urgent upgrades, so that these areas could be targeted by the Coalition’s Broadband Network rollout.

Under Turnbull, however, as is often the Minister’s wont, the report has morphed into a populist tool which aims to give individual Australians an idea of what they can expect from their premises’ broadband availability.

Gregory’s right — the MyBroadband site is extremely misleading when it comes to ranking the broadband of individual premises. Especially when it comes to HFC, it’s a joke. It’s cold comfort indeed to know that your premise has an “A” rating for HFC cable, if neither Telstra nor Optus will connect the damn thing. And the MyBroadband v Reality folks are also right — the system mainly uses theoretical estimated data, so it doesn’t match up with real-world speeds.

However, Turnbull’s also right: The tool does provide a rough, region by region guide to the quality and availability of broadband in Australia. It is a very useful tool for policymakers.

The fault here is in the marketing of MyBroadband. This was not intended as a consumer-focused tool, and it should not be. It should remain what it was designed for — as a useful tool for policymakers to measure broadband availability and quality at a gross level across Australia. The Minister’s populist streak led it into being something more — and thus to the inevitable criticism as it has failed to successfully fulfil a task for which it was never originally intended. Australians would not be trying to measure their broadband speeds through MyBroadband if the Minister had not told them in a nationally televised press conference that they could.