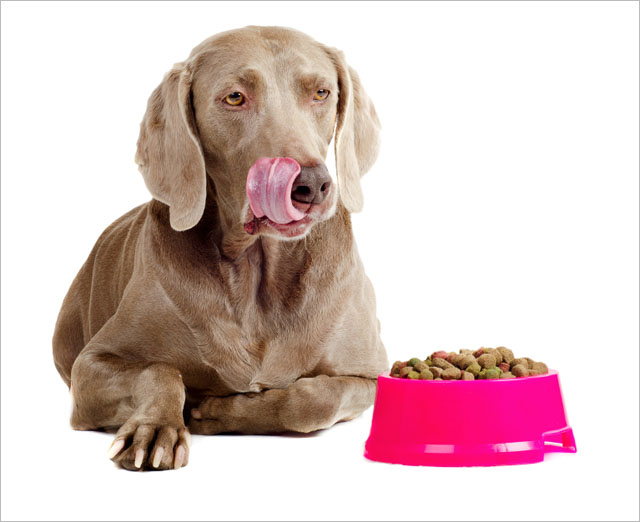 analysis Respected telecommunications analyst Paul Budde has heavily criticised the Coalition’s new preferred broadband deployment model, describing its “Multi-Technology Mix” approach as “a dog’s breakfast” of different technologies, which could turn out to be a “logistical nightmare” to deliver in practice.

In a blog post published in late December (we recommend you click here for the full post), Budde wrote that Labor’s previous all-fibre model had provided a ubiquitous and uniform infrastructure for the whole country, which was essential for the further development of the national digital economy. “In contrast, the new plan amounts to something of a ‘dog’s breakfast’,” the analyst wrote in regard to the so-called “Multi-Technology Mix” option now preferred by NBN Co and the Coalition.

Budde wrote that it was not in the technology being used per se that he foresaw problems, but rather in the execution of the rollout.

The analyst highlighted the fact that the quality of the copper network in particular varied significantly even within individual suburbs, meaning that each of the three separate fixed network technologies might have to be used even within the same suburb — for example, neighbouring streets might have FTTN, FTTP or HFC.

“So one can’t simply select a suburb or town and use one of the above technologies – it is possible that many areas will have to be serviced by three different technologies,” wrote Budde. “This in itself will be a logistical nightmare. Just think about how to design such a network – street by street, house by house – and what would be involved in getting the design right. It will be impossible to know all of this upfront; so again design and developments will take place on the go, as the quality of significant parts of the infrastructure will only become clear once work is commenced.”

Budde pointed out that the new plan would require contract renegotiations with both Telstra and Optus, and would not actually kick off until mid-2014. “The new plan could prove to be far harder to implement, and it could attract significantly more problems than the Fibre to the Home plan,” the analyst wrote. “It could easily take a similar start-up period as the FttH plan (ie, three years).”

The analyst noted that he sincerely hoped the Government and NBN Co could deliver on the plan.

“Staying bipartisan, I sincerely hope that the government can actually execute its multi-technology plan because, if not, we will have again wasted three years … Let me say again that I hope that the government can deliver on its promises, and that the quality of their multi-technology network will deliver the infrastructure needed for digital productivity across the nation. I do sincerely hope this because, if they have got it wrong, it will be our country and our prosperity that will suffer. And that is far more important than the ego of a politician, or that of your analyst.”

The news comes as analysis of NBN Co’s Strategic Review has shown that if a number of changes are made, the previous Labor administration’s preferred FTTP rollout model for the NBN can still be successfully deployed with only modest cost and timeframe implications (Delimiter 2.0 link).

Under Labor’s original vision, as outlined in April 2009, its predominantly fibre-based NBN would have taken until 2020 to be completed, at a total cost of some $43 billion. The Strategic Review finds that if the current model was followed, that cost would balloon to some $73 billion, and the date for completion would be finished by the end of calendar year 2024.

However, under a different model also contained in the Strategic Review, NBN Co could still go ahead with Labor’s all-fibre NBN deployment model. It would be radically re-designed to feature much less costs and to save time. It would be completed at the end of 2023, at a cost of $64 billion if some debt funding is used, and just $54 billion if the Government stumps up the whole funding itself, avoiding the need for interest payments.

NBN Co executive chairman Ziggy Switkowski has acknowledged that some componenents of the ‘MTM’ option preferred by NBN Co and the Coalition would need upgrading just five years after they were built. Switkowski said during testimony to the NBN Senate Select Committee in December: “In areas where FTTN is rolled out, this review expects that NBN Co. will not need to upgrade to a second access technology—presumably all fibre or fibre to the distribution point—sooner than five years after the construction of the first access technology.”

opinion/analysis
Although he has very deep insight into it and is one of the most experienced analysts around, I haven’t always agreed with Paul Budde’s analysis of Australia’s telecommunications industry. However on this particular issue I think we are in very clear agreement. The ‘Multi-Technology Mix” option proffered by NBN Co as a solution to the Coalition’s impossible policy aims is indeed a dog’s breakfast of different technologies and represents a complete lack of solution to Australia’s long-term telecommunications needs. Even if it was delivered successfully (which I highly doubt it will be), it would almost immediately require upgrades. That’s not visionary. That’s just stupid.

Budde’s view is also notable because historically, the analyst has been one of the most open to considering the Coalition’s views on the NBN. The fact that the analyst, like myself, has now taken a broadly unfavourable view of the Coalition’s plans for the project is highly significant; it means that the Coalition’s latest broadband plan has lost it ground with even those who were being open-minded about the legitimacy of its policies. When even those who are openly bi-partisan start publicly criticising your policy, you’ve got a problem. And it’s an especial problem when the criticism is coming from an analyst as experienced as Paul Budde. The Coalition is out on a limb here. I hope it realises that fact very quickly.