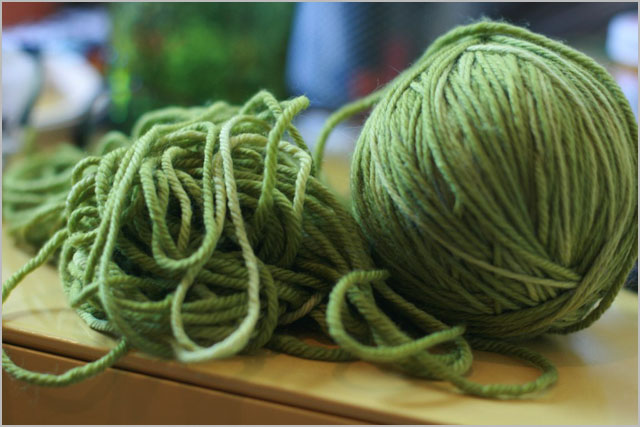 news “Destructive forces” at work in a “highly polarised political environment” are starting to “unravel” Labor’s National Broadband Network project, veteran analyst Paul Budde said yesterday, with the new Coalition Government having boxed itself into a corner on the issue and end users set to suffer from a nightmarish situation akin to a “Pandora’s Box” of problems.

However, NBN Co’s Strategic Review published in December last year changed the paradigm, with the company recommending (and the Coalition supporting) a vision in which up to a third of Australian premises will be served by the existing HFC cable networks of Telstra and Optus, with Fibre to the Node and Fibre to the Basement used in other areas not already covered by Labor’s FTTP approach. Satellite and wireless is to be used to cover some rural and regional areas as under Labor’s previous plan.

The Coalition’s plan, which has been dubbed the Coalition’s Broadband Network or CBN, is set to deliver improved broadband download speeds to most Australians. However, the so-called ‘Multi-Technology Mix’ approach also appears set to deliver a number of problems that were not inherent to Labor’s approach.

For example, it is currently unclear whether NBN Co would need to buy the HFC cable networks of Telstra and Optus, as well as Telstra’s copper network, or how much each would cost. It is not clear whether it is technically feasible for NBN Co to take on the running of those networks, including their complex operational and business support systems, and whether it is possible to open those networks to wholesale access. The re-use of the HFC and copper networks also leaves the long-term future of Australia’s broadband system unclear, with most other nations having flagged plans to deploy FTTP over the long-term.

In addition, although Communications Minister Malcolm Turnbull has stated he is in favour of infrastructure competition, the potential of rival telcos such as TPG to overbuild portions of the network could significantly undercut its economics. These moves would not have taken place under Labor’s vision.

In a blog post published yesterday (we recommend you click here for the full article), veteran telecommunications analyst Paul Budde wrote, following a visit to Canberra, that he was worried by the “destructive forces” at work around the project, taking place in “a highly polarised political environment”.

Firstly, Budde said that there were rumours that the new deals with Telstra and Optus could involve the pair continuing to maintain their existing networks and extremely complex supporting IT systems but be paid to do so by NBN. “The government has painted itself into a corner with its complex infrastructure model and it will most likely have to pay extra money to Telstra (and Optus) in order to maintain the ageing systems and infrastructure,” he wrote.

Secondly, Budde said that there were a plethora of other issues in the mix, ranging from the conflicting advice on infrastructure-based competition — which Budde said would “totally demolish the NBN model” if allowed to go ahead — to the fact that competition at the VDSL layer as envisaged by TPG and others would be “a technical nightmare”. Then there is the fact that Vodafone is agitating for the NBN project to be used to generate rural competition in the mobile space, with Telstra being willing to oppose all the way in court.

“I think that is what you can expect if you start to unravel the NBN model. As we have mentioned in our numerous analyses during 2012 and 2013, it could take years just to sort all of this out,” wrote Budde.

“With no clear direction on the horizon and many competing and contradictory messages coming from regulators and the industry it does not look as though the situation is becoming any easier for the government. With the government, the regulator and the industry all coming up with conflicting solution it will be the broadband users who are going to suffer from all of this.”

Budde had initially been broadly positive about the Coalition’s previous broadband policies, noting that they had included various common elements with Labor’s plan. However, since late in 2013, as the CBN model has drastically diverged from Labor’s, the analyst has become increasingly disturbed by the Coalition’s vision.

In February 2013, for instance, Budde argued that the HFC cable networks focused on by the Coalition in its rival NBN policy were akin to steam trains in the 1930′s through the 1960′s — they’ll still around for decades, but don’t represent the future of their industry. And in January, Budde heavily criticised the Coalition’s new preferred broadband deployment model, describing its “Multi-Technology Mix” approach as “a dog’s breakfast” of different technologies, which could turn out to be a “logistical nightmare” to deliver in practice.

opinion/analysis
I highly agree with Paul Budde’s analysis here. The beauty of Labor’s NBN policy, even if it proved hard to deliver in practice, was that it theoretically resolved many of the structural problems in the telecommunications industry, from the need to structurally separate Telstra to laying out in a very clear fashion where retail telcos could invest their money and where they couldn’t.

What we’re seeing with the Coalition’s new policy is that that model is being completely unravelled, and the attendant issues are coming home to roost. With the demise of the NBN policy, telcos such as TPG want to start investing in their own infrastructure again, because the logic of the NBN being an all-encompassing wholesale network is dead. Vodafone has started to insist on the government creating a fair and level playing field in the mobile market again, because it looks like Telstra will keep most of its inherent network advantages in a non-NBN world.

And of course, Budde also correctly highlights the huge elephant in the room — is it even possible for a completely separate telco to take on the OSS/BSS systems which Telstra and Optus operate for the HFC cable and copper networks, and how is that going to take place? My view is: It’s not possible, and the Government will need to (farcially) start paying Telstra and Optus to operate those systems … which they are already doing for nothing.

I cannot describe this situation as anything less than a gradually developing disaster which will set Australia’s telecommunications sphere back many years. Labor had a clear vision to resolve the sector’s structural issues, even if it didn’t deliver well on that vision. The Coalition’s vision, which seems to change on a day by day basis based on Turnbull’s thought bubbles, is poorly thought out and is resulting in continually growing chaos within the sector. That’s the opposite of regulatory certainty, and the opposite of what a government should be doing, to say nothing of the development of faster broadband as a consumer outcome.

If things continue to proceed as they are for the next several years, and much of this policy, as I expect it to, then Malcolm Turnbull may well go down as the worst Communications Minister in Australian history. For all their faults, previous Minister such as Richard Alston and Helen Coonan at least left the telco sector alone enough and provided sufficient regulatory certainty for better broadband outcomes (full ADSL1 speeds, ADSL2+ DSLAMs deployed widely, 3G and eventually 4G) to eventuate. In contrast, it appears as though Turnbull’s own tinkering with the sector could actively stop investment by private sector companies, while NBN Co’s own efforts go increasingly off the rails in the worst way possible.

I want to note that I don’t express my concerns on these issues lightly, and I suspect, neither does Budde. This goes beyond doing our basic job reporting on and analysing Australia’s telecommunications sector. We both actively care about Australia’s future and the future of development in the telco sector. Without development in this area, the whole of Australia’s future economy will be affected, as the uptake of new technology staunchly relies on continually upgraded telecommunications infrastructure.

What I am seeing right now, and what I suspect Budde is starting to project, is the worst case scenario: A situation where our national broadband development gradually goes horrifically off the rails in the worst way possible due to the problems of our political sphere, hurling Australia backwards for several decades and leaving us as a patchwork broadband backwater, while the rest of the world progresses forward continually. For experts like ourselves who have devoted much of our lives to this industry, that would be a tragedy indeed, and particularly so when we’ve been warning about these problems every step of the way.

When will the politicians start listening? What will it take to rein in this madness?