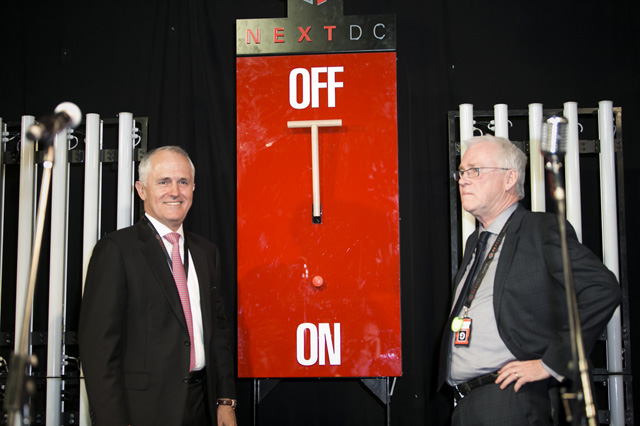 news Listed datacentre operator NEXTDC this week opened its new (‘S1’) datacentre in the Sydney suburb of Macquarie Park, at an event attended by Communications Minister Malcolm Turnbull as well as customers, partners and the media.

Located approximately 15 kilometers from the Sydney CBD, the S1 facility offers corporate, government, technology and cloud service providers the opportunity to colocate their ICT infrastructure in what NEXTDC described in a statement this week as its “vendor- and carrier-neutral facility”.

The datacentre was purpose-built by the company and can provide a total of 11.5 megawatts across 5,600 square metres of technical space to government and enterprise customers; when fully fitted-out it will represent approximately a $150 million infrastructure investment.

The facility is Tier III-certified by the global Uptime Institute, a rating only held by a total of seven datacentres in Australia, according to NEXTDC. It generated around 250 jobs during the construction phase and has created a further ongoing 30 professional jobs. Multi-layer biometric systems are used to ensure security, and the facility has the capacity for up to 2,800 racks of server gear. Its power usage effectiveness rating target is 1.3.

The delivery of a datacentre of S1’s scale and quality standards took 36,960 man-days, according to NEXTDC, along with 10,564 cubic metres of concrete. 1428 tonnes of steel bar and mesh was used to reinforce the building. Nearly 90 per cent of construction waste was recycled. S1 also had its fitout schedule accelerated consistent with the high level of demand, with its next 25 percent of capacity already being fitted-out.

Speaking at the launch event, NEXTDC CEO Craig Scroggie said: “The launch of S1 substantively achieves NEXTDC’s goal of a national network of independent datacentres, rounding out each of the eastern mainland capitals. The facility generated around 250 jobs during the construction phase and has created a further ongoing 30 professional jobs. NEXTDC’s investment will act as a force multiplier for further commitment among carriers and service providers.”

Scroggie highlighted what he said was NEXTDC’s ambitious future, saying: “I believe innovation is alive and strong in Australia and the most exciting developments for our company and economy are yet to come.”