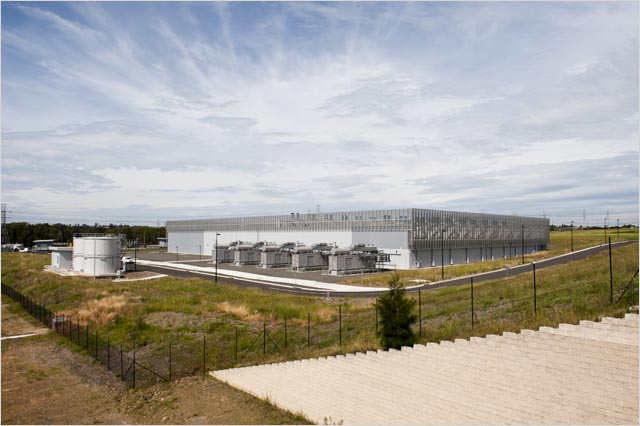 Details of the facility were revealed in February 2011. At that stage, the project was to involve a building cost of $119 million as part of HP’s US$1 billion transformation to retire legacy assets and build new facilities. The new facility will occupy an area of more than 130,000 square metres and was previously expected to be fully operational by the end of 2011.

“Businesses and governments face a growing demand from their customers and communities for new services,” HP said in a statement this morning. “To meet this demand, organisations need major IT transformations to address the challenges of aging infrastructure, underutilised IT environments, application complexity and inflexible business processes.”

“The HP Aurora Data Centre is part of HP’s global program aimed at modernising facilities to support emerging and future technologies. The next-generation data centre will enable organisations to modernise their infrastructure, applications and implement cloud computing services. With their infrastructure needs met, clients will be able to devote more resources to innovation and focus on business and government strategies.”

According to HP, the datacentre’s modular design will enable expansion of the facility, as needed, allowing new technology to be “rapidly incorporated”. “Its sustainable design supports variable power densities, and the innovative cooling technology takes greater advantage of the local climate and lessens reliance on traditional condenser-based technology,” said HP. “This results in reduced power consumption and a lower carbon footprint.”

The company has already announced several customers who will use the datacentre. For starters, engineering and infrastructure management company Downer EDI will host its technology infrastructure from Aurora, with HP to streamline the company’s existing IT facilities into a single virtual datacentre.

In addition, energy utility Origin has chosen HP to modernise its IT infrastructure to support business expansion, said, with the datacentre component to be delivered from Aurora. HP also listed rural services and automotive company Elders amongst its clients today, which will buy Enterprise Cloud Services from the company.

“Outsourcing to HP is a core part of our transformation program,” said Shaun Hughes, chief information officer, Elders, in HP’s statement. “HP’s cloud services will provide us with a robust infrastructure and service delivery model that enables us to scale up for each of our program releases when we are ready to. As a result, we can de-risk the legacy development components of our build.”

Communications Minister Stephen Conroy, speaking at the launch of the datacentre, praised HP’s local investment initiative. “With the opening of this state-of-the-art datacentre, HP has demonstrated its commitment to Australia, home to one of the world’s top 10 financial centres and a growing base for multinational companies,” said Conroy. “This investment will put Australia at the forefront of the digital economy, supporting new local and regional high-tech infrastructure services.”

opinion/analysis
This is what I wrote in mid-May about HP’s new datacentre, and it still stands:

“Given the massive cutbacks HP is undertaking globally, its Australian management team is lucky to have gotten this project across the line when it did. It represents a huge investment in Australian infrastructure, and I anticipate HP will be successful in attracting many large customers inside its walls. I applaud the company’s investment in Australian infrastructure and wish it well at the launch, and as things get ‘bedded down’ in the datacentre’s operations over the next little while. Congratulations, HP!”

Congrats again to everyone at HP and its partners involved in this huge undertaking; I anticipate that this landmark infrastructure will benefit the company for many years to come. FYI also, the chap in the photos below is Alan Bennett, vice president of Enterprise Services, HP South Pacific.