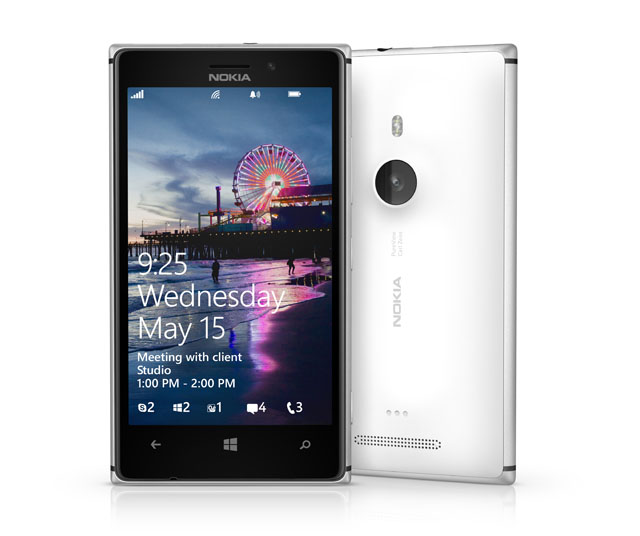 review Nokia’s new top dog features similar specifications to its high-rating Lumia 920, but comes in a thinner and lighter aluminium casing. Does the model do enough to exceed Windows Phone 8’s limitations and become a contender in its own right? Read on to find out.

Design
When we reviewed Nokia’s Lumia 920 model in March this year, we wrote that the model was one of the best Windows Phone smartphones around, but that it felt a little heavy and bulky compared with the competition — particularly HTC’s excellent Windows Phone 8X model. And although they were eye-catching, we weren’t particularly enamoured of the bright yellow and red casing of the 920. The polycarbonate casing felt nice in the hand, and other colours were available, but somehow the 920 didn’t quite feel like the premium device it clearly was.

It’s good then, that the Lumia 925 improves on the 920’s design in pretty much every way possible.

The first thing you’ll notice about the device is that the polycarbonate casing is gone on the sides, top and bottom of the case, replaced with a ligher brushed metal aluminium frame. The corners and sides are curved; not for Nokia the squareness of the iPhone. The same buttons and inputs are largely in the same places (volume rocker, on/off and camera button on the right, 3.55mm headphone hack on top and so on), and are largely the same colour and material.

On the back of the Lumia 925 sits a polycarbonate panel, which you can get in white, black or a slate grey colour.

The combination of these two materials — aluminium on the sides and polycarbonate on the back — is very nice. It means that the back of the Lumia 925 can still feel very grippy and have that great next-generation polycarbonate feel, with lovely colours, while the sides still feel premium and have a bit of weight taken out of them.

All in all, we have to say we love the design of the Lumia 925. It feels wonderful in the hand and is an eye-catcher as well. Its design reinforces once again that Nokia is one of the greatest smartphone manufacturers in the world, when it comes to physical hardware design.

Features
In terms of the Lumia 925’s featureset, what you’ll generally find is that it has quite similar features to the previous Lumia 920. And let’s be honest: This is a good thing. The Lumia 920 was at the top of the smartphone class in terms of its featureset, and so is the 925.

The Lumia 925’s touchscreen is a 4.5” model running at Windows Phone 8’s new top resolution – 1280×768. This is a touch smaller than the 5″ models which some of the Android manufacturers are currently headlining their roster with, but we like the 4.5” size. It’s bigger than Apple’s top-end 4” model, the iPhone 5S, but it’s not big enough to be too large for those with small to medium-sized hands, as the 5″ models can be occasionally. The resolution upsize is a huge welcome to those who have previously been feeling cramped by Windows Phone 7’s poor 800×480 resolution. This works out at 332 pixels per inch, which is very decent.

The 925’s beating heart is a dual-core Qualcomm Snapdragon S4 CPU running at 1.5GHz, which is more than enough to fuel the smartphone’s functions, and it comes with 16GB or 32GB of storage space, but has no microSD card capability. 1GB of RAM comes on-board.

One of the biggest features which the 925 includes is its support for 4G speeds. Optus, Vodafone and Telstra all mainly use the 1800MHz frequency for their 4G networks, and the 925 supports that frequency. Theoretical download speeds range up to 100Mbps and upload of 50Mbps, but in practice you probably won’t be able to download faster than between 30Mbps and 40Mbps when you’re in a Telstra 4G zone. Optus’ 4G network is typically a little slower but can peak at up to 60Mbps, while Vodafone’s network can range up to 100Mbps in some metropolitan areas. And of course when you’re outside these areas, the Lumia 925 supports the other HSPA family of mobile standards which is the next best possible.

NFC for mobile payments (in theory) is here, as is Bluetooth, and the battery is a 2000mAh model. One other notable feature is the Lumia 925’s ability to charge its processor through so-called ‘inductive’ charging – which requires the unit to be placed on a charging pad, rather than attached to a charging cord. A number of US cafe chains and airlines have announced plans to deploy charging stations in their facilities, but we doubt you’ll see much of this in Australia until it becomes more of an industry-wide standard.

In addition, as with previous Lumia handsets, Nokia has included its own specialised applications with the Lumia 925 – for example, its excellent HERE mapping application, as well as its Music Store, and so on. These applications do add some value and help differentiate the company’s handsets from other Windows Phone rivals.

The other major new feature which the Lumia 925 offers – and one of its key selling points – is Windows Phone 8. Microsoft’s new mobile operating system features a slew of new and long-awaited features, ranging from multi-core CPU support, to a resolution bump (1280×768 or 1280×720), the ability to support microSD cards, NFC chip support, Internet Explorer 10, a Wallet feature for storing debit/credit cards, coupons and boarding passes and better maps and directions (through integration of Nokia’s maps feature). Most of these features were already available through Apple’s iOS and Google’s Android platforms, and Windows Phone users have been waiting them for a long time for the Microsoft platform. We’re very glad to see them arrive.

To put it bluntly, the Lumia 925’s feature list is impressive, and on par with other top-end smartphones in mid-2013.

Performance
There isn’t a lot to dislike about the Lumia 925’s performance.

Firstly, its implementation of Windows Phone 8 is among the best on the market. Nokia’s extra bundled apps help cover some of Windows Phone 8’s shortcomings, and the user interface is fluid and fits the hardware well. There are still quite a few third-party apps not available on Windows Phone, but you can usually find a workaround somehow to deal with specific situations. There’s a vibrant ecosystem of Windows Phone users out there; although there aren’t as many of them as there are iOS or Android users, they tend to be a little more … passionate ;)

Secondly, as is usually the case with Nokia smartphones, the camera is stellar. Some sample shots (click for larger versions): 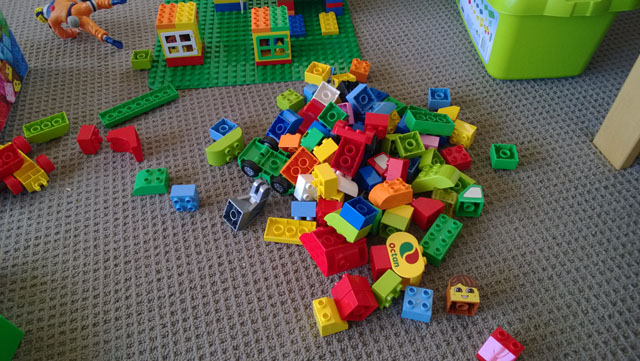 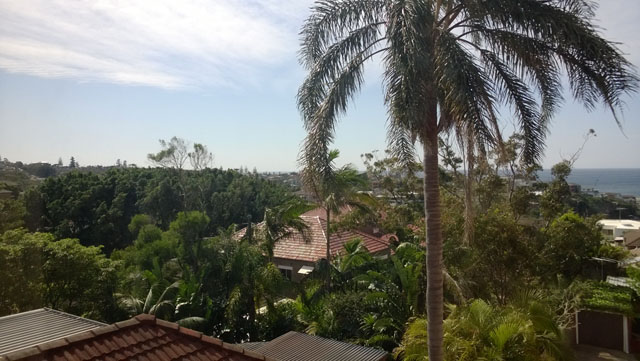 Battery life is also strong. While we were testing the Lumia 925, we also had on our desk a Nexus 4, an iPhone 5, and a Huawei Ascend P2. The Lumia 925 always lasted the longest out of these devices when left on standby, and even in active use it’s hard to exhaust the battery in less than a day and half unless you’re actively pushing the unit with video streaming and so on.

Conclusion
Nokia’s Lumia 920 smartphone was already an extremely solid model which represented one of the best expressions of Windows Phone 8’s potential. The Lumia 925 features most of the same specifications as the 920, but dramatically reduces its weight and thickness, delivering a very worthy incremental upgrade on what was already a very solid model.

It’s also worth considering the price of the handset. At a RRP of $699, the Lumia 925 is a little cheaper than some of the other high-end handsets on the market (hello, Apple) and is also available from all of Australia’s major mobile carriers and also in major retailers. This makes the Lumia 925 a nice little buy.

We’re sure that many of you are going to be put off by the Windows Phone operating system which the Lumia 925 ships with. However, when you consider the fact that Windows Phone 8 has broadly brought the Microsoft platform up to speed, and the fact that its user interface is consistent between devices (unlike Android, for example, with all the custom skins vendors put on top), along with the Lumia 925’s great camera, top-end featureset and slightly discounted price, this is starting to look like an excellent all-round package.

The Lumia 925 is the best Windows Phone-based smartphone we’ve reviewed, and we have no hesitation in rating it up there with the best of the rest of the top-end of the market. It’s deservedly in the same class as the Samsung Galaxy S4, the HTC One and Apple’s iPhones. Now it’s just up to Nokia to convince the rest of the smartphone buying market of that fact.

Other reviews of the Lumia 925 we liked: The Verge, PC & Tech Authority, Engadget.