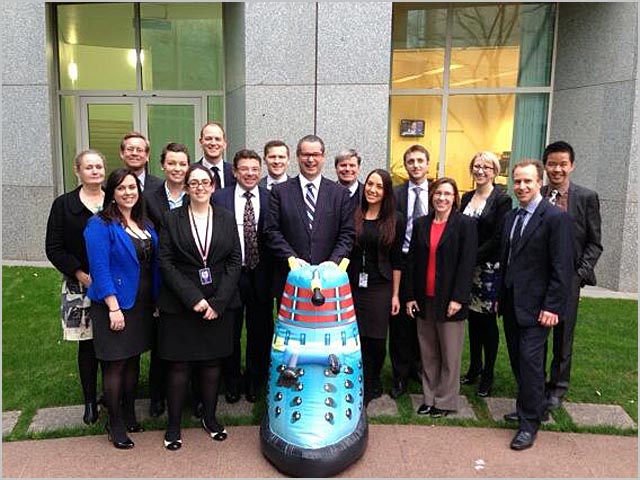 “And the only calls that I ever calls I ever got from [Conroy] were always around Doctor Who. It would be on the availability of Doctor Who merchandising in his local ABC Shop, it would be whether in fact we were fast-tracking the new series when it arrives, or to tell me that he was one of those people who would get up at 4 in the morning to watch it when it arrives.”

Stephen Conroy, we salute you. You were the first Communications Minister to truly show your geekdom to the world and now we know how much of a colossal nerd you truly are (just like most of the readers of Delimiter). Let’s hope that whoever succeeds you in the post long-term — be it Anthony Albanese or Shadow Communications Minister Malcolm Turnbull — is able to do the same. Vale, Stephen Conroy. You used your post to try and keep Dr Who on the air on the ABC at all times. Very nice.