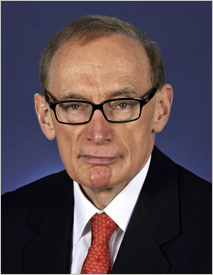 news Australia’s Foreign Minister Bob Carr said over the weekend that he “wouldn’t think” Australians had anything to be concerned about in relation to the NSA Internet spy scandal which engulfed the United States last week, despite the fact that the issue appears to exclusively relate to NSA access to foreigners’ data on US cloud computing servers.

Late in the week, UK newspaper the Guardian published classified documents created by the agency, which stated that the NSW was able to gain “direct access” to the servers of companies such as Google, Facebook, Apple, Microsoft, Yahoo and Skype. The access allowed US officials to collect information including search history, the content of emails, file transfers and live chats.

Subsequently, the New York Times reported that the US Government had used the system to collect information on non-US citizens overseas for nearly six years. The revelation of the move has caused outrage, amongst the general public as well as those specifically interested in digital rights and privacy online.

However, speaking on Ten’s Meet the Press program over the weekend (the full transcript is available online here in PDF format), Australia’s Foreign Minister Bob Carr appeared to display a lack of concern about the issue.

“Would Australians’ information – obviously they use the big technology companies that have been handing over data to the National Security in America – should Australians be concerned that their data could have been spied on?” the Foreign Minister was asked. “I wouldn’t think so,” replied Carr.

The Foreign Minister said the NSA controversy needed to be assessed in the context of the United States striving to meet the balance between the demands of security in the wake of the September 11 terrorist attacks, and the demands of privacy. “There’s no country that takes the rights of its citizens more seriously than with America, with that focus,” said Carr, “through its Bill of Rights and its Supreme Court, on where individuals stand in relationship to Government.”

Carr said although the US would always struggle to get the balance right, in the end the country had a lively political system, with various politicians standing up with a strong voice for the rights of its citizens. When it was pointed out to the Foreign Minister that the NSA issue related exclusively to foreign citizens, Carr said he would need to get advice on the issue. “This controversy has got a long way to go in America,” he said. “… We’ll examine carefully any implications in what has emerged for the security and privacy of Australians.”

“Australians will be very troubled by the allegation in The Guardian and The New York Times that the US National Security Agency is engaged in large scale, covert surveillance of private data belonging to non-US citizens held by American companies such as Google, Facebook, Apple, Microsoft, Amazon and Youtube,” said Turnbull in a statement last week.

Similarly, Ludlam called upon the Australian Government to disclose whether or not it had access to private information on Australian citizens using the so-called PRISM program mentioned in the reports by the Guardian and the New York Times. “A number of the tech companies are denying that they’ve ever heard of PRISM or that US intelligence agencies have installed ‘backdoors’ in their servers,” Ludlam said in a statement last week.

“This is a major example of the important role whistleblowers play, and it is unfolding with the trial of whistleblower Bradley Manning under way in the United States, and just one day before the anniversary of the publication of George Orwell’s 1984. It wasn’t intended to be an instruction manual,” Ludlam concluded. The Senator has filed a number of pertinent questions on the issue with the Attorney-General’s Department.

Other Australian organisations are also actively questioning to what extent Australian data has been caught up in the NSA’s collection points.

“As the world continues to learn the full extent of spying and surveillance by the National Security Agency (NSA) in the United States, questions must be asked as to whether Australians have been caught up in the surveillance,” the Pirate Party Australia said in a statement issued over the weekend. “Australians have a right to know if and under what terms any Australian intelligence agencies may also have been involved in the PRISM program and whether their personal information has been compromised or surreptitiously accessed by foreign intelligence agencies.”

“It is presently unclear whether Australian intelligence agencies have had access to the information collected by the NSA under intelligence sharing agreements.”

In addition, Electronic Frontiers Australia has also raised its voice on the issue. “While it’s … unclear at this point exactly how the PRISM program is accessing data, it does appear to be clear that this represents the largest mass surveillance scheme in history,” the organisation’s executive director Jon Lawrence wrote in a statement last week.

“If this is true, it represents an outrageous affront to the privacy and civil liberties of all Australians, and the Australian government must inform the Australian people about what they knew of these surveillance activities. It is not acceptable to hide behind the standard line that the government does not ‘comment on national security and intelligence capabilities’, which has been the Attorney-General’s initial response.”

Coming in the wake of the revelations about ASIC’s inept actions to block scam websites, resulting in some 251,000 ‘innocent’ websites also being blocked, and the imminent release of a report from the Parliamentary Joint Committee on Intelligence and Security, which is expected to recommend the introduction of mandatory retention of internet and telecommunications data affecting all Australians, internet freedom and privacy are under possibly the greatest threat ever in Australia.

opinion/analysis
Simply incredible that Bob Carr would take such a blase` attitude towards this issue, when virtually every other side of politics and every other online rights and privacy organisation globally has reacted with outrage to the news that the NSA has backdoor access to US-based cloud computing servers. This is not the small issue that Carr seems to think it is — it goes right to the heart of how anyone in the world uses the Internet, and the governments of the US, UK and Australia need to come completely clean on this issue immediately.

I think we can all agree that what is going on here with respect to the NSA is just not good enough, and the Australian Government needs to immediately disclose its involvement in the issue.

I mean … I could be wrong, but doesn’t the Australian Government have a pretty fundamental responsibility to protect its citizens from this kind of massively intrusive activity on the part of foreign governments? How would the Australian Government react if it had been found that China had this kind of backdoor access to all of our data stored overseas? It’s time that Australian Governments started insisting on the basic rights of Australians with respect to their treatment by the United States; and not just ponying up whenever Washington wants another free ride. Carr could at least commit to asking the question of the US authorities — which the Coalition has already done. If the Foreign Minister won’t do even that much … then he doesn’t deserve the title.