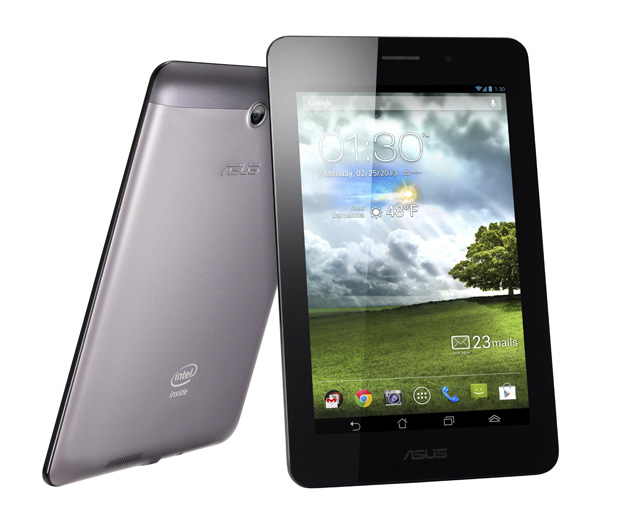 blog The Google-branded Nexus 7 tablet was one the best tablets which we’ve tested in the Delimiter labs over the past several years — so good, in fact, that we rated it on par with Apple’s popular iPad mini tablet, and even out in front on some measures. You can still pick up the Nexus 7, but what you might not know is that the tablet was designed with the help of Google but manufactured by Taiwanese electronics giant ASUS, which has had a continuing interest in Android tablets over the past several years. Well, we’ve got some good news from the company in that its own 7″ tablet, the Fonepad, has landed in Australia. This is what ASUS had to say in a media release issued yesterday (the full Word doc is here):

“Launched at Mobile World Congress in February this year, the ASUS Fonepad is a competitively priced handheld with 3G voice and mobile data for all the features of a smartphone, with the versatility of a 7-inch tablet. Powered by the new Intel Atom Z2420 processor with Android 4.1, Fonepad features a vibrant HD display with IPS technology for wide viewing angles and outstanding clarity.

ASUS Fonepad and accessories are available in Australia from today, with prices starting from AU$329 for the 8GB model. Please contact your local ASUS representative for further information on retail availability.”

To be honest, we’re not sure really what to expect from the Fonepad. ASUS’ previous Android tablets have been gradually improving, and obviously the company has strong credentials from its construction of the Nexus 7. On the other hand, LG has shown conclusively that being one of the Nexus manufacturers doesn’t necessarily translate across to great own-branded products. We’ll have to wait and see how good the Fonepad is; we’ve requested a review unit from the good folks at ASUS.