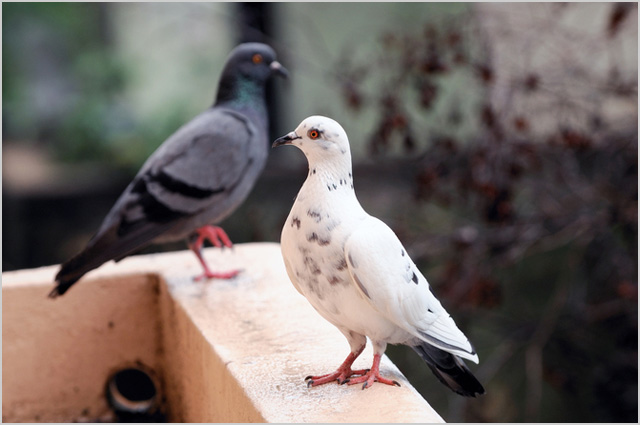 blog We couldn’t help but be amused by the brouhaha caused when smart cookie, self-confessed Liberal voter and Redditor James Brotchie created the very Web 2.0-ish site How Fast is the NBN, which attempts to graphically demonstrate the difference between the rival National Broadband Network policies of the two major sides of politics.

If you believe the pro-NBN camp, the site perfectly demonstrates the limited vision of the Coalition’s view of national telecommunications policy. A great demonstration of this ethos can be found on the website of local IT pro Kieran Cummings (@sortius). Cummings writes this morning:

“What Brotchie’s website shows is the minimum speed that a connection can get, it is factual, & it’s the dirty little truth Turnbull has shied away from admitting: the LNP won’t & can’t guarantee speeds above 25Mbps due to the limitations of the technology, yet the ALP can guarantee speeds of 1000Mbps. Not only this, Turnbull’s good mate Abbott did state “We are absolutely confident 25 megs is going to be enough – more than enough – for the average household”. Yep, Mr “I’m not a techhead” knows what people will need & has capped our future broadband at 25Mbps.”

We can get the opposite view of Brotchie’s effort straight from the horse’s mouth. Shadow Communications Minister Malcolm Turnbull on Wednesday published what we can only describe as an epic rant (matching Cummings’ at least). Rarely have we seen a politican demonstrate such effort and length to a massive attempted takedown of an amateur political comparison site this way. You have to at least give Turnbull credit for his energy. The Earl of Wentworth writes:

“The website linked to is inaccurate and intended to mislead. Senator Conroy’s new online BFF starts out by quoting Tony Abbott as saying he’s confident 25 megabits per second will be enough bandwidth for an average household. Labor and their apologists are attempting to twist this remark into something it is not, and present it as meaning the Coalition’s NBN will have a maximum download speed of 25 megabits per second.”

So who’s objectively right in this debate? Well, as it turns out … nobody. Or, if you want to take the more positive point of view, both sides are partially right. Firstly, as Stilgherrian points out on Crikey, Brotchie’s site doesn’t precisely compare apples with apples:

“The key problem with the website is that Labor’s NBN is portrayed as delivering 1000 megabits per second, or Mbps (i.e. 1 Gbps), download speeds and 400 Mbps upload (a pair of speeds usually shown, as it is on the site, as 1000/400 Mbps). This is contrasted with the Coalition’s 25 Mbps down and 5 Mbps upload. That comparison is unfair and misleading.”

It should be obvious, given the fact that the Coalition’s dominant fibre to the node technology offers varying speeds depending on how far users are from their local node, that its broadband policy will offer a sliding scale of speeds ranging from 50Mbps to 100Mbps for most users. Some users will actually be very close to the maximum speeds; especially if they are able to achieve speeds of close to 20Mbps from their ADSL connections today.

Of course, it is an unavoidable fact that Labor’s NBN policy offers higher speeds overall. Brotchie’s website does do a very good job of demonstrating this, and even Turnbull himself will freely admit that from this solely technical perspective, Labor’s NBN policy is obviously superior to the Coalition’s. But there are also other factors to consider.

For instance, one may perhaps wonder whether the difference between the two policies would be as visible at every point in time. On paper, Labor’s NBN project is slated to be deployed to millions of Australian premises over the next several years, and, again, on paper, it is also scheduled to be completed only several years after the Coalition’s alternative, meaning that by the year 2022, for example, with both versions of the NBN project having been completed by that point, it would be possible to equally compare both.

However, in practice, Labor’s NBN has not delivered on this benchmark. As a company, NBN Co was founded four years ago in April 2009, but as at the end of March this year, it had only succeeded in deploying its fibre to some 70,000 Australian premises (PDF). Personally, my opinion is that I have a great deal of confidence that the project’s delays so far are reflective only of the slow ramp-up period of any major infrastructure effort. However, it is also true that the evidence so far does not support this theory. The evidence so far supports the theory that Labor’s version of the NBN will take significantly longer than the Coalition’s, meaning that even on close to a decade timescale, Brotchie’s comparison may not be that valid, with even NBN Co executives such as chief executive Mike Quigley acknowledging that the Coalition’s FTTN technology is theoretically faster to deploy.

To give another example, most commentators tend to characterise the different approaches the Coalition and Labor are taking with respect to the NBN as broadly only fibre to the premises versus fibre to the node. However, in practice, the situation is more complex than this. For starters, the Coalition’s policy will see FTTN deployed to 71 percent of premises. If you compare these premises with Labor’s FTTP option, yes, speeds under the Coalition will obviously be inferior. However, the Coalition is also promising to deploy FTTP to some 22 percent of premises — those premises, such as greenfields estates, where it makes sense to do FTTP. If you compare speeds with these premises — a fifth of Australian premises! — with Labor’s vision, you would have to say the speeds will be the same.

And of course the Coalition has also held out the possibility that even those in FTTN areas will be able to pay several thousand dollars to upgrade to FTTP. On this basis, you’d have to argue that most Australians do theoretically have access to equivalent FTTP speeds — it’s just a matter of who pays for it. It’s also possible to say that the expected speeds from the six or seven percent of the rural and regional population which both Labor and the Coalition are planning to serve with satellite and wireless infrastructure would be the same.

In the global technology community, there has been a tendency over the past three decades to attempt to categorise all discussions into black/white dichotomies. You know what I’m talking about — Windows/Linux, iOS/Android, Outlook/Lotus Notes, Facebook/Twitter; the list goes on. Each side always has its supporters, and each only rarely admit that the other side has any merit at all, despite the fact that both can often coexist comfortably. This is precisely what we’re dealing with here when it comes to FTTN and FTTP.

However, as in so many cases, the situation is not as easy as a black/white dichotomy. You simply cannot break down the debate over a decade-long fundamental infrastructure project such as the NBN into black and white scenarios. It’s always more complex than that, with valid arguments on both sides. Sophisticated and knowledgable commentators such as NBN Co chief executive Mike Quigley had long acknowledged this fact (see Quigley’s speech in February, for example, where he acknowledged the advantages and disadvantages of various broadband technologies). It’s time the rest of the technical community did as well. None of the nuances or details I’ve mentioned above are visible in Brotchie’s site, which assumes a blanket FTTN or FTTP network for the NBN. But the NBN debate is a lot more complex than FTTN versus FTTP.