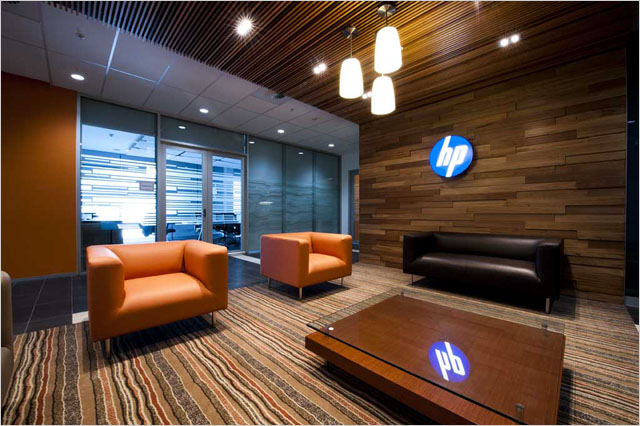 news The Australian divisions of global technology giants IBM and HP have suffered a relatively flat year in terms of revenue and profit growth, despite major initiatives in the rapidly growing cloud computing area by both companies that each would be likely to have hoped would have the potential to significantly boost revenue.

The pair are two of the largest technology companies to operate in Australia, and are widely considered to be bellwethers, or indicators, of general IT industry health, as they provide a wide portfolio of both goods and services in a number of different categories in the Australian market. Both this week filed their local financial results with the Australian Securities and Investments Commission (ASIC) for the year ended 31 December 2012.

According to IBM, its revenue for the past calendar year was almost identical, at $4.53 billion, compared with its revenue from the year preceding, which came in at $4.54 billion. Of that revenue, most was generated through services — $3.33 billion, with most of the rest coming from the sale of goods, and a small amount of incoming from ‘financing’.

Likewise, the cost to IBM of providing its goods and services over that period was virtually identical as the previous year, leaving the company with a similar gross profit of $1.18 billion. After other expenses were taken out, the company made net profits of $351 million, after it paid tax of $135 million.

Much of IBM’s operations in Australia have remained fairly consistent over the past decade, with its major corporate event in recent history being the 2004 sale of its PC group to Chinese manufacturer Lenovo. The company currently concentrates on its successful server and storage business, as well as its enterprise software offerings, when it comes to products. It offers a wide range of IT services to large and medium Australian businesses, holding some of the nation’s largest IT outsourcing contracts.

The company’s next large move may come if it also sells its server business to Lenovo, as Bloomberg reported several weeks ago that it was considering. Such a move would have the potential to severely impact IBM’s revenue in Australia.

Other current corporate moves under way by IBM include its push into cloud computing. In October last year, the company announced that its new production grade Cloud platform, SmartCloud Enterprise+ (SCE+) was available and fully operational in Australia.

IBM has a long history of offering cloud computing services and offers a multi-faceted cloud computing service offering to clients. Certain aspects of its software suites, for example, such as its Lotus Notes/Domino platform, can be purchased as a software as a service offering, and the company is also one of the largest providers of private cloud solutions in Australia — counting names such as the Australian Open on its local roster.

However, although the company has for several years operated dedicated cloud computing facilities around the globe, including public cloud offerings with shared infrastructure, the company has until last year been reluctant to deploy its own infrastructure in Australia. It has not yet announced any significant new customers for the platform.

Similarly to IBM, HP Australia also had a relatively flat year in terms of revenue, although it did book some improvement, pushing total revenue up from $3.37 billion to $3.54 billion. However, unlike IBM, HP appears to have gone through a number of high-impact corporate events in the past 12 months which have significantly affected its financial picture.

In calendar year 2011, the company was making only a minor proportion of its revenue — $647.74 million — from services, which are believed to mainly be sourced from its HP Enterprise Services division, mainly created when it bought IT services player EDS in 2008. However, over the past year that figure has doubled to $1.31 billion, indicating that HP has signed a number of major IT services contracts in Australia.

At the same time, the company appears to have radically overhauled its staff roster. The company’s employee costs, at $577.61 million in 2011, ballooned up to $931.7 million in 2012. There are two possible reasons for this increase. Firstly, it is likely that HP has needed to add on significant local headcount to deal with increased contracts. It had some 5,414 staff as at the end of 2012. However, it is also likely that some of those costs relate to payout costs associated with redundancies which HP was conducting in June last year as part of a massive global purge of its workforce.

Other aspects of HP’s local operation have also changed. The company made some $2.54 billion from selling its products in Australia over 2011, but that figure shrank to $2.2 billion in 2012, indicating reduced demand for its hardware and software. The news comes as Apple Australia has booked a massive increase in revenues over the past 12 months, indicating that some of the momentum in HP’s consumer business may have shifted to Cupertino.

Like IBM, HP is also pushing heavily into the cloud computing market in Australia. One of its major initiatives over the past several years has been the construction of a new $119 million datacentre in Western Sydney. Some of the company’s recent wins include Medibank, which revealed in September last year that it had deployed a HP private cloud, and Minerals and Metals Group in mid-2011.