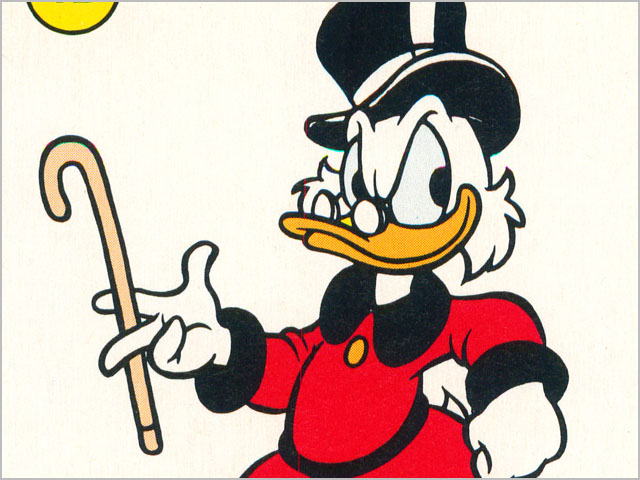 news Search giant Google has revealed it expects to pay just $74,000 in corporate income tax for the 2011 calendar year in Australia, off claimed local revenues of $201 million, despite the fact that industry estimates have continually pegged the search giant’s Australian income at closer to $1 billion.

In its latest set of financial accounts filed this week with the Australian Securities and Investments Commission, Google stated that it received some $201.1 million in revenue in the 2011 calender year in Australia. Expenses largely associated with its significant Australian headcount of 568 staff ($143.5 million) and advertising costs ($18.9 million) meant the company made a loss on paper of $3.9 million in that period. Both Google’s revenues and losses were up over calendar year 2010.

In the statements, Google accounted for just $74,176 in taxation for that year, compared with $1.1 million for the year previously. It had $46 million in cash and cash equivalents on hand as at the end of December last year.

“The company’s service revenues are generated under service agreements with Google Inc, a company incorporated in the United States of America, Google Ireland Ltd and Google Asia-Pacific Pte. Ltd, all of which have Google Inc as their ultimate parent company,” Google wrote in its ASIC filing. “As a consequence, the company is dependent on the operational support of Google Inc, for future revenues and profit under the agreement.”

Google Australia’s financial statements were audited by accounting firm Ernst & Young, with partner Meredith Scott certifying in the documents that the financial report of Google Australia “gave a true and fair view of the company’s financial position as at 31 December 2011”, and that it complies with applicable laws.

Since Google Australia’s financial statements were published, the company has come under significant criticism from various media outlets for the amount of revenue it declared, and the amount of tax it claimed it should pay.

The Australian newspaper reported that local analyst house Frost & Sullivan had estimated Google Australia’s revenue from the local ad search sector at closer to $940 million a year. The Financial Review listed similar estimates, but Google spokesperson Johnny Luu told the newspaper Google’s actual annual tax expense for the 2011 calendar year was $781,461, and that it complied with all relevant tax rules.

If it is true that its Australian revenues are close to $1 billion, the way that Google Australia accounts for its revenue does not appear to be consistent with the way other major technology companies account for their revenue in Australia.

In January, Apple, a major rival of Google, published its own financial statements for its 2011 financial year, noting that it made $4.88 billion from its Australian division in the year to 24 September 2011. The company made $190 million in local profits, and paid $94 million in tax in Australia. IBM Australia also filed its financial results over the past several weeks. The company made local revenues of $4.5 billion, with Australian profits being $428 million, and taxation taking a $119 million chunk out of IBM’s pocket.

In January this year, Mashable reported that Apple maintained much of its profits in so-called “offshore tax havens” which allowed it to stop the US Government from taxing it to the full extent possible in its home country.

In 2010, The Huffington Post wrote about IBM’s taxation purposes: “In December 2008, the Government Accounting Office reported that 83 of the 100 largest publicly-traded companies in the country — including AT&T, Chevron, IBM, American Express, GE, Boeing, Dow, and AIG — had subsidiaries in tax havens — or, as the corporate class comically calls them, “financial privacy jurisdictions.'”

However, in Australia, neither Apple nor IBM appear to use the same technique as Google with respect to tax accounting. The pair’s financial statements do not contain references to similar international subsidiaries in locations such as Ireland that Google Australia’s do, and both pay significantly more corporate income tax in Australia.

It’s not the first time Google Australia has been in a similar situation with respect to its taxable income in Australia. In May 2011, the company reported similar finances. In a statement at the time, a Google Australia spokesperson said: “Google complies fully with all relevant tax legislation in all the countries in which it operates, including in Australia. That means that we contribute to all relevant local and national taxation schemes – as well as providing employment for over 400 employees in Australia.”

opinion/analysis
In this article we have compared Google’s revenue disclosure and taxation approach to that of several other major technology companies operating in Australia; direct competitors of Google’s in several areas that also make significant amounts of money locally and are known internationally for their success in areas such as taxation minimisation.

However, neither company appears to take the same approach that Google does in Australia when it comes to disclosing how much money it is making locally and how much tax it is paying on those revenues. It appears that Google is going far beyond what large corporations such as IBM and Apple are doing in terms of taxation minimisation in Australia.

Of course, Google Australia does pay more tax than its ASIC statement would indicate — at the very least it would be paying many millions in income tax for the 500-odd staff it employs locally. And I’m sure that its spokesperson’s claims this week that its real tax figure in Australia is closer to $800,000 is correct.

However, that doesn’t change the fact that it appears as if fellow technology companies IBM and Apple are paying at least a hundred times more in real dollars in tax in Australia than Google is.
I don’t know enough about Australian taxation law to say whether Google is breaking Australian law with respect to its taxation practices. But what I do know is that if you asked anyone on the street locally whether a company which makes an estimated $1 billion in Australian revenues should be paying less than $1 million in tax, the answer would definitely be “no”.

When Google was founded in 1998, its infamous unofficial slogan was “don’t be evil”. Its current approach to paying tax in Australia does not appear to fit well with that slogan. Right now, Google is making hay while the sun shines off Australian businesses and consumers. And it is not contributing its fair weight back to the nation in return. I would encourage the Australian Government to change taxation law, if necessary, to make Google’s practices illegal; and I would encourage the Australian Taxation Office to conduct an investigation into Google Australia in the meantime.