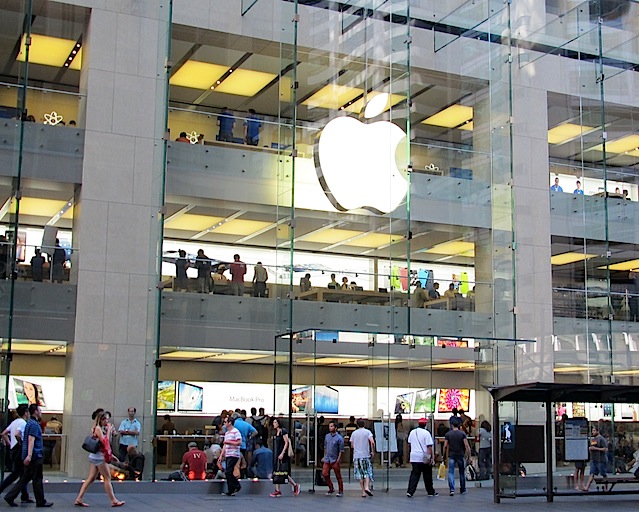 blog Even as it marks the tenth anniversary of online music sales through iTunes (read Bloomberg’s coverage here), Apple’s first profit decline in a decade has many observers contemplating the future of the pioneering company – and wondering whether Steve Jobs’ spirit of innovation has in fact passed along with the company’s co-founder.

While the company is still generating massive amounts of money – quarterly profits dropped to $US9.5 billion on revenue of $US43.6 billion, compared with $US11.6 billion on $US39.2 billion a year earlier – its gross margins dropped from 47.5% to 37.5%. This, despite a surge in units sold: the company sold 37.4 million iPhones and 19.5 million iPads in the quarter, up from 35.1 million and 11.8 million, respectively, a year earlier (see the ABC’s rundown of the figures here). This includes sales of the popular but lower-priced Mac mini, which may be eating into sales of the more expensive but higher-margin iPad.

As reported by Macworld (read the full story here), CEO Tim Cook admitted the recent decline in the company’s share prices has been “very frustrating” and that he remains bullish on the company’s prospects:

Apple remains very strong, and we will continue to do what we do best. We can’t control items such as exchange rates and world economies, and even certain cost pressures, but the most important objective for Apple will always be creating innovative products. And that is directly within our control.

Those are interesting results for a company whose previous quarter set records and, it was recently revealed, has built a virtual license to print money in the gadget-hungry Australian market – where the local operation revealed 2012 was a record year with 22.9% growth and revenues of $A5.99 billion.

Those figures come despite growing consternation over the company’s local pricing, which recently saw it hauled before a parliamentary enquiry to defend its inflated Australian prices – which it blamed on content rights holders in an unusually long statement.

That growth in sales was accompanied by a surge in staff, from 1505 to 2418 employees as at the end of September 2012. Yet despite its success in Australia as a jobs generator, the company paid only $40m in tax last year – leading to raised eyebrows from many observers.

So: if Apple is selling more devices than ever, but making less money from them, what are we to think of the company’s future? It’s hardly going to disappear overnight, but with competitors like Samsung launching a full-court press against the market-defining iPhone, the company is clearly going to have to fight harder than ever to maintain its position.

That’s especially the case in Australia where, despite the strong figures during 2012, Android-based competitors like Samsung and HTC have successfully built up significant cachet around their devices – and been rewarded with high profile and strong sales. In late 2011, consumer magazine Choice named HTC’s Android, with its popular Sense user-interface overlay, as being better than iOS.

The Apple world will be watching with bated breath to see what the company does next. Its iPhone 5 continues to prove popular, but there are suggestions its iPhone 5S – and companion iOS 7 operating system, which is rumoured to be include a major user interface overhaul – may finally see the company respond to the threat posed by larger-screened Android devices by offering an iPhone with a larger screen.

Then again, it may keep its design largely the same and try to innovate its way to market differentiation: a new Apple patent application suggested upcoming devices might include flexible screens that allow the phones to be twisted as an additional form of input. Whether or not that sort of functionality will help reverse the current slide, however, is anybody’s guess.