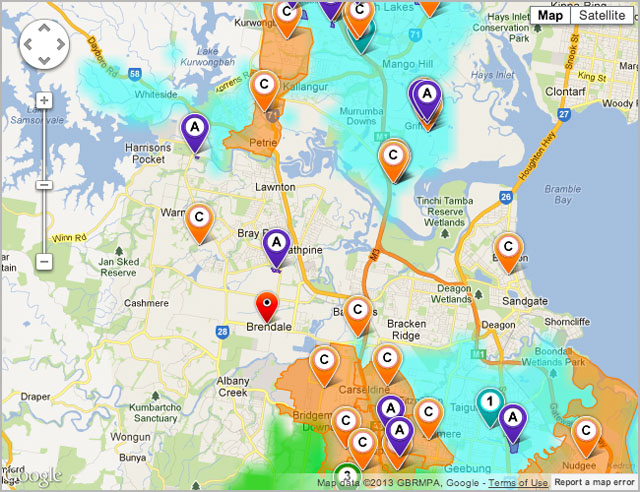 news Two Federal Coalition Members of Parliament have flagged their intention to conduct a door-knocking campaign in their Queensland electorates to garner support for a petition which would support faster high-speed broadband being rolled out to their regions; effectively, a petition in support of the Coalition’s fibre to the node rival NBN plan. 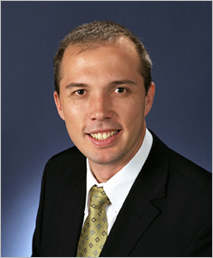 The two MPs, Peter Dutton and Seath Holswich, represent the Dickson and Pine Rivers electorates to the north of Brisbane in Queensland (Dickson contains part of Brisbane). The pair issued a joint statement in late January noting that they were dissatisfied with the rollout of Labor’s National Broadband Network project in their electorates and wanted to campaign for faster change.

In their statement, the pair pointed out that currently, businesses in the communities of Brendale and Strathpine were not scheduled to receive the National Broadband Network in the next 3-5 years.

“The rollout is taking too long and costing too much, and is not prioritising the areas with the worst broadband today” Dutton said. Mr Holswich added that he had met with business owners who had to invest in a deal with a telecommunications company, which cost them $15,000 to have a fibre run down their street. On top of that they are paying $1000 a month in line rental.

“This is not an affordable cost for small business owners in Pine Rivers and that is why Peter and I felt something had to be done,” he said. Dutton stated that the Coalition was committed to upgrading broadband sooner, cheaper and more affordably for consumers. “It will see existing infrastructure used where possible and use a mix of technologies to help benefit all users” Dutton said.

Holswich and Dutton said they planned to doorknock surrounding businesses and residential homes to gather signatures and Dutton would subsequently present the petition to the Federal Parliament later this year.

The pair are accurate in their claims that the adjoining Brendale and Strathpine areas are not slated to receive the NBN in the next three years under NBN Co’s existing rollout plan. However, it appears that Holswich and Dutton have been quite selective in choosing areas to criticise regarding the NBN rollout, as is evident from the map of the region above.

For example, directly to the south-east of Brendale, there is an extensive NBN rollout zone ranging from Bridgeman Downs to Carseldine almost to Geebung, where construction of the NBN’s fibre has already commenced, and there is another area to the right in Nudgee, Banyo and around the Eagle Farm Racecourse where construction has already commenced. There are other areas around that geography which are slated to receive the NBN’s fibre within the next one to three years.

It’s a similar situation to the north of Strathpine, where construction has already commenced around Petrie and construction is slated to start within one year on either side.

In addition, it’s not clear that Dutton and Holswich’s claims that the Coalition would roll out high-speed broadband to the regions mentioned are accurate. Currently, the Coalition has committed to a fibre to the node-style rollout, as opposed to the more comprehensive fibre to the premise-style rollout which constitutes the current Labor NBN project. However, the Coalition has also committed to requesting the Productivity Commission to undertake an extensive cost/benefit analysis into Australia’s broadband needs following the upcoming Federal Election, which could delay any infrastructure rollout by a period expected to be up to six months.

In addition, the Coalition will also need to rework NBN Co’s extensive contract with Telstra, which took more than a year to negotiate initially, and it will also need to sign contracts with construction companies and network equipment vendors for its fibre to the node rollout to proceed; a process which has occupied much of the first several years of NBN Co’s history after it was set up in mid-2009.

“There is no evidence whatsoever that the massive increase in speeds delivered by fibre-the-home will deliver any extra value or benefit to Australian households. Labor’s NBN is the least cost effective policy,” said Turnbull at the time in the joint media release. “The only thing that can be said for sure is that a national fibre to the home network, overbuilding and decommissioning our entire national fixed line customer access network, is by far the most expensive solution imaginable.”

Dutton and Holswich are also not the only Coalition MPs from seats in the Brisbane area who has recently criticised the NBN. In April 2012, for example, Turnbull also issued a similar joint media release with the Member for Bowman, Andrew Laming. At the time, the pair claimed that the NBN rollout in Brisbane “almost entirely” targeted safe Labor seats in the city, despite analysis having consistently shown no political bias in the NBN rollout and NBN Co itself strongly denying any such bias. At the time, Laming engaged in a war on words with a number of online commentators on Twitter with respect to the NBN project (see also Michael Wyres’ post on the subject here).

opinion/analysis
To be honest, I find it quite amusing that Coalition MPs have flagged plans to door-knock their electorates regarding the NBN issue. I suspect it will quite a fruitless exercise in general.

The first reason why I believe this is that the NBN has remained an overwhelmingly popular policy over the past few years. I believe frustration over the Howard Government’s anemic broadband policy was a minor factor in the 2007 Federal Election, and in the 2010 Federal Election internal Liberal Party analysis showed the Coalition’s poor broadband policy at that point was a substantial factor in the party not winning seats in key electorates in areas such as Tasmania. Since that time, independent polling has shown the NBN continues to enjoy enduring popularity as a policy.

When you couple this with the fact that the Coalition hasn’t yet released a hard communications policy to stack up against the Government’s firm NBN vision, and the fact that fibre to the node as a concept is a lot harder to explain than the “fibre everywhere” vision that Labor’s NBN project represents, you have to wonder whether Dutton and Holswich will have a hard time selling their message in their electorates.

I imagine that their efforts may actually stimulate some Queenslanders to become better informed about the NBN debate in general; and informally, history shows that when people become better informed about the NBN, they tend to support it. Queenslanders are a smart bunch and I expect they, like most of Australia, will continue to broadly support the NBN project.

Expect to see more of this kind of behaviour from Coalition MPs as the Federal Election in September gets closer, especially from junior MPs connected with Turnbull.