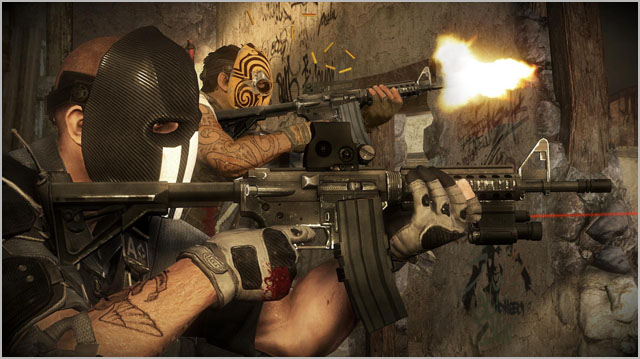 blog It was only a little over a week ago that the Classification Board approved the first R18+ video game to be launched in Australia in the form of Ninja Gaiden 3: Razor’s Edge, following new legislation supporting R18+ games taking effect on 1 January. And now we have word that that wasn’t an anomaly, with the news that the Classification Board has approved two more games as R18+ in Australia. Gaming site Player Attack (click here for the full article) reports:

Australia’s second R-rated video game has been revealed – and just like the first, it’s a little bit unusual. The land Down Under has now been given its first free-to-play adults-only title [Spartacus Legends], released only on Xbox Live and PlayStation Network – and it’s a television series tie-in, to boot.

And Kotaku brings us the news that there’s a third game to be classified R18+ as well (we recommend you click here for the full article):

Word has come in from EA that Army of Two: The Devil’s Cartel, the latest in a third-person shooter series based on cooperative play, is the third game to receive the new R18+ classification, for “high impact violence”.

We haven’t played Spartacus Legends, but we have played the original Army of Two game, and we have to say it’s a pretty decent effort, focusing on cooperative play. It’s a good thing that it’s able to be released in Australia unmodified. This isn’t the kind of game which you’d want kids to be playing — it’s really aimed at two adult guys hanging out, grabbing a few beers and cooperating to blast away some bad guys on their XBox 360 or PlayStation 3. ‘Adult themes’ abound here, and we’re glad to see it classified as R18+. Now if only Valve could deliver on its hints and deliver an uncensored version of Left 4 Dead 2 ;)