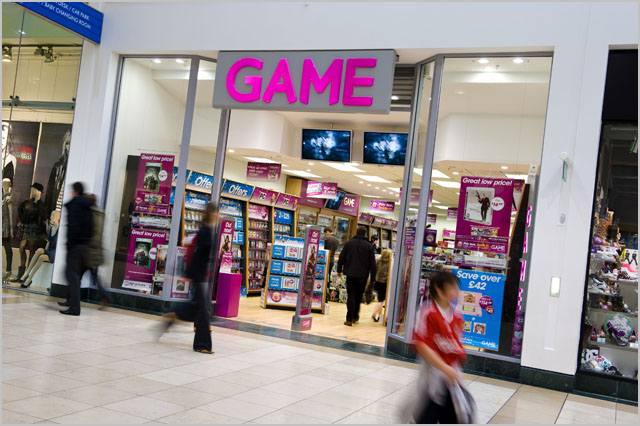 GAME has been struggling internationally for some time. Earlier this year, a number of major video game manufacturers began refusing to supply the company with stock because of a perceived ability for the company to be unable to pay its debts. In its home market in the UK, GAME went into administration several months ago and was purchased by investment firm Opcapita. In Australia, the company operates some 95 stores and staff numbers variously reported to be between 500 and 900, as one of the major local outlets for video games, alongside rivals like JB Hi-Fi and EBGames. Kotaku reported this morning:

“final confirmation came this morning when all GAME stores were sent an email stating GAME had gone into administration. GAME’s Marketing Manager also confirmed this to Kotaku Australia, but declined to give further details.”

Its financial difficulties in Australia — which resulted in reports that the company was looking for a buyer for its local operations — may have resulted in GAME locally putting some products on sale. In a prominent notice on its website, GAME Australia has published a list of major games which are on sale through its stores at the moment, including copies of major titles such as Zelda: Skyward Sword, Uncharted 3, Modern Warfare 3, Skyrim and more, for prices ranging from $5 up to $74 each.

In the UK, GAME had reportedly struggled with a speed of expansion which it may not have been able to support, as well as competition from online gaming distributors.

Companies such as Microsoft, Sony, Valve, Blizzard and EA are now distributing a large amount of video games through online platforms, and it is common for video gamers to download new content through the Internet rather than going into a physical retailer to buy a boxed copies of games.

For example, the major video game release this month is expected to be Blizzard’s Diablo III game, the successor to its Diablo II hit released a decade ago. When the game is released tomorrow, a large number of Australians will have already downloaded the game’s final release code and will only have to log in to their Battle.net online service from Blizzard in order to be able to play the game.

It is unclear what impact this phenomenon has had on GAME Australia, but internationally over the past few years, a large number of sales have begun to take place online rather than through physical stores.

Update: We have received the following statement from PriceWaterhouseCoopers:

GAME is a retailer of video games, games consoles and PC software & accessories and operates 92 stores across Australia, employing c.500 staff. TGW Pty Limited is a subsidiary of The GAME Group Plc, a UK public company which was placed into administration on 26 March 2012.

Kate Warwick, PwC partner, said, “Initially we will continue to trade all stores, operating these on as close to a ‘business as usual’ mode as possible whilst we get a clearer understanding of the current state of the business and actively pursue options to secure its future.” Ms. Warwick added: “Prior to our appointment, the company’s management had been exploring interest in investing in the business with a number of parties and we will look to see whether this interest can be harnessed to continue the business or part of it through the voluntary administration process.”

TGW Pty Limited’s UK based parent company faced serious cash flow and profit issues. “While we are still investigating the causes behind the Australian administration; the impact of the administration of its parent, an ambitious national roll-out combined with the current soft retail environment appear to be key factors,” said Ms. Warwick.

Further updates will be made to creditors as soon as more information becomes available.

Ms. Warwick also noted that the company’s customers hold various claims against the company under loyalty cards, gift cards and vouchers. Ms. Warwick said “We are working on schemes aimed at giving customers some return on these claims if they are used to make additional purchases.” Further details will be available to customers on-line or in store from appointment.

opinion/analysis
Well, bookstores all around Australia have started closing as the nation shifts to its new eBook reality (hello, Amazon Kindle and Apple iBooks), and now it’s the turn of the video game stores. Personally, I try and avoid buying physical copies of anything in 2012, and I know there are many others like me in the Australian community.

Why go to the trouble of going into a physical store to buy a game, when you can download it, often for the same price, from an online store? Why bother keeping a physical copy of a game on your bookshelf or stacked under the TV, when you own a digital copy, and can re-download it any time, as you can through platforms like Battle.net and Steam?

Perhaps the only reason I would go into retail video game stores in 2012 (and I am an avid gamer; about to finish Dark Souls for the first time) is when I want to trade in old games which I don’t play any more. However, as I often don’t buy new games until their online prices come down six months after launch anyway, I’ve stopped trading in many of my old games anyway. The whole physical gaming thing just seems so antiquated.

Of course, the online distribution model isn’t the only problem at the heart of GAME’s model. They’ve got stiff competition from other retailers anyway and low margins, and it looks like they’ve also botched some of their finances and management to boot. But in the long-term, you can’t help but feel that it’s the online channel which is the biggest threat to video game retailers — and rightly so.