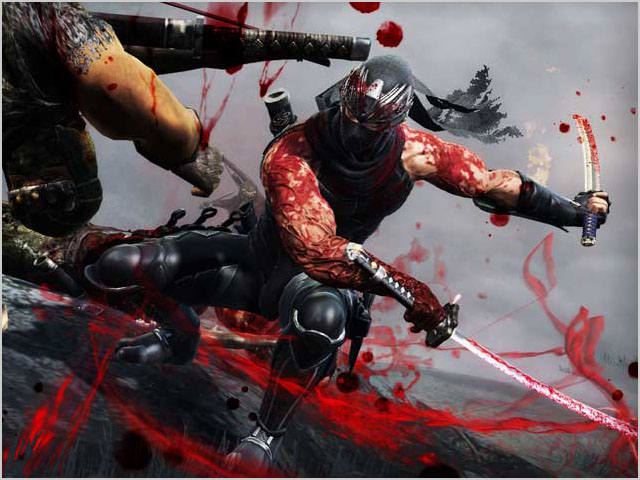 news The Federal Government’s Classification Board has revealed that it has classified its first video game under the new R18+ category, Ninja Gaiden 3: Razor’s Edge, following the delivery of amended classification rules last year after a long community campaign to see the new adult-only category implemented.

The lack of an R18+ classification has previously resulted in various popular video games such as Mortal Kombat and Left 4 Dead 2 being censored for the Australia market or refused classification so that they are unable to be sold locally. In the past, the highest legally available classification category for computer games has been MA15+.

However, the new legislation introduced in June 2012 amended the Classification (Publications, Films and Computer Games) Act 1995 and made a consequential amendment to Schedule 7 of the Broadcasting Services Act 1992, to introduce an R18+ classification for video games, as there is in other media such as film and TV. The R18+ category would inform consumers, retailers and parents about games that are unsuitable for minors to play, and also act to prevent minors from buying unsuitable material.

Strong support for this legislation has been evident during wide-ranging public consultation conducted over the past two years. The Attorney-General’s Department received 58,437 submissions in response to its recent discussion paper on the establishment of an R18+ classification category for computer games. Of these responses, 98 per cent were in favour of the introduction of such a category. The Federal Government has collaborated with State and Territory Governments on this issue, which will introduce complementary legislation. The Federal Government’s legislation took effect on January 1, 2013.

In a statement released late last week (DOC), the Classification Board revealed that Ninja Gaiden 3: Razor’s Edge for the new Wii U console would be the first game to be classified R18+, due to its ‘high impact bloody violence’. Director of the Classification Board, Lesley O’Brien, said: “Ninja Gaiden 3: Razor’s Edge contains violence that is high in impact because of its frequency, high definition graphics, and emphasis on blood effects.”

An application to classify Ninja Gaiden 3: Razor’s Edge was received by the Classification Board on 3 January 2013 from Nintendo Australiam but the decision to go with the R18+ rating by the Classification Board was finalised last week. The game was classified M (for ages 17 and over) by the Entertainment Rating Software Board (ESRB) in the United States and 18+ by the Pan European Game Information (PEGI) Scheme which covers most of Europe and the United Kingdom.

The Interactive Games & Entertainment Association, which represents game manufacturers and publishers, issued its own statement welcoming the move, which it said had taken place after ” more than ten years lobbying for the introduction of an R18+ classification for computer and video games”.

“The classification guidelines for video games are now more closely aligned with the guidelines for film and TV which makes it easier for parents to make informed decisions about the interactive content they choose to buy and play,” said Curry.

“It’s important for people to keep close attention to these ratings before purchasing a video game, but we also encourage parents to do their own research and read reviews about the game before they buy a game,” he added. “This also serves as a timely reminder for parents to update control settings to ensure children are only accessing age-appropriate content,” said Curry.
“It’s great to finally see Australian adults have access to video games designed specifically for mature audiences, after more than ten years working with government, families, businesses and the broader community to introduce an R18+ category.”

opinion/analysis
Good to see this move finally go ahead, and from the screenshots of Ninja Gaiden 3: Razor’s Edge that I’ve checked out this afternoon, the rating is highly warranted. The amount of blood and violence means that this is truly a R18+ game. Yet the Ninja Gaiden series is highly acclaimed, and there’s no reason that this adult title shouldn’t be enjoyed by adults in Australia. To be honest, I’ve seen plenty of horror movies with a great deal more gore than looks to be found in this game.