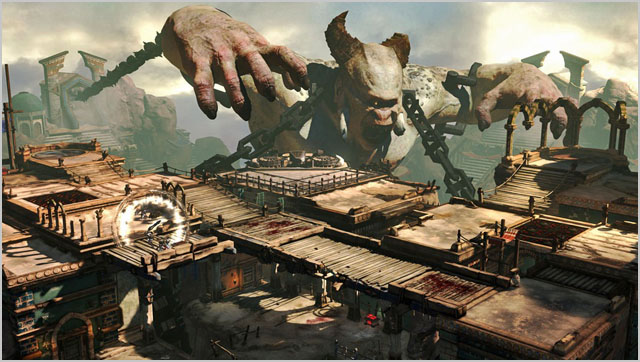 blog Thought the R18+ video game classification row in Australia was over, just because Federal Parliament has passed laws allowing games to be classified as R18+ locally? Thought you would be able to buy whatever video games you wanted now, completely legally, now that several R18+ games have already gone on sale? Think again. Or, at least if you live in Queensland. Kotaku brings us news (we recommend you click here for the full article) that the Sunshine State has has banned Kratos’ new blood-soaked romp, God of War: Ascension:

“We’ve just gotten word that God of War: Ascension has been classified R18+ and, given Queensland’s issues with passing the correct legislation, retailers have been advised that they cannot sell the game in that state.”

Frankly, this is nothing but a bad joke. All the Queensland Government had to do was comply with the national agreement which the Standing Council of Attorneys-General agreed to yonks ago, harmonising its local laws in sync with the new national regime. In fact, as late as December last year, it was believed that the laws would pass in Queensland earlier this year, meaning that R18+ games could be sold up north after February 7 this year. Looks like that hasn’t happened; so one of the biggest video game release of this year has been taken off the shelves … in one state only. If this isn’t the definition of imbecilic, I don’t know what is. Federalism: It’s a bitch.