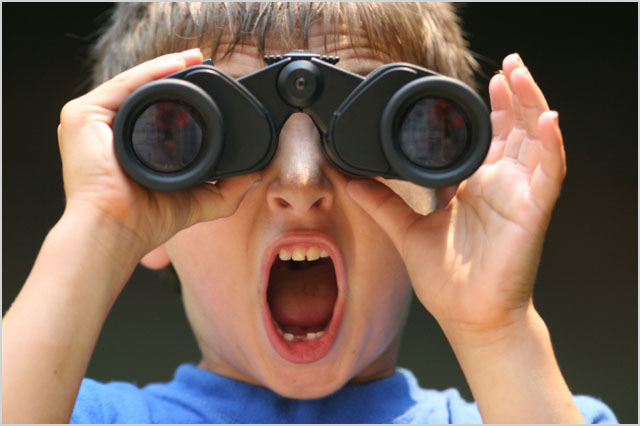 In the post, Bolt highlights an article published by US gadget blog Gizmodo, which references an article published this month in the Massechusetts Institute of Technology’s Technology Review journal. The article details how researchers at the institution have used a new math algorithm to speed up wireless access through eliminating the need to resent packets of data dropped during the wireless data transfer process.

The technology, known as ‘coded TCP’ has been tested in laboratory studies and licensed by several technology manufacturers. In one test conducted on a train between New York and Boston, the researchers were reportedly able to increase the amount of bandwidth from 500kbps to 13.5Mbps. MIT Technology Review reports:

“The technology transforms the way packets of data are sent. Instead of sending packets, it sends algebraic equations that describe series of packets. So if a packet goes missing, instead of asking the network to resend it, the receiving device can solve for the missing one itself. Since the equations involved are simple and linear, the processing load on a phone, router, or base station is negligible, [Muriel Medard, a professor at MIT’s Research Laboratory of Electronics] says.” However, the technology is less effective in environments where packet loss is not already being seen.

According to Bolt, who has been a long-term critic of the NBN and is broadly aligned with the conservative side of politics, the technology demonstrates undercuts the case for the NBN, which is predominantly using fibre to the home technology. In a post last week entitled “WiFi breakthrough. NBN looking worse.”, he wrote: “Uh oh. More evidence that the Gillard Government’s $37 billion wire-in-the-wall National Broadband Network could be the biggest white elephant in our history.” Comments on the blog appeared to be divided between agreeing with Bolt that the NBN’s fibre is not needed, and disagreeing, on the basis that fibre will be a future-proof technology that will deliver for Australia’s future.

Bolt’s comments are not the first time new breakthroughs in wireless technology have been cited as evidence for why the NBN’s underlying fibre infrastructure is not needed. In July 2011, for example, a new technology named DIDO, for ‘distributed input, distributed output” was revealed in the US, with NBN critics in Australia such as Shadow Communications Minister Malcolm Turnbull labelling the technology as evidence for why the Federal Government’s choice of fibre to the home technology for the NBN may not be the ideal option in the long term. DIDO similarly implemented a new mathematical algorithm for wireless data transmission.

The idea that Australia’s broadband needs could be served in future by wireless technology — especially 4G mobile broadband is also not a new one. It has been raised repeatedly by the Coalition over the past several years as an alternative to the fixed FTTH-style rollout which predominantly features in the NBN. The case for wireless as a future broadband replacement for fixed infrastructure has been strengthened by the huge growth in uptake of 3G and 4G mobile broadband services in Australia, with telcos like Telstra adding on more than a million new customers a year. Just this week, for example, conservative commentator Alan Jones claimed that the future of the NBN was “clearly wireless”.

However, the global telecommunications industry is currently almost universally in agreement that in every country, telecommunications needs will continue to be served by a mix of fixed and wireless infrastructure, irrespective of new technologies such as DIDO and ‘coded TCP’, which in any case may take many years to become a commercial proposition sold by current major wireless vendors such as Ericsson, Nokia Siemens Networks and Huawei. The idea that global telecommunications needs could primarily be served by wireless is one held only by an extreme minority in the technology industry; similar to the way that climate change skeptics only represent a tiny proportion of the scientific community, with the overwhelming majority of scientists accepting human-created climate change as a tangible, evidence-based reality.

Bolt’s comments are also not the first time the commentator has strongly criticised the NBN. In August, for example, the commentator published a series of strongly worded blog posts over the past week arguing that the “gold-plated” National Broadband Network project is turning into the Federal Government’s “biggest financial disaster by far”.

opinion/analysis
There is a persistent phrase floating around Australia’s telecommunications industry right now which I think perfectly illustrates this kind of “wireless breakthrough” which commentators like Andrew Bolt and Alan Jones love to push as evidence for why the Federal Government’s fibre-based NBN project is the wrong model. That phrase is “atomic banana”.

Throughout the history of the NBN debate over most of the past decade, we’ve seen this kind of argument put forward again and again. A new and potentially revolutionary technology arises, the kind which could challenge our thinking about the future of the telecommunications industry. It’s only in research phase, and hasn’t been tested in real-world deployments, let alone made it to the point where it’s available for telcos such as NBN Co, Telstra or Optus to deploy. As it stands, these technologies are little more than theories emanating from research institutions like MIT.

If you work in the technology sector or follow it closely, you’re familiar with these kinds of announcements, as they happen a few times a year. But you don’t take them seriously until they actually make it into real-world products. These announcements aren’t really technology; they’re more pure science, produced by research and development teams. Eventually many scientific discoveries will make their way into useful technology, but usually that process takes many years, usually up to a decade, of work. These sorts of developments are a bit like informed crystal ball-gazing; if you follow them, you can get a broad outline of the way scientific research in the technology field is going, but they’re not concrete signposts or roadmaps.

Commentators such as Andrew Bolt and Alan Jones (remember the “laser beams”) are not specialist technology writers, and may be unaware of this lengthy technology development cycle. The fact that a new scientific breakthrough has been made in a given technology area does not mean that that breakthrough will end up being part of a real-world product that will be usable. And until it does, these sorts of scientific breakthroughs should be taken with a huge grain of salt. An atomic banana will not solve all of Australia’s broadband problems ;)